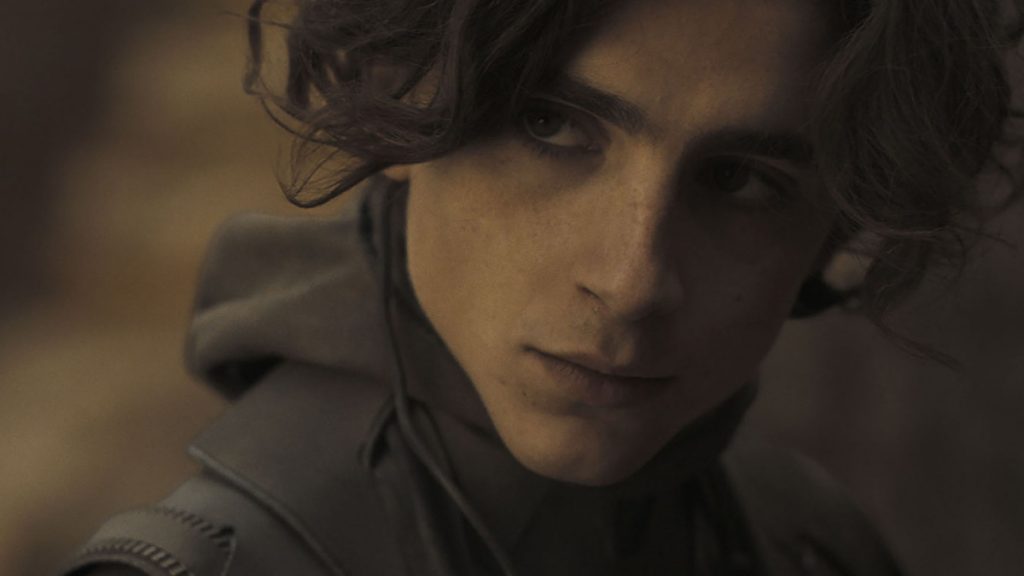 How ‘Dune’ the movie differs from the book

At nearly 200,000 words long, with a hefty amount of lore, Frank Herbert’s Dune was long thought to be unfilmable. Alejandro Jodoroswky’s failed production and David Lynch’s 1984 screen version famously struggled to translate the sci-fi epic to film. But Denis Villeneuve’s movie adaptation hews closely to the book. The novel’s scope, strangeness, and ecological messaging have finally, truly been captured on celluloid.

As with many good adaptations, however the movie does not strictly stick to its source material. Given the sheer scale of Herbert’s work, it’s only natural that Villeneuve and co-writers Jon Spaihts and Eric Roth would change some aspects of the story.

Die-hard book fans, don’t worry: There’s still plenty spice and sandworms to go around. From missing characters to that ending, here are the biggest differences between Herbert’s Dune and Villeneuve’s adaptation.

“This is only the beginning”

If you want more Zendaya, you’ll have to wait for part two.
Credit: Courtesy of Warner Bros. Pictures

As you can tell by the “Part one” in the title card or the film’s very abrupt ending, Dune only covers a portion of Herbert’s novel. About two thirds of it, to be more accurate. Villeneuve decided early on that he wanted to split Dune into two movies. It’s a solid choice that helps him avoid one of Lynch’s biggest challenges: the unenviable task of fitting 200,000 words of plot and worldbuilding into 2 hours.

However, it’s also a choice that has garnered a bit of criticism. Dune the movie leaves a lot of threads hanging. If you weren’t familiar with the book or Villeneuve’s decision to split it in two, I wouldn’t blame you for feeling short-changed. But it’s kind of like the end of another great movie, Empire Strikes Back: there is a lot of epic sci-fi action still to come. You’ll just have to wait for the (to-be-announced) sequel to see it. 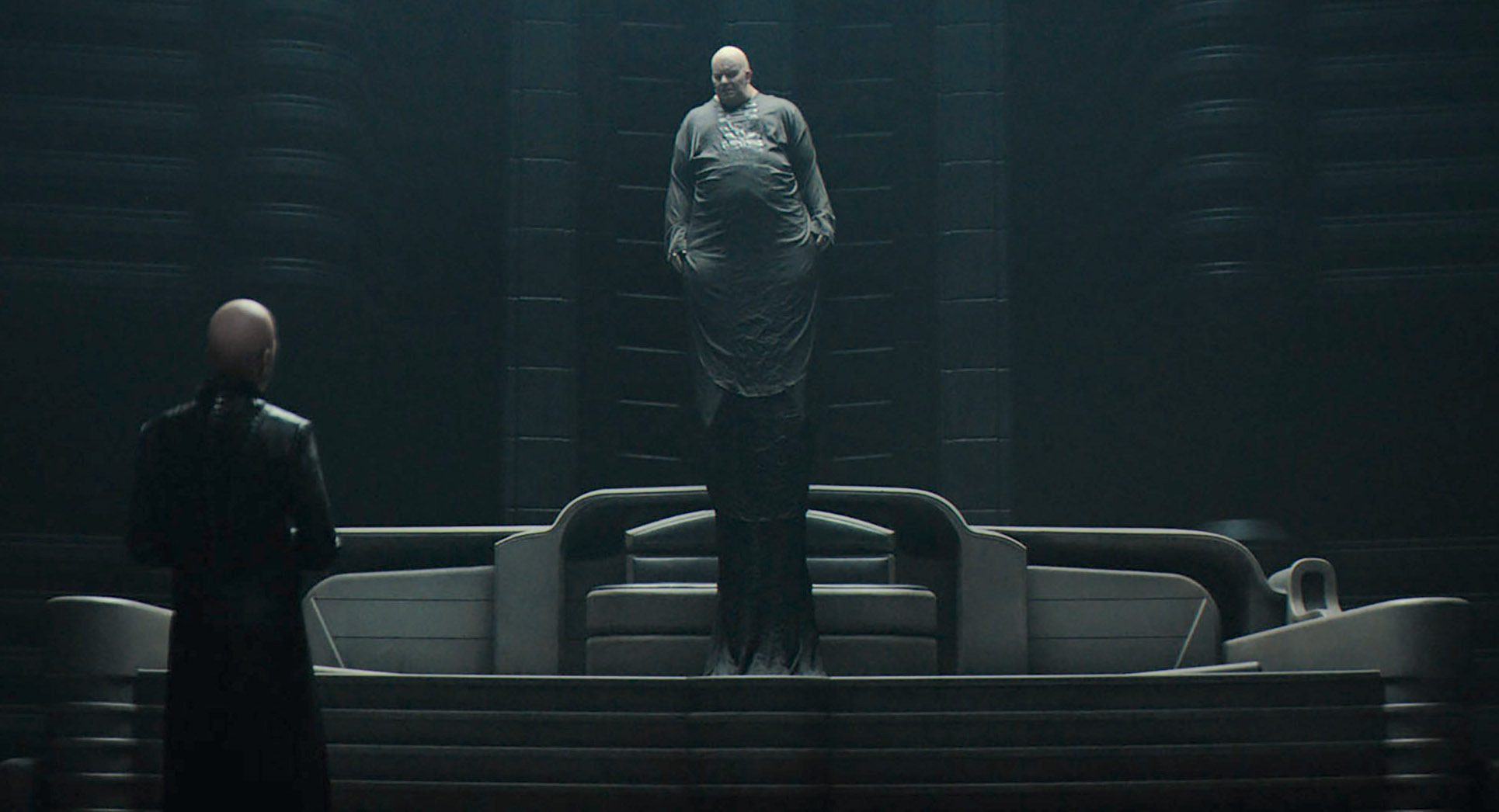 The weird floating Baron is in the movie — just not as much as he is in the book.
Credit: Courtesy of Warner Bros. Pictures

Dune is a heavily political novel featuring long discussions rife with subtext and veiled threats. Herbert often focuses on what’s going on inside his characters’ heads so readers can see their thought processes in real time, which is perfect for scenes of political machination.

Which is much harder to do in a movie without relying on voiceover, like David Lynch’s Dune did. And it’s a problem Villeneuve avoids by cutting the book’s most dense political scenes entirely.

The novel’s political centerpiece, an extended dinner sequence starring House Atreides and several of the most powerful people on Arrakis, is a notable omission. Which, given the fact that our Atreides “heroes” are shown wastefully pouring out precious water as part of an aristocratic ceremony, is probably for the best. It’s hard enough to like the superrich Atreides in 2021 as it is.

Who cares about the traitor?

Don’t mess with Lady Jessica: the movie chose not to have her be accused of treachery.
Credit: Courtesy of Warner Bros. Pictures

After the Harkonnens’ hunter-seeker nearly kills Paul in the novel, the Atreides realize that they have a traitor in their midst. The Harkonnens deliberately implicate Lady Jessica to sow discord. Even though Duke Leto knows Jessica would never hurt him, he plays along in an attempt to lure out the real traitor. Meanwhile, Herbert reveals early on that the real traitor is Dr. Yueh.

This entire sequence is missing from Villeneuve’s Dune — perhaps because so much of it takes place in dialogue or in people’s thoughts, but probably because it would involve a bunch of powerful male characters we’re supposed to like (including Oscar Isaac) ganging up on the movie’s only powerful female protagonist.

As viewers, we are somewhat aware that the Atreides have been set up to fail and that they are walking into a trap. But the traitor reveal comes after the Harkonnen attack is already in motion.

For a book and movie fan like me, this is the only change that doesn’t work. The knowledge of Dr. Yueh’s betrayal lends a tragic dramatic irony to the first part of Herbert’s Dune, making the fall of House Atreides even more painful (and frustrating) to watch. I can’t tell you how many times I yelled “the traitor is right there” at my copy of Dune.

Meanwhile in the movie, the Dr. Yueh reveal plays as an underwhelming twist with little meaning, especially since Yueh hadn’t had much more than a single scene in the spotlight up until that point. Who cares whether he’s the traitor? Luckily, the rest of the Harkonnen attack is appropriately devastating, and I couldn’t stay disappointed for long.

The mystery of the missing characters

Just as Dune cuts large chunks of the novel’s plot, it also cuts several characters. In losing the dinner scene, we lose out on meeting some key political figures, including a Guild banker and Esmar Tuek, a smuggler whose son figures into the plot later.

Also missing are Count Hasimir Fenring, advisor to the Emperor, and his wife Margot, who warns Jessica of the Harkonnen trap using a Bene Gesserit code.

But by far biggest character omission is that of Feyd-Rautha, Baron Harkonnen’s youngest nephew and heir to his house. Maybe it’s just because I adore Sting’s unhinged take on Feyd in Lynch’s Dune (see above video), but I really missed seeing this nasty character onscreen.

However, given the role Feyd-Rautha and the Fenrings play in the latter half of the novel, I wouldn’t be surprised if Villeneuve is simply saving them, along with the Emperor and Princess Irulan, for his second film.

Here’s hoping enough people watch Dune that we get a second film at all.