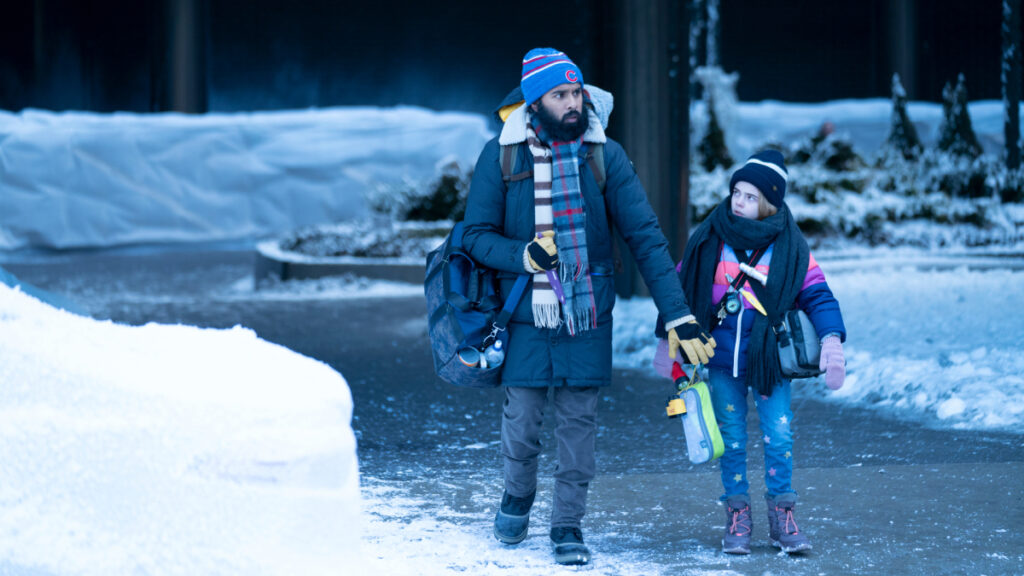 How HBO Max’s ‘Station Eleven’ is different from the book

HBO Max’s beautiful new miniseries, Station Eleven is a solid adaptation of the novel by Emily St. John Mandel. While it makes some big changes, it remains faithful to the spirit of the book, which is an important aspect of any adaptation.

Station Eleven moves back and forth in time, following characters like Kirsten Raymonde (Mackenzie Davis) and Jeevan Chaudhary (Himesh Patel) as they struggle to live through an apocalyptic flu. When she grows up, Kirsten joins the Traveling Symphony, a troupe of performers whose way of life is threatened by a dangerous prophet. Other storylines include the creation of both a Museum of Civilization and a comic book titled “Station Eleven.” There are a lot of characters and stories to juggle, and Station Eleven does its best to bring them all to life in a way that stays true to Mandel’s work and makes good television.

Here are the biggest changes Station Eleven has made so far. The following contains massive spoilers for the novel and the show, so consider yourselves warned.

With its first episode, “Wheel of Fire,” Station Eleven deviates from Mandel’s novel in a big way. In the book, Jeevan helps Kirsten find her guardian in the wake of Arthur Leander’s heart attack. That is the extent of their interaction. In the show, Jeevan offers to help young Kirsten (Matilda Lawler) get home after a performance of King Lear. As the episode progresses, a deadly flu rips through Chicago. (The location is another change from the book, much of which takes place in Toronto.) Realizing he needs to take shelter with his brother Frank (Nabhaan Rizwan), Jeevan brings Kirsten with him. And the three of them prepare to ride out the flu together

This change opens up an entirely new relationship for the show to explore and the opportunity to examine elements of these characters that Mandel didn’t touch on. Kirsten’s time before joining the Traveling Symphony is left vague in the novel (She was so young that she doesn’t remember the early days of the pandemic.) In tying her story in with Jeevan’s, Station Eleven promises we’ll see more of how she was forced to grow up during the apocalypse. It also suggests we’ll see how Jeevan and Frank deal with the responsibility of caring for her.

Aside from this merging of two storylines, the first episode tweaks Jeevan’s character slightly. In the novel Jeevan is training to be a paramedic, so he attempts CPR on actor Arthur Leander (Gael García Bernal). The show makes no mention of this fact or of his time as a paparazzo. Instead, he briefly alludes to working as a reporter or “cultural critic” before admitting he doesn’t have a job, suggesting that Station Eleven may be approaching his backstory differently than the novel.

Kirsten and Alexandra (Philippine Velge) meet a strange traveler named David (Daniel Zovatto) and his ward Cody (Luca Villacis). He hits the Traveling Symphony with a sob story, but Kirsten isn’t buying it. She picks up on inconsistencies in his accounts, rightfully points out that he’s creepy, then stabs him and leaves him for dead.

Despite Kirsten’s best efforts, David lives to be creepy another day. Station Eleven doesn’t confirm whether he’s the show’s version of the Prophet. But based on his strange ruminations about Day Zero pain and his threats to make the Traveling Symphony disappear one by one, it’s a big possibility. 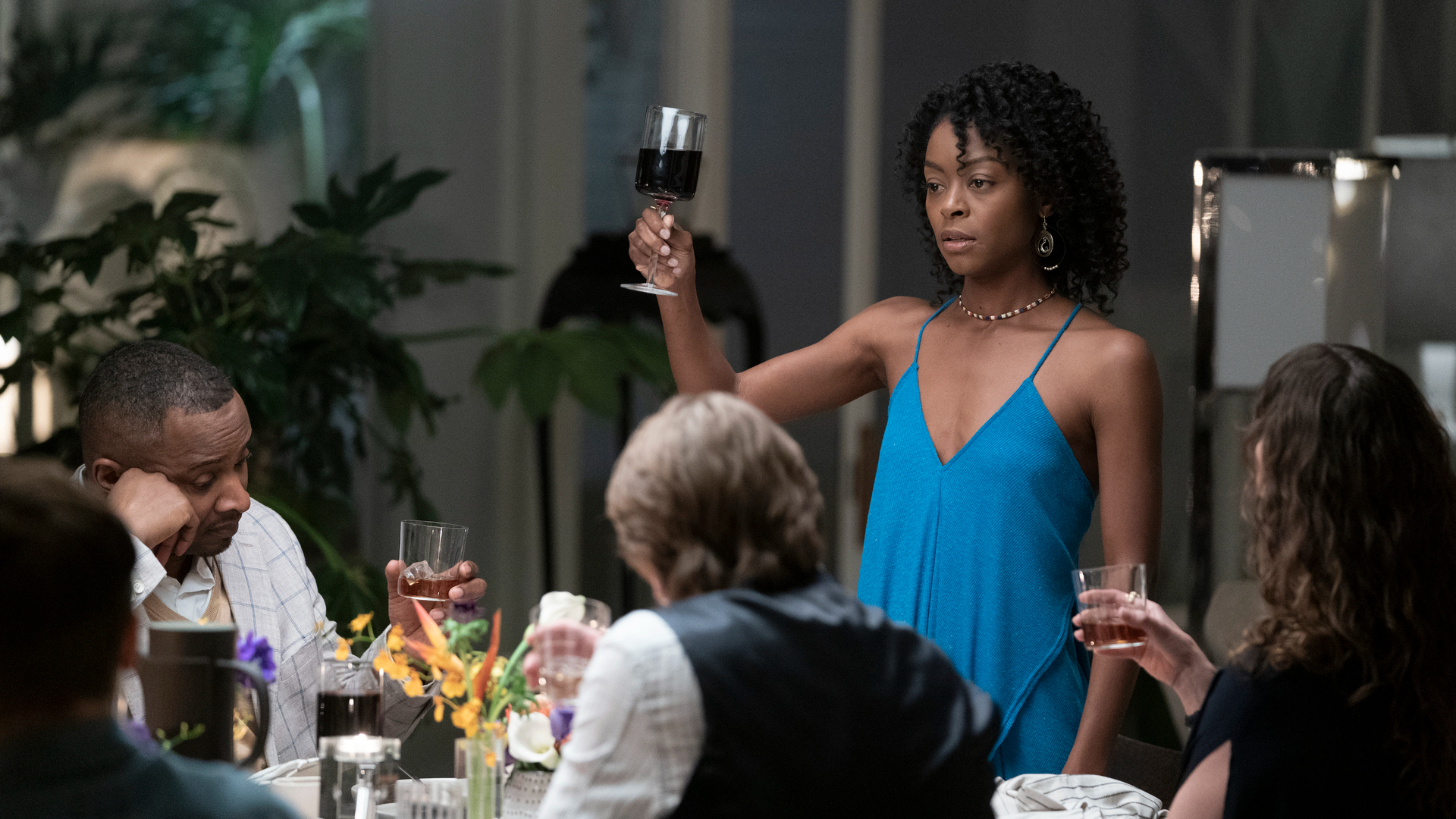 Miranda Carroll (Danielle Deadwyler) plays a big role in Station Eleven, given that she creates the comic from which the show and novel take their name. As well as being an artist, she is Arthur’s first wife. Their meeting in the show differs greatly from their meeting in the books. However, their marriage follows many of the same beats, including Miranda’s realization that Arthur is having an affair with co-star Elizabeth (Caitlin Fitzgerald) and the divorce it spurs.

In the novel, Miranda and Arthur both come from Delano Island, Ontario. They connect years after they’d each left the island, when Arthur is an established actor. Miranda leaves an abusive relationship to be with him, all while continuing to work on her comic book about Dr. Eleven. The show gives them a restaurant meet-cute, where Arthur asks Miranda questions about her art.

Even though the events leading up to their marriage differ between the books and the show, both versions of Miranda and Arthur share a similar dynamic. You can immediately understand how protective Miranda is of Station Eleven, a sentiment that remains throughout their marriage and culminates in Miranda’s rage when Arthur shows Elizabeth her drawings.

Station Eleven expands on Miranda’s pandemic experience in its third episode, “Hurricane.” In both versions, Miranda is in Malaysia when the pandemic hits. In the show, she attempts to escape from Malaysia on a tanker but stops when she learns of Arthur’s death. She remains stuck in her hotel with her pitch partner Jim (Tim Simons), whose attempts to remain casual about the situation mask his true horror. The results of this change are harrowing, giving us a clearer picture of hopelessness in the face of an unstoppable illness.

Station Eleven is now streaming on HBO Max, with new episodes every week.