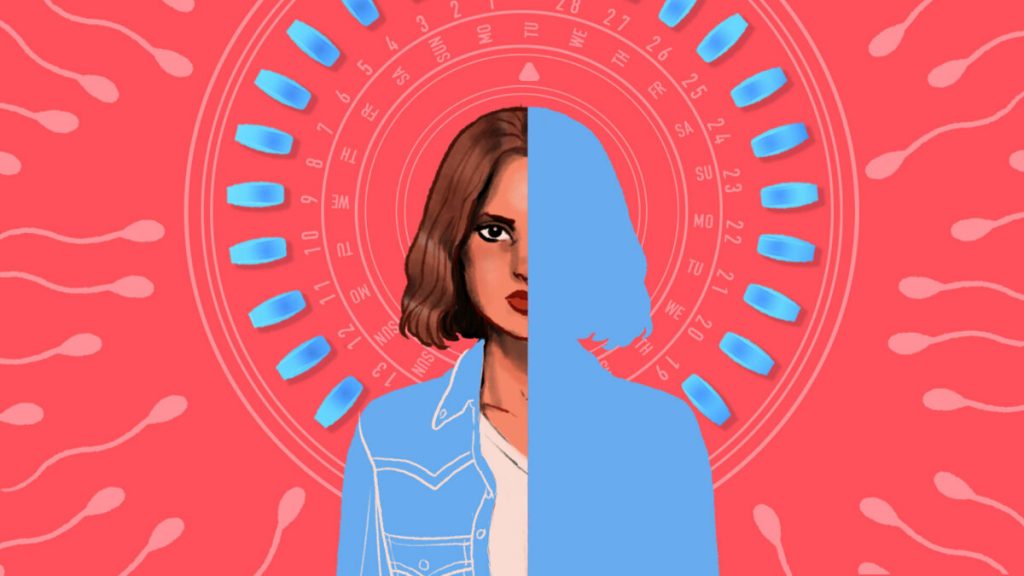 How women are pressured into using prescription birth control

In the 1960s, the FDA’s approval of the birth control pill was seen as a catalyst for the sexual revolution. Women celebrated what seemed to be a newfound freedom to have sex, and children, on their own terms.

Six decades later, the pill and other forms of birth control provide the same freedom for many. We’re learning, however, that the revolution came with a hidden dark side. From mental fog to pelvic pain, the pill can cause damaging physical and mental effects. What’s worse, pressure from partners, family, friends, and society itself — any time women are told they “should” be on birth control — has socialized everyone to believe it’s a woman’s responsibility to prevent pregnancy.

In her ironically-titled book Just Get on the Pill, out this month, University of Oregon sociology professor Krystale E. Littlejohn shows how birth control hasn’t been as empowering as society first hailed it to be, especially for marginalized populations.

Littlejohn’s team interviewed 103 women in the San Francisco area between 2009 and 2011. All were unmarried (as unmarried women are the most likely to have an unintended pregnancy) and from diverse socioeconomic backgrounds. Some gave birth, others didn’t. Some had undergone abortions. This research, affiliated with Stanford University and the University of California, Berkeley makes Just Get on the Pill an even more powerful read.

Littlejohn interrogates a phenomenon she calls “gender compulsory birth control,” an experience where women (and people socialized as women) are compelled to use birth control methods designed for their bodies to prevent pregnancy.

“We pressure folks who can get pregnant to make sure they’re the ones doing all the work to prevent it,” Littlejohn explained.

“We pressure folks who can get pregnant to make sure they’re the ones doing all the work to prevent it.”

Gender compulsory birth control pervades women’s lives, Littlejohn argues in the text. Parents often tell their female children to “just get on the pill.” Friends share pills and pressure each other to not get pregnant. Media stigmatizes teenage pregnancy and abortion with messages such as: It was the woman’s fault for not taking the pill, or she was misguided/stupid for getting pregnant.

Littlejohn referenced a Gilmore Girls clip, where a character implores her daughter to get on the pill when she suspects she’s sleeping with her boyfriend.

In broader society, we see gender compulsory birth control in the staggering amount of “female” birth control methods that have emerged since 1960: the IUD, the shot, the patch, the implant, the ring, and the gel.

A similar experience happens in other forms of healthcare as well. Female sterilization surgeries are covered by the Affordable Care Act. Vasectomies, which are simpler procedures, require less recovery time, and can be reversed, aren’t.

Go on the pill or risk getting called a ‘bitch’

Marginalized people in the United States (women of color, poor women, and women with disabilities) are especially familiar with the lack of autonomy around birth control, said Littlejohn.

“I felt struck by how disempowered some [women] felt around the experience of using birth control,” she said. Reading story after story of women feeling unhappy with the pill but staying on it because their partner or family wanted them to partly inspired Just Get on the Pill.

A common belief is that women choose to go on birth control, but that’s not always the case. The United States has a long history of forced sterilization, and we can see echoes of that today. A recent, famous example is Britney Spears, who couldn’t take out her IUD under her father’s conservatorship. Courts have also coerced women to get on prescription birth control by offering shorter sentences in return.

In less severe but still coercive situations, a woman’s partner insists she take birth control. One woman in Just Get on the Pill described a conversation with her partner:

I was like, “Well, you should just use a condom all the time and we won’t have to worry about anything.” And he got mad at me and was like, “You’re a bitch.”

The notion that this woman was a bitch for not using the pill, Littlejohn writes, demonstrates gender compulsory birth control. Her boyfriend pressured her not because the pill is highly effective, but because he didn’t want to use condoms.

Sex education in the U.S. often focuses on negative consequences of having sex, like unintended pregnancy.
Credit: bob al-greene / mashable

The “male” condom is seen as the default. External condoms are cheaper and more easily accessible, and much more popular than the internal condom.

These labels influence how people relate to different birth control methods. “When you have the most popular method gendered as for men, that shapes people’s experience using the method,” Littlejohn said.

If a heterosexual couple uses an external condom during sex, that condom comes in contact with both partners’ genitals. Yet, nearly 40 percent of women in Littlejohn’s research spoke about condoms in a way that only linked them to men’s bodies and actions.

In a 2017 Indiana University survey, 65 percent of women said they never bought a condom; only three percent said they carried condoms on them regularly.

Some women in Littlejohn’s research didn’t know how to put condoms on, either. “I left it up to him,” one of them said. While she didn’t quantify the number, the Guttmacher Institute, a research organization focused on sexual and reproductive rights, found that 32 percent of women aged 18-29 know little to nothing about condoms.

The responsibility of bringing a condom is hoisted upon the man. Considering that men claiming they don’t have a condom is a proven strategy for them getting out of having to wear one, our gendered assumptions leave women unprotected. When external condoms are so associated with the male partner, women’s bodily agency is affected.

Claiming external condoms as male “can make women feel less empowered to say they want their partners to use condoms,” said Littlejohn, “and make them feel like they have to be on prescription birth control.”

Thirty-seven percent of women in Littlejohn’s research stopped using hormonal birth control because they were dissatisfied. Their dissatisfaction is a central part, Littlejohn said, of why people who want to prevent pregnancy may not use the pill.

In recent years, women have started discussing the mental and physical impacts of the pill. However, doctors often dismiss these concerns when women bring them up.

Such an experience was described in Just Get on the Pill. When one woman went to her doctor saying the pill led to weight gain and acne, her doctor told her, “No one ever gains weight on this and no one gets acne…Everyone likes this.”

In her book, Littlejohn described her own experience on the IUD, which induced severe cramps, more frequent periods, and a year of spotting. Like many other women, she didn’t stop using the method despite the side effects. Only when completing this book did Littlejohn realize her experience was an example of gender compulsory birth control.

Changing the narrative around birth control

People socialized as women are still saddled with the responsibility to prevent pregnancy, but this can change.

Littlejohn suggests emphasizing shared responsibility when it comes to birth control and pregnancy. One way to do this is encouraging dual method protection, such as condoms and the pill together. This can be taught in schools and between families and friends.

In terms of policy, we can treat so-called “male” methods the same way as “female” methods. Healthcare providers can cover vasectomies as they do hysterectomies, and subsidize condoms the way the pill is free for some.

The birth control pill and its successors are crucial innovations for people of all genders. Littlejohn was emphatic about the importance of birth control and its accessibility.

At the same time, we must examine how we currently engage with it. “It’s equally important to me that we recognize that the promise of the pill lies in people being able to use it under their own free will,” Littlejohn said, “and not based on people trying to pressure them into it.”