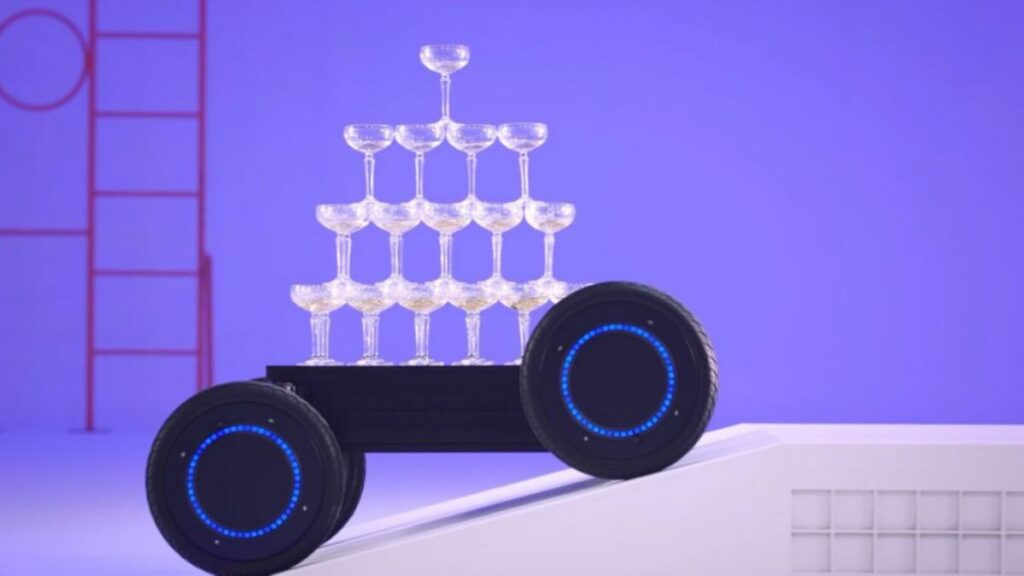 You know CES is approaching when you see automotive companies announcing weird robots. Case in point: Hyundai’s MobED (short for Mobile Eccentric Droid), a four-wheeled robot designed to carry your stuff around.

The MobED is essentially a large tray with wheels attached. Hyundai says it has an adjustable wheelbase and flexible steering angles, meaning it can get around without losing its cargo in complex situations and while riding over uneven surfaces. It has three motors and can go as fast as 30 km/h. It’s 67 cm long, 60 cm wide, 33 cm high, and has a weight of 50 kg. Interestingly, the wheelbase can expand to 65 cm for optimum stability when the robot is going fast, and scale down to 45 cm for low-speed manoeuvres in complex environments, Hyundai says.

Other specs of note include 12-inch pneumatic tires, and a battery capacity of 2 kWh, which is good for around 4 hours of driving on a single charge.

As such, the MobED can essentially carry anything, but Hyundai’s choice of examples for what it could be used for is pretty funny. In one example, the robot is carrying a pyramid of cocktail glasses. In another, it’s carrying a baby stroller; finally, in what appears to us the most realistic example, it’s carrying a digital screen of some sort, which could make it useful at airports, museums, galleries, sports venues and similar locations.

Would you let this robot carry your baby?
Credit: Hyundai

Hyundai will bring the MobED to its booth at next year’s CES, which kicks off on Jan. 5, 2022, in Las Vegas.