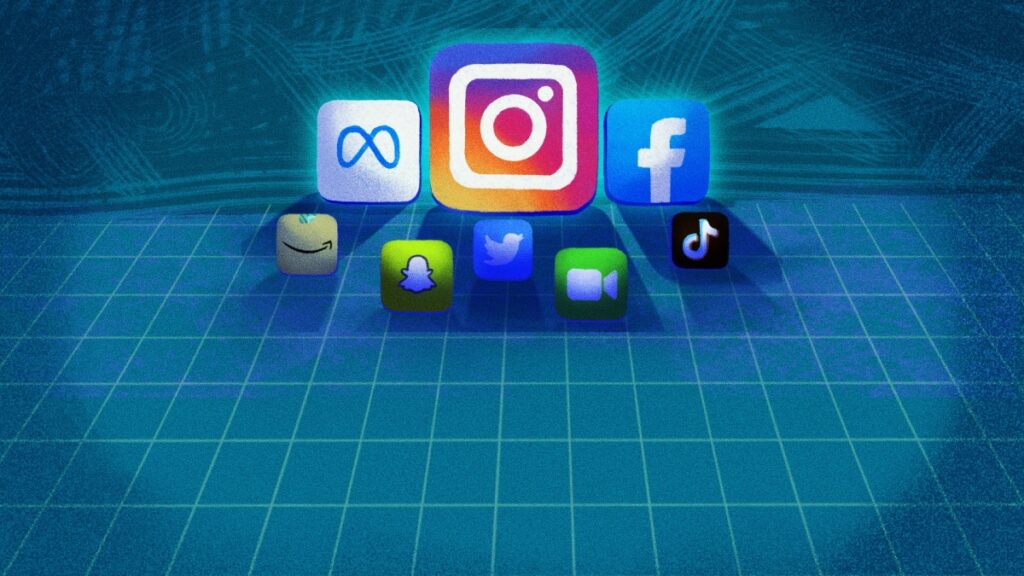 Instagram is becoming a one-stop-shop for all of your social media needs. And it sucks.

On the app, everyone can share links. You can go shopping. Influencers can create their own online stores, and more. With the help of Facebook’s newly rebranded Meta, Instagram is well on its way to becoming a super app — basically one app in which you can do practically anything. It’s a digital ecosystem all on its own, a place where you can go shopping and order a car and message your friends and set up doctor appointments. You don’t need to have any other app on your phone.

There are plenty of good reasons users might be attracted to a super app. It’s convenient, everything is in one place, and the user experience is simple as you don’t have to learn to navigate multiple different platforms.

But, as Instagram adds more and more tools, it becomes less and less useful. Scrolling through Instagram in the hope of finding a post from someone you actually know is like looking for a designer shirt in your size in the bargain bin during a semi-annual sale — you might find it, but it won’t be easy. That’s because the platform is now crammed with shopping ads and sponsored posts designed to turn Instagram into an ecommerce site on top of a social media platform. And when you aren’t inundated with products for sale, recommended posts fill up your feed in what appears to be a sad attempt of Pinterest inspiration that might keep users tied to their screens. Instead, it’s bothersome and frustrating. Posting on your grid has become secondary to posting on your stories. Shopping is more attractive than connecting. They launched reels, which is just a less fun ripoff of TikTok. And the messaging system simply isn’t that good. Instagram is starting to suck because it’s following the steps of a super app. It turns out, a place for everything feels very much like a place for nothing.

A place for everything feels very much like a place for nothing.

The lack of competitiveness within an app ecosystem can cause platforms to have less of a drive to be actually good. Usually, when you don’t like an app, you can leave it for another platform. When Facebook got lame, users left it for Snapchat and Instagram. As Instagram started becoming less fun to some users, they left the app for TikTok. But where do you go when you want to escape the one app that is necessary to do everything online? When there is smaller app to app competition because one app does it all, there’s less of a driving force for the developers to create something good.

“The extreme example is WeChat,” Kaniyet Rayev, the CEO of Appboxo, a startup that helps companies create mini-apps inside their apps. “Right now, there are 2 million mini-apps that are accessible in WeChat. Just to put that in comparison, I think the Apple app store has like 3 million apps. So they have two-thirds of that accessible in one app, basically.”

WeChat is based out of China, which has a sort of political ecosystem that makes it easier for a super app to thrive than, say, in the U.S. where there are some regulations that work to ensure a free market. But, according to Business Insider, there’s a list of Western companies, like PayPal, that are using WeChat’s framework to create their own mini-ecosystem.

But entrusting our entire digital life to one company might not be a smart idea — for our mental health, our privacy, or our general enjoyment.

“I think in general Facebook, unfortunately — as born out in the Facebook papers and documented by their own researchers — is willing to make tremendous sacrifices on as far as societal costs in order to maximize their own profits,” Jesse Lehrich, the co-founder of Accountable Tech, a ​​nonprofit working to reform social media in an effort to foster a healthier democracy, told Mashable. “And so, I think, in general, super apps are somewhat concerning because the whole point of a super app is that they’re for-profit companies trying to get users to never leave their ecosystem. That’s generally somewhat concerning, but is especially concerning when you have a company that has a 15-year record of putting its own profits before democracy and before the safety and wellbeing of minority communities.”

Is this the future we want?
Credit: Michael Nagle/Bloomberg via Getty Images

This comes in the middle of an intense time for the platform. In September, the Wall Street Journal began publishing a series of reports called “The Facebook Files” based largely upon leaked internal Facebook documents from whistleblower Frances Haugen. We learned that Facebook knew Instagram was harmful to the health of young people, and didn’t share that information with the public. Haugen testified in front of the Senate just days before the platform was shut down for nearly six hours when an update to Facebook’s routers went awry. Since then, more documents, called the “Facebook Papers,” have been leaked, which show a continued disregard for the health of Facebook’s users.

In the days following this, CEO Mark Zuckerberg announced the companies’ plan to build and lead its version of the metaverse: a massive interconnected set of experiences in a new online world. No one company will own this metaverse, but it appears to be Zuckerberg’s prerogative to ensure that Facebook, or Meta, will lead the space. And having one super app certainly aligns with that goal. But after the past few months of revelations, allowing Zuckerberg and Meta to hold even more power over our digital lives isn’t exactly what we want.

How do you hold a company accountable when it is the only one people use?

Rayev says much of that responsibility falls upon governmental regulations on everything from antitrust laws to privacy protections. But, as Lehrich says, that is “incumbent upon Congress to stop being Congress, and start actually doing things.”

Let’s be clear: Instagram is not yet a super app, especially not in comparison to WeChat. And one of the more glaring differences is in its bones: It’s simply built differently.

“Facebook and Instagram right now, they build each vertical in-house and then they just get suppliers of content to it,” Rayev said. “With ecommerce, they build their own ecommerce capability, but then you can’t redesign the experience. Whereas the mini-app experience is slightly different where you can build the way you want it, and then deploy it within the app.”

They’re years off from that, if it’s even what they move towards. But, as Zuckerberg announced at Facebook’s Connect event, they’ve got all eyes on the future. He said he wants Facebook to be seen as “a metaverse company.”

“As they move toward this new fangled internet that they conceive of — the metaverse — it seems like a pretty clear play to build that infrastructure and architecture, and to follow the playbook of the super app,” Lehrich said.

And that playbook is making social media worse for us all.