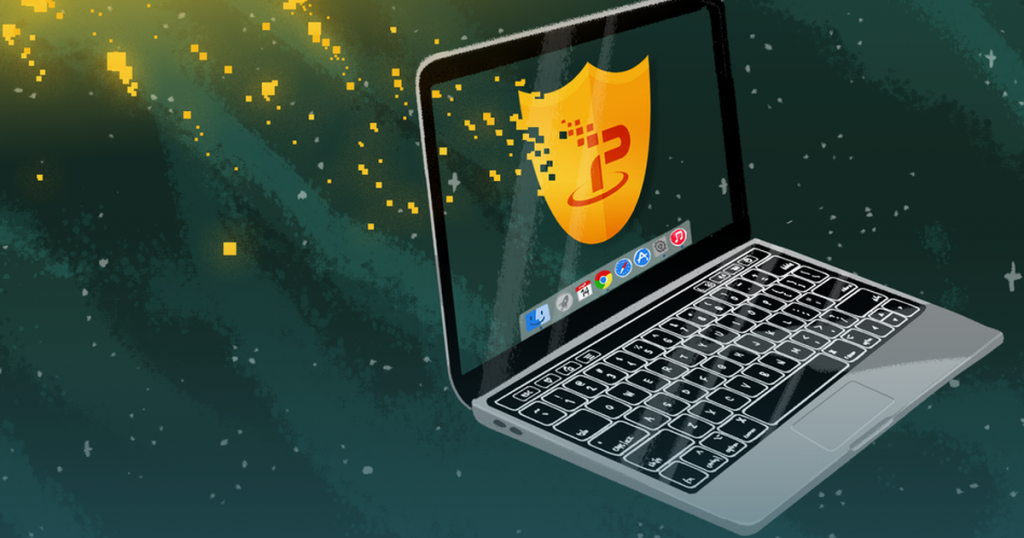 IPVanish review: A VPN that gets the job done

IPVanish is a passable VPN service, but its speed isn’t great and it doesn’t do enough to stand out from the crowd.

How does a VPN (virtual private network) stand out from the crowd today? With privacy concerns and a sheer number of quality options, even great VPNs may not get the attention they deserve.

Perhaps the best approach is a minimalist design with a bit of flair and backed by advanced security features. That way, the newcomer will feel at home using the default setting and know they are getting the privacy they seek. As they get comfortable, they can learn how to switch servers or experiment with other options.

Advanced users can tailor their experience right away and turn on any features they need to feel secure. The flair is just there because we’re all suckers for a bit of personality with our apps.

IPVanish offers lots of features and some great privacy options, but remains hindered by a cluttered interface, lackluster speeds, and some inconsistent privacy policies. While IPNVanish has improved, there are better options out there for your VPN needs.

IPVanish eschews most of that for a basic experience. There’s value in the service and the actual VPN service works, but will you give IPVanish a chance?

All VPNs need to do one thing and one thing well. Everyone connecting to the internet needs to do so through an Internet Service Provider (ISP). However, that means all of our online activity is in some way recorded by our ISP, and the door is wide open for those companies to use it for marketing purposes.

A VPN, however, will route your internet traffic through their servers instead of your ISP’s. This effectively masks your activity and location — perfect for anyone seeking a bit of true privacy.

The first thing I notice when using IPVanish is the almost retro feel of the app. It’s rocking a dark theme of green, black, and gray. There are hints of white and the Disconnect button is distinctly red. Good calls, color-wise. Another bonus is unlimited connectivity. Most VPNs limit the number of devices that can connect simultaneously. That’s not the case with IPVanish and that’s a nice feature to consider when choosing a VPN.

No fun map greets you to let you know where your VPN server is located. No cute naming conventions. Just vanilla drop-down menus and country flags. The only visual flair comes in the form of an active graph of your VPN activity. It feels dated, but I don’t mind that. And you shouldn’t either if you’re seeking a VPN that just works.

I do give credit to IPVanish for a brief tutorial. It’s minimal in detail, but provides the gist of what the app has to offer. You’ll learn about what a VPN is, how it routes your IP address through a server to mask your location, and how to select different servers. Simple, yet effective.

Everything you need can be found in the main menu. IPVanish defaults to a Quick Connect option to find the fastest server available. If you want to be specific about it, heading to the Server button reveals the global network of available servers. Some countries are better represented than others, which is standard for VPN services. The bulk of IPVanish’s servers are located in the United States with the UK a distant second, just ahead of the Netherlands.

While I mostly want a lightweight VPN service on my phone, I want a similar, seamless app experience for my Chromebook. I know it’s not the coolest device around, but it’s a solid and cheap workhorse. I can open it up, surf the web or edit some Google Docs. As my faithful web browsing device, I definitely want to cover my tracks on my Chromebook.

Most VPN services have an app for a Chromebook, but it’s not the same as the one you may download for a PC or Mac. VPN services typically use a proxy system to mask your web activity on a Chromebook. There’s a subtle, but distinct, difference between the two offerings.

VPNs do everything to mask your IP address by encrypting your data and funneling it through their server. Proxies don’t encrypt your data and act more as a relay system so you can quickly bypass any regional restrictions.

Instead of an app, I was greeted by a visual guide. I was told to head to my settings and change my connection to a default IPVanish server. It was simple and took no time to connect to IPVanish. There were even screenshots in case you were uncertain of the next step.

While everything worked, it was still a little underwhelming. This is how you set up your printer at work, not a VPN at home in 2020. We’ve gotten spoiled with the plethora of VPN services with minimalist apps and a simple button to turn the whole thing on. When there are so many options out there, having to manually install your VPN may be a non-starter for Chromebook users.

I’ve been spoiled by features on other VPNs. Both TunnelBear and NordVPN have multiple options within their respective Android apps.

IPVanish has just one additional security feature: Scramble. You can toggle the option to make your VPN activity look more like regular internet activity. This is a great feature to bypass stricter regulations and should be used by anyone in a country with restrictive internet laws.

And that’s it, feature-wise. There are a few additional security options, but they’re limited to auto start and connection preferences.

There are other major considerations when finding the right VPN for you. First, you need to look for leaks. If any data escapes from the VPN’s encrypted tunnel, you’re exposed. Any website you visit requests your IP address and the website should receive the new IP address from the VPN and not from your ISP. If that happens, you have a domain network service (DNS) leak.

Finding a DNS leak requires a quick online test. If the DNS leak test reveals two servers, you’re leaking data. I found there were no DNS leaks while using IPVanish across all my devices.

Another important privacy feature is the company behind the service. All VPNs have a privacy policy and some are way better than others. IPVanish claims to have a no logs meaning they don’t store any personally identifiable data.

Diving further into the policy, IPVanish states the only data collected from the website is used to verify a user’s account and payment method. That’s all great with one caveat. IPVanish’s parent company is headquartered in the United States, which has intelligence agreements with other countries. The Five Eyes Alliance is an agreement between the U.S., the UK, Canada, Australia, and New Zealand to share intelligence.

That intelligence sharing agreement added four more members—Denmark, France, Norway, and the Netherlands—to become Nine Eyes. Sweden, Germany, Italy, Spain, and Belgium also have intelligence agreements with these countries and the collective is known as Fourteen Eyes. If a VPN service is located in one of these countries, it could be compelled to send any data it has.

We need to talk about speed

Better privacy and security are the primary purposes for any VPN service, but speed counts, too. If your website is loading slower than molasses, what’s the point?

I pay for 50Gbps download speed from my ISP. Using IPVanish, I noticed significant speed drops on two different servers for my Chromebook. After seeing download speeds in the teens for the default server, I switched to another server in the U.S. Download and upload speeds were better, but still a significant drop from my standard service.

I experienced the same disappointing speeds on my MacBook Air. I was sent to a server in Las Vegas and experienced a massive drop in download and upload speeds. I switched to their Ashburn location and speeds were better, but still lower than my regular download speed.

UK download speed was fine, but it was another 30+ Mbps drop in upload speed. The Netherlands server fared worse. Since this original review a year ago, speeds have improved, according to the latest tests from and . There’s still some inconsistency, but overall performance has improved.

To be sure, IPVanish did its job and provided a VPN option. The app was minimal, but intuitive. The services were all there. It just fell short of other services. There’s just so much competition out there that when you’re figuring out if IPVanish is worth its monthly fee, the service will leave many wanting more.

Having thousands of available servers, P2P availability, and a no-log policy are all worthwhile features. IPNVanish is a good place to start your search for a quality VPN, but it might not your final choice.