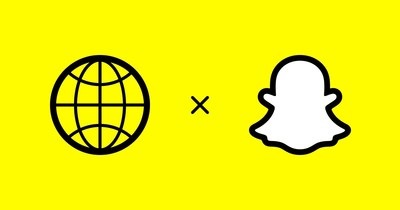 NEW YORK, Dec. 20, 2021 /PRNewswire/ — iTranslate launched API Integration for Lens Studio, a software that allows developers to create and publish lenses inside of Snapchat, at Lens Fest. Lens Studio is an application for artists and developers to build augmented reality experiences for hundreds of millions of Snapchatters, and includes built-in features like custom shaders and advanced tracking technology. With iTranslate’s API, Lens Studio now has real-time translation capabilities in over 50 languages.

“We are thrilled to have been chosen by Snap to power translation on the Lens Studio platform, and we can’t wait to see how creators and developers use our API to invent innovative, fun and rewarding experiences for Snap’s global community. Translation helps bring the world closer together, and we are on a mission to make fast, accurate and scalable translation available to everybody,” said Giordano Contestabile, General Manager of iTranslate.

The Remote Service Module of Lens Studio allows users to obtain data from external APIs and use them in their Lenses. Specifically, this module provides a scripting API to call the endpoints of an external API – in this case, iTranslate’s translation API. Developers can use the translation API in basically two ways:

In both use cases, developers use a provided script that translates Text or Text3D objects. To translate simple Text objects, attach the script to a Scene object that includes a Text component. After that, select the desired source and target language. For 3D objects, use the same script, attach a Scene object that contains a Text3D component, and select the source and target language again. As a plus, developers can extend the script to even more use cases.

About iTranslate:  iTranslate is the leading translation and dictionary app with over 200 million downloads, with a goal of enabling everyone to communicate in any language. iTranslate enables users to translate text, pages, photos, or start voice-to-voice conversations in over 100 languages. Since its launch in 2009, iTranslate has enabled travelers, students, business professionals, employers, and medical staff to read, write and speak in all languages, anywhere in the world. iTranslate is part of Mosaic Group, an IAC Company (NASDAQ: IAC).