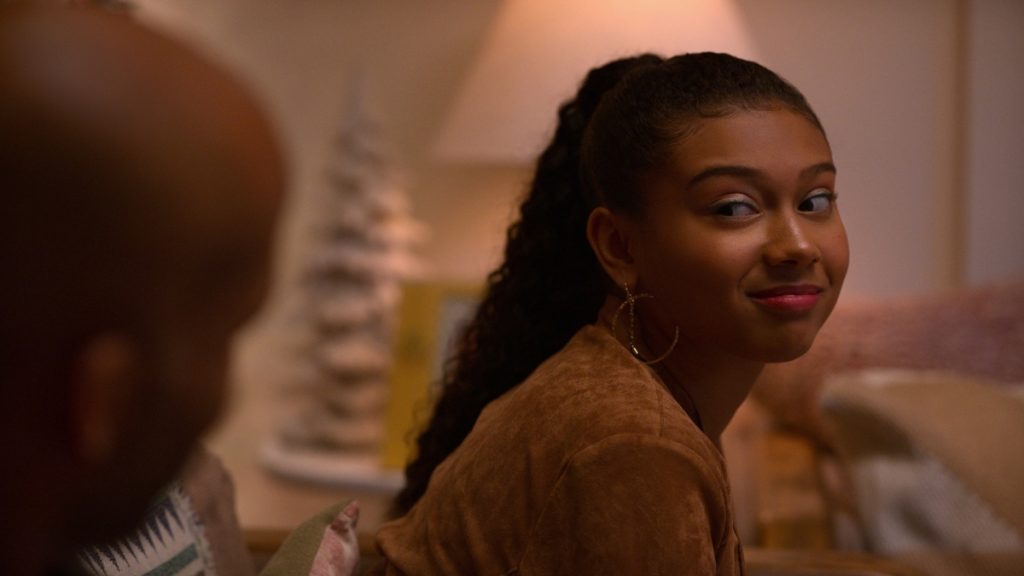 Four years ago, Netflix introduced a roster of promising new projects starring mostly unknown talent. These included a dubious Queer Eye reboot starring five guys no one had heard of and a quirky teen comedy called On My Block.

A challenging mix of comedy and drama set in a fictitious but unsafe Los Angeles neighborhood, On My Block wore its humor and heart on its sleeve from the first episode. Cesar (Diego Tinoco), Ruby (Jason Genao), Monse (Sierra Capri), and Jamal (Brett Gray) endeared themselves to viewers immediately, inviting us into Freeridge and their unique adolescent experience.

Four years later, the On My Block squad have grown from freshman to seniors. We catch up with them at the start of Season 4 and senior year, the fearsome foursome now estranged. Monse is the most removed, having taken a spot at boarding school, while Ruby and Jamal compete to be elected class president and Cesar takes over older brother Oscar’s role (Julio Macias) as gang leader of the Santos.

Classic high school tropes like senior nostalgia and prom prep don’t strike the strongest chord in On My Block, a show that was always about the crew at its center and their antics outside of school (like finding the long-lost Rollerworld money and confronting gang leader Cuchillos, played by Ada Luz Pla-Williams). At the same time, the Prophets/Santos tension feels thin without Cuchillos — and by the time stakes make themselves known, the conflict is over.

On My Block was always at least two shows in one, with Cesar’s life in the Santos and the other three trying to protect him and live normal teen lives. The dichotomy is still unstable in Season 4, but Tinoco’s portrayal of Cesar as a child batting out of his league is more assured than ever. The rest of the cast is as comfortable after years with their characters; Jessica Marie Garcia’s Jasmine, who went from guest to regular after Season 1, is especially fun to watch. We’re told but barely shown that Jamal has become the town’s hottest hookup ticket since we last saw him, an underwhelming arc that makes the character a bit of a dick to his friends and stifles the lovable weirdo plot lines at which Gray thrives.

But the character moments in On My Block remain its greatest strength by a mile. César and Monse fall into old patterns, drawn to each other as much as they crave a life outside of Freeridge. Ruby and Jasmine continue to be a vastly entertaining couple (even if they can’t stop banging long enough to eat dinner), and Jamal reunites with Ruby’s Abuelita (Peggy Blow) for some of the most poignant scenes in the series.

In the end, Season 4 is a little scattered, a little messy, sometimes devastating, and often sweet. It’s On My Block in a nutshell, and it’s a bittersweet graduation.

On My Block Season 4 is now streaming on Netflix.