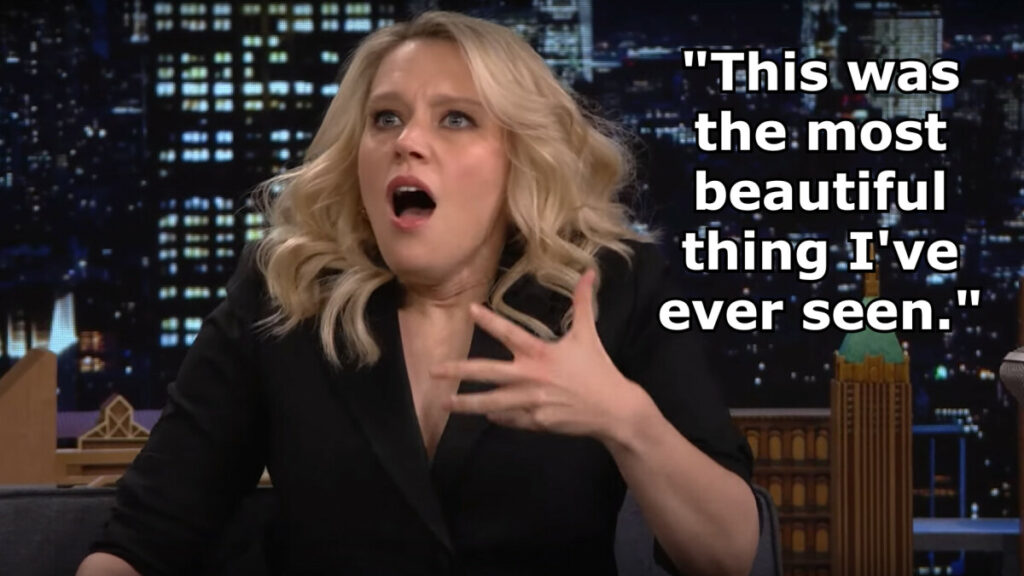 Kate McKinnon sat down with Tonight Show host Jimmy Fallon to gush about her time in Australia while filming her upcoming series Joe vs. Carole. However, while she was thrilled by Australia’s wallabies, kangaroos, and omnipresent slang, it was an equally omnipresent bird that excited her first.

“My first day [in Australia] I was walking on the street, and I saw what I thought was the most beautiful bird I’ve ever seen in my life,” said McKinnon, describing a large, white bird with a “long, elegant beak.” “And I was like, ‘What is this majestic heron just loose in the street? My god, I’ve been blessed here — this is a sight!’ And I asked some guy that I ran into, I was like, ‘What is this gorgeous bird?’ And he was like, ‘Oh, that’s a bin chicken.'”

The angry Australian animal Australians are actually scared of

More formally known as the Australian white ibis, bin chickens are called such by locals because they use their long, elegant beaks to fish scraps out of garbage bins. Though the birds are native to the country’s inland wetlands, drying conditions have pushed them into urban areas.

“[Ibises are] their pigeons, and they have about eight songs about how much they hate them,” said McKinnon.