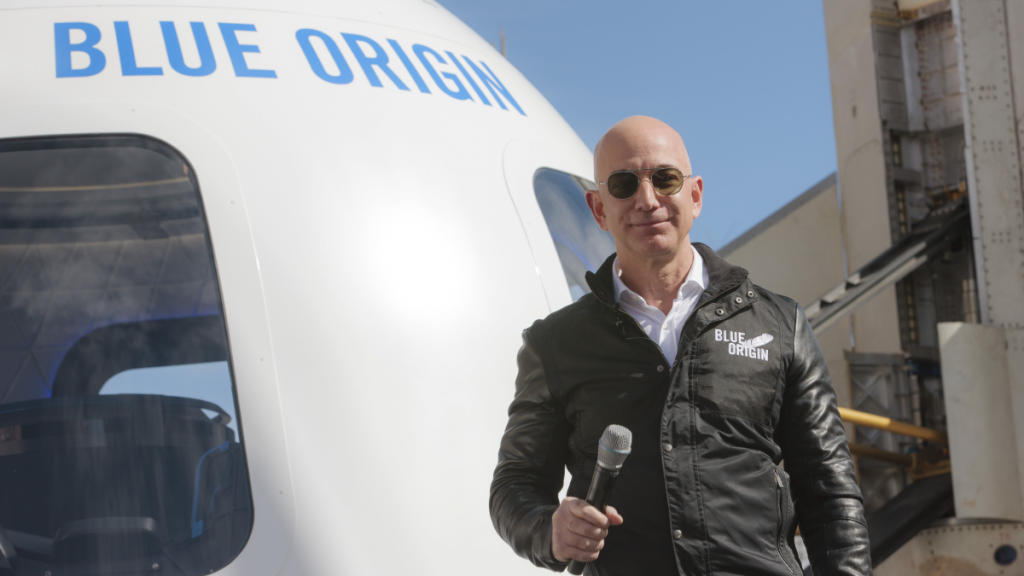 The space tourism company founded by the former Amazon CEO was approved to bring passengers to space aboard its New Shepard spacecraft, Reuters reported Monday. The upcoming crewed spaceflight was booked for July 20 back in June and will include Bezos, his brother Mark Bezos, legendary aviator Wally Funk, and a $28 million ticket buyer still to be announced.

Blue Origin’s six-passenger New Shepard travels more than 62 miles (100 km) past the Kármán line, the widely recognized height where space begins. Near the apex of the flight, the windowed passenger cabin detaches from the rocket and the astronauts experience zero gravity for a few minutes before descent. As the reusable rocket lands itself upright on the launch pad, a huge parachute allows the cabin to fall slowly to the ground.

The New Shepard has performed 15 successful test flights, including a rehearsal where astronauts simulated entry and exit procedures before and after the launch.

Blue Origin dissed Virgin Galactic’s spaceplanes in a tweet Friday, while hyping its own rocket’s features like bigger windows. The tweet also pointed out that the spaceplanes did not reach the Kármán line, topping out about 13 miles short.