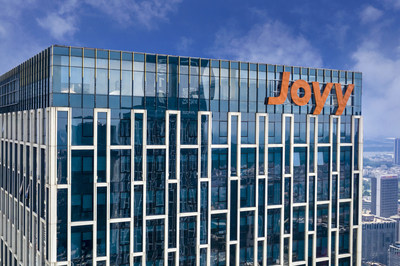 In 2021, JOYY’s board of directors authorized additional share repurchase programs for an aggregate of $1.2 billion. As of December 31, 2021, JOYY had bought back a cumulative $393 million of its shares, $235.7 million of which was out of the $1.2 billion newly added repurchase plan. Additionally, JOYY had paid out a total of $160 million in dividends. These efforts demonstrate JOYY’s confidence in the Company’s long-term growth prospects and intention to reward its shareholders for their long-term support of the Company.

David Xueling Li, Chairman and CEO of JOYY, commented, “In 2021, our business has demonstrated strong resilience despite macroeconomic uncertainties and challenges posed by the pandemic. As we continued to execute our globalization strategy and strengthen our diverse social entertainment ecosystem, we successfully enhanced our monetization capabilities across multiple products, achieving full-year revenue growth of 36.5%. The combination of the increased monetization of multiple products, proactive adjustments in marketing strategies, and enhanced operating efficiency across the board, has led us to full-year non-GAAP profitability not just for BIGO but for the whole group.

“As we turn to 2022, we will continue to localize our diverse global social entertainment ecosystems, expand our market reach, and fortify our leadership position in core geographic regions. As an innovator and a pioneer, we remain committed to our vision of bridging communications among people from around the globe to deliver joy and youthful experience to our users,” Mr. Li added.

In the fourth quarter, Bigo Live’s livestreaming revenues grew by 12.5% year over year as it continued to make headway with its growth trajectory in multiple geographic regions. In particular, revenues and paying users from Europe increased by 42.2% and 14.7% respectively, while revenues and paying users from Southeast Asia and other emerging markets increased by 16.6% and 24.4%, respectively.

Bigo Live also made additional progress in diversifying its content ecosystem, enriching localized content offerings, increasing its supply of premium content, and improving user engagement. The Company’s efforts to cultivate a diversified global content ecosystem have been fruitful in expanding Bigo Live’s product reach, as Bigo Live’s MAU grew by 11.9% year over year to 32.2million in the fourth quarter.

To provide users with a refreshing and immersive social experience, Bigo Live also launched new innovative product features in the fourth quarter, incorporating computer vision, virtual reality, augmented reality, and many other cutting-edge technologies. For example, a brand-new feature called “Virtual Live” was introduced, enabling users to create customized 3D digital avatars as their virtual representations. These avatars replicate the live body movements and facial expressions of users via camera when streaming on Bigo Live. As a result, Bigo Live’s average and cumulative duration of live streaming sessions increased year over year by 12.1% and 8.3%, respectively in the fourth quarter.

Likee also expanded the implementation of its Superlike feature to a broader user base. As a result, certified creators received nearly 6 times more in incentives through the Superlike feature in December than in September. Likee also introduced another new feature called Superfollow to enable content creators to publish exclusive content for their Superfollowers while earning a monthly subscription fee. All these new features provide more diverse monetization channels to content creators, enrich their interactions with fans, and incentivize them to produce more individualized and high-quality content.

In the fourth quarter, Hago continued its monetization growth momentum, as its livestreaming revenue and paying users increased by 32.1% and 33.9% year over year, respectively. The increase was mainly driven by the optimization of several fan engagement features and the launch of a new “couple” feature in dating-themed livestreaming rooms. Hago also upgraded its products to better satisfy user demand for multiplayer social interactions. With consideration for differences in user lifecycles and user origins, Hago implemented an updated recommendation algorithm for users to easily locate their favorite livestreaming rooms. As a result, in the fourth quarter, the penetration rate for Hago’s featured channels increased by 2.2% sequentially.

JOYY is a leading global social media company that enables users to interact with each other in real time through online live media. On a mission to connect people and enrich their lives through video, JOYY currently operates several social products, including Bigo Live for live streaming, Likee for short-form videos, Hago for multiplayer social interaction and entertainment, and instant messaging product and others. The Company has created a highly engaging and vibrant user community for users across the globe. JOYY was listed on the NASDAQ in November 2012.

This announcement contains forward-looking statements. These statements are made under the “safe harbor” provisions of the U.S. Private Securities Litigation Reform Act of 1995. These forward-looking statements can be identified by terminology such as “will,” “expects,” “anticipates,” “future,” “intends,” “plans,” “believes,” “estimates” and similar statements. Among other things, the business outlook and quotations from management in this announcement, as well as JOYY’s strategic and operational plans, contain forward-looking statements. JOYY may also make written or oral forward-looking statements in its periodic reports to the U.S. Securities and Exchange Commission (“SEC”), in its annual report to shareholders, in press releases and other written materials and in oral statements made by its officers, directors or employees to fourth parties. Statements that are not historical facts, including statements about JOYY’s beliefs and expectations, are forward-looking statements. Forward-looking statements involve inherent risks and uncertainties. A number of factors could cause actual results to differ materially from those contained in any forward-looking statement, including but not limited to the following: JOYY’s goals and strategies; JOYY’s future business development, results of operations and financial condition; the expected growth of the online communication social platform market in China; the expectation regarding the rate at which to gain active users, especially paying users; JOYY’s ability to monetize the user base; fluctuations in general economic and business conditions in China; the impact of the COVID-19 to JOYY’s business operations and the economy in China and elsewhere generally; and assumptions underlying or related to any of the foregoing. Further information regarding these and other risks is included in JOYY’s filings with the SEC. All information provided in this press release and in the attachments is as of the date of this press release, and JOYY does not undertake any obligation to update any forward- looking statement, except as required under applicable law.