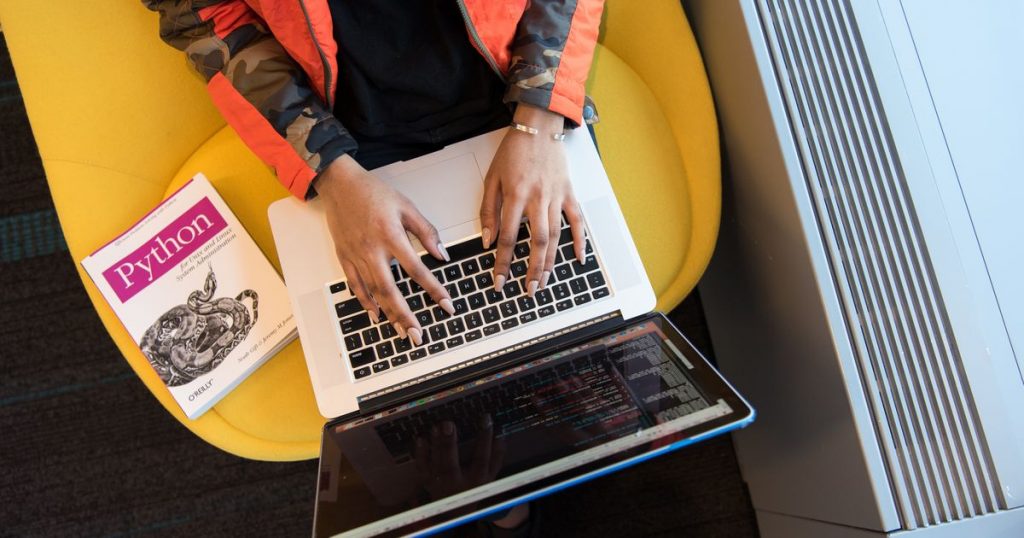 Jump into the programming world with this discounted Python bundle

TL;DR: The Ultimate Training for Aspiring Developers Bundle is on sale for £35.35 as of May 13, saving you 92% on list price.

For nearly a decade, JavaScript has remained the pinnacle of the programming world, with Java coming in as a close runner-up. It’s pretty much remained that way since 2012 when the analysts at started ranking the world’s most-used coding languages. Until now, that is.

For the first time, a non-Java or JavaScript entry has infiltrated the number two slot. And that happens to be the user-friendly, highly-adaptable Python language. Python is used for everything from UI design to AI software and continues to find a role for itself in new workloads and use cases – much like Java. In other words, Python hasn’t just found a way for itself to survive, but thrive, even as it faces more specialised competition. So, if there was ever a time for the uninitiated to get up to speed on everything this language can do, it’s now. Plus, do you have anything better to do with your weekend at home?

Whether you’re an eager developer looking for an entry point or a coding pro wanting to diversify your portfolio, this Coding with Python: The Ultimate Training for Aspiring Developers Bundle is a solid place to start. With six courses and over 90 hours of instruction, this in-depth training will introduce you to both the basics and more advanced elements of the world’s second-most popular and powerful programming language.

Top-rated instructor Jose Salvatierra will guide you through the elements of Python. Better yet, you’ll learn by actually doing, not just by watching. In one course alone, you’ll build eight different apps, including one that will notify you when prices of items in online stores go down. In the others, you’ll learn how to use Python for databases, web development, and web scraping; how to create resource-based, production-ready REST APIs using Python, Flask, and more; how to do automated software testing with Python; and how to give customers a better experience using Git.

If this all sounds a bit overwhelming, don’t fret. Salvatierra is a trusted teacher, with over 122,000 students enrolled, and a 4.6 out of 5-star rating. One reviewer said as a beginner in Python he was “able to grasp more and more every time (he) re-watched a video.” With lifetime access, you can return to the content whenever you need a refresher.

Usually, this training course would cost you nearly £495, but you can sign up for just £35.35 for a limited time.