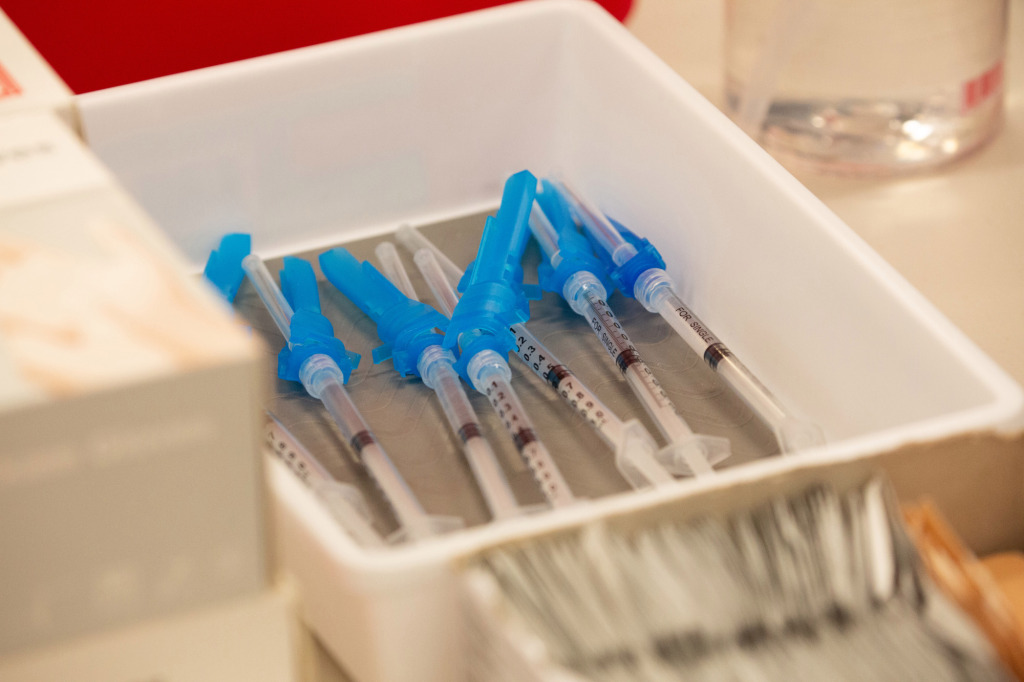 Los Angeles County will receive about 73,000 fewer vaccine doses next week compared to this week, mostly due to a reduction in the supply of Johnson & Johnson vaccines, which the county’s chief science officer Paul Simon said Friday was the result of vaccine shortages nationally.

The shortfalls came following a mishap last week at a Baltimore manufacturing facility where 15 million doses needed to be thrown out. Simon’s remarks conflicted with statements from Governor Gavin Newsom last week suggesting that supplies to the state would not be affected by the problems.

Among the 323,000 doses the county will allocate next week to its network of now more than 700 sites — including seven mass vaccination sites — 57% will go toward second doses.

In addition to vaccines distributed by the Department of Public Health, another roughly 200,000 vaccines each week are received directly from federal sources to multi-county entities, such as regional health systems, as well as directly to some clinics and pharmacies. Taking these vaccines into consideration and the county has been vaccinating on average 78,000 doses each day for each of the past nine days.

The pace puts the county on track to reach comfortable levels of herd immunity by late June, according to Simon.

“We continue to make steady progress in our vaccination efforts in L.A. County,” Simon said.

The vaccination and testing sites at the Pomona Fairplex will remain even when part of the complex gets converted in the days to come into a temporary housing shelter for migrant children, according to L.A. County Board of Supervisors Chairwoman Hilda Solis during an announcement Friday morning.

Dodger Stadium’s sprawling parking-lot vaccine clinic, however, was closed as the Blue Crew hosted its home opener on Friday.

So far, 4.7 million Los Angeles County residents have received at least one vaccine dose, including 70% of those residents 65 and older, which Simon said officials would like to see reach 80% or higher.

The county was also staying mindful of distributing the vaccine equitably given the floodgates of new appointment-seekers that will open April 15 when all residents 16 and over become eligible.

A sneak preview to the potential mayhem occurred Thursday after officials told residents that walk-up appointments were available at Cal State University Los Angeles for any resident 18 and over Thursday and Friday. But when word got out, the site became overrun with traffic and many people were turned away.

Gaps in ethnic and racial distribution were being closed with Black, Latinx and Native American residents all accounting for the largest increases in vaccine doses to 65 and older residents last week compared to a month prior.

“We are closing the gaps but we need to do it more quickly,” Simon said.

Another disparity Simon raised Friday: 30% of men have gotten a vaccine, compared to 44% of women. Similar breakdowns exist across race and ethnic lines, Simon said.

“We don’t yet understand why the significant disparity,” Simon said. “Some of the worker groups most eager to be vaccinated are more dominated by women than men, but I don’ think that explains.”

As more people become eligible, officials will be watching closely the rates of by community and race. Ways to ensure equity include single-use codes through the state’s My Turn website, designated sites for residents in particular communities and expanding the county’s mobile services and ability to use pop–up sites in the hardest hit areas, according to Simon.

The county’s daily case reports don’t include Pasadena and Long Beach, which operate their own health departments. Pasadena on Friday reported no new deaths and six new cases, brining its total cases to 11,169 and deaths remained at 339. Another 38 coronavirus cases were reported in Long Beach,  bringing the total so far to 52,436; the city’s death toll remained 920. There were 33 patients with COVID-19 in Long Beach hospitals.

Sign up for The Localist, our daily email newsletter with handpicked stories relevant to where you live. Subscribe here.