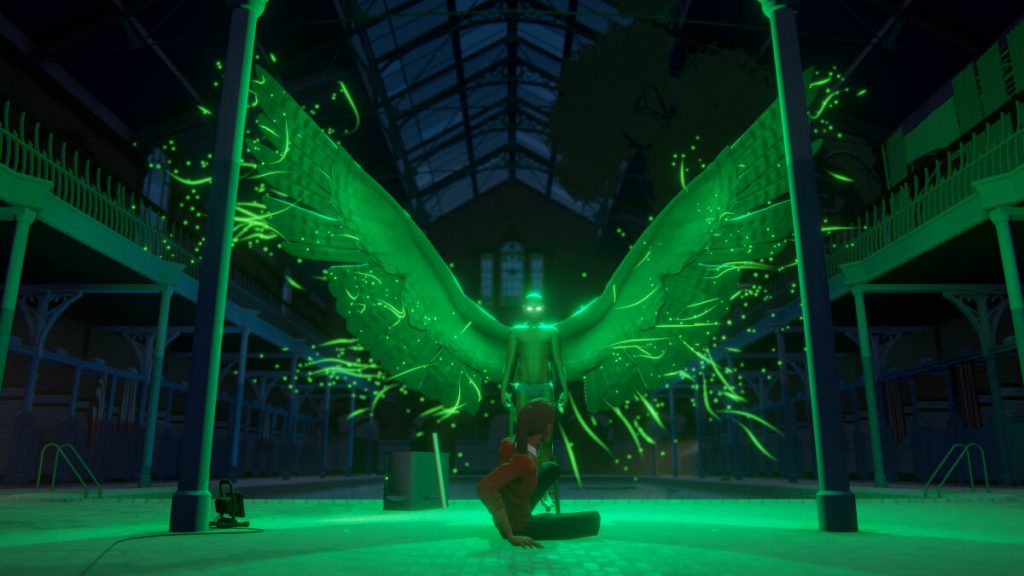 Last Stop feels like a story that could’ve been told without the video game built around it. But here’s a wacky thought: What if that was the whole idea?

The latest Annapurna Interactive–published game from Variable State, the three-person team behind 2016’s award-winning narrative mystery Virginia, is a three-headed beast of a story, literally. The bulk of the 7ish-hour adventure is actually split into three separate and tonally distinct plots following a trio of Londoners who each face an unusual predicament with supernatural undertones.

There’s John Smith, the ambitionless and disorganized single dad who clearly loves his daughter, Molly, but just can’t seem to keep it together in any aspect of his life. His daily grind of an existence takes a turn, however, when John and his kind of dickish neighbor Jack swap bodies, Freaky Friday-style.

Elsewhere in London, high schooler Donna Adeleke and her two friends Vivek and Becky become the perpetrators of an accidental kidnapping when they trail Vivek’s suspicious neighbor to an abandoned building and, in a moment of panic, knock him out. But are they kidnappers, really? Said neighbor doesn’t seem entirely human: He doesn’t speak, he brings lots of people to his apartment but no one is ever seen leaving, and…oh yeah, also, his eyes glow green sometimes.

Here we have John, in Jack’s body, feeling unsure about his choices and where they’ve led.
Credit: variable state

Finally we have Meena Hughes, a cold and calculating professional with a shady past and a ruthless competitive streak. In Meena’s robotic worldview, everyone is a set of data points to be measured in terms of how they can or can’t help her. She’s also an unfaithful wife and mother, and absolutely a sociopath. Meena’s journey is the most grounded up front, but as with the others, there’s something not quite right about the growing mystery that surrounds her.

The three tales are presented almost like individual TV series, complete with their own titles and logos: “Paper Dolls” for John, “Stranger Danger” for Donna, and “Domestic Affairs” for Meena. In a clever bit of framing, each chapter starts with the three protagonists sitting side by side in a London Underground train car. Select the episode you want to pick up, and its star stands up and leaves the train. Once you do all three episodes in a chapter, Last Stop moves on to the next one.

The stories themselves are completely engaging thanks to a mix of sharp writing and convincing performances from the voice actors. Last Stop never quite managed to captivate me with its gameplay — which is mostly just walking through scenes and choosing dialogue prompts — but the expert pacing in each brief chapter held my interest all the same and kept me hungry to find out what would happen next.

Like a lot of peak TV-era shows, “Last Stop” is actually stronger when you don’t binge.

I still would have liked to see Variable State take more stylistic leaps, however. My personal highlight in Last Stop was a middle chapter of “Paper Dolls,” in which John and Jack plot how they’ll each do their respective jobs after their consciousness switch. The whole thing is presented with the pace and patter of a heist planning session, a la the Ocean‘s movie of your choosing. It takes the story’s inherent family comedy vibes in a refreshingly different direction, to great effect.

Unfortunately, though, it’s a solitary example. Last Stop‘s three stories fit neatly into their own genres: surreal horror for “Stranger Danger,” conspiracy-fueled mystery for “Domestic Affairs,” and, as I said, family comedy for “Paper Dolls.” But none of them really manage to stretch their formal structures anymore than that one episode does.

The episodic, three-headed story approach also goes a long way toward making the unexciting gameplay a lesser concern. While I played, I got into the habit of tackling one chapter per night, usually a commitment of no more than an hour.

It turns out, that’s the perfect amount of time. I would sit down, get hooked anew on each of the three stories, and then be done before the moment-to-moment play started to get boring. Like an increasing number of peak TV-era shows, Last Stop is actually stronger when you don’t binge. I just wish it had a stronger finish.

The final chapter of Last Stop does away with the episodic approach, with the loose thread wrapped around all three journeys finally tightening to the point where the storylines collide. It’s an unexpected turn, certainly, but the plot points that tie everything together feel rushed and, in at least a couple cases, unearned.

Worse, the nagging feeling that none of the choices really matter, which stuck with me throughout my time in Last Stop, was fully realized in the game’s final moments. The wrap-up for the three stories boils down to a single, binary choice in each one that directly determines their respective endings. But in all three cases, there are multiple threads left to dangle and an overall lack of closure. 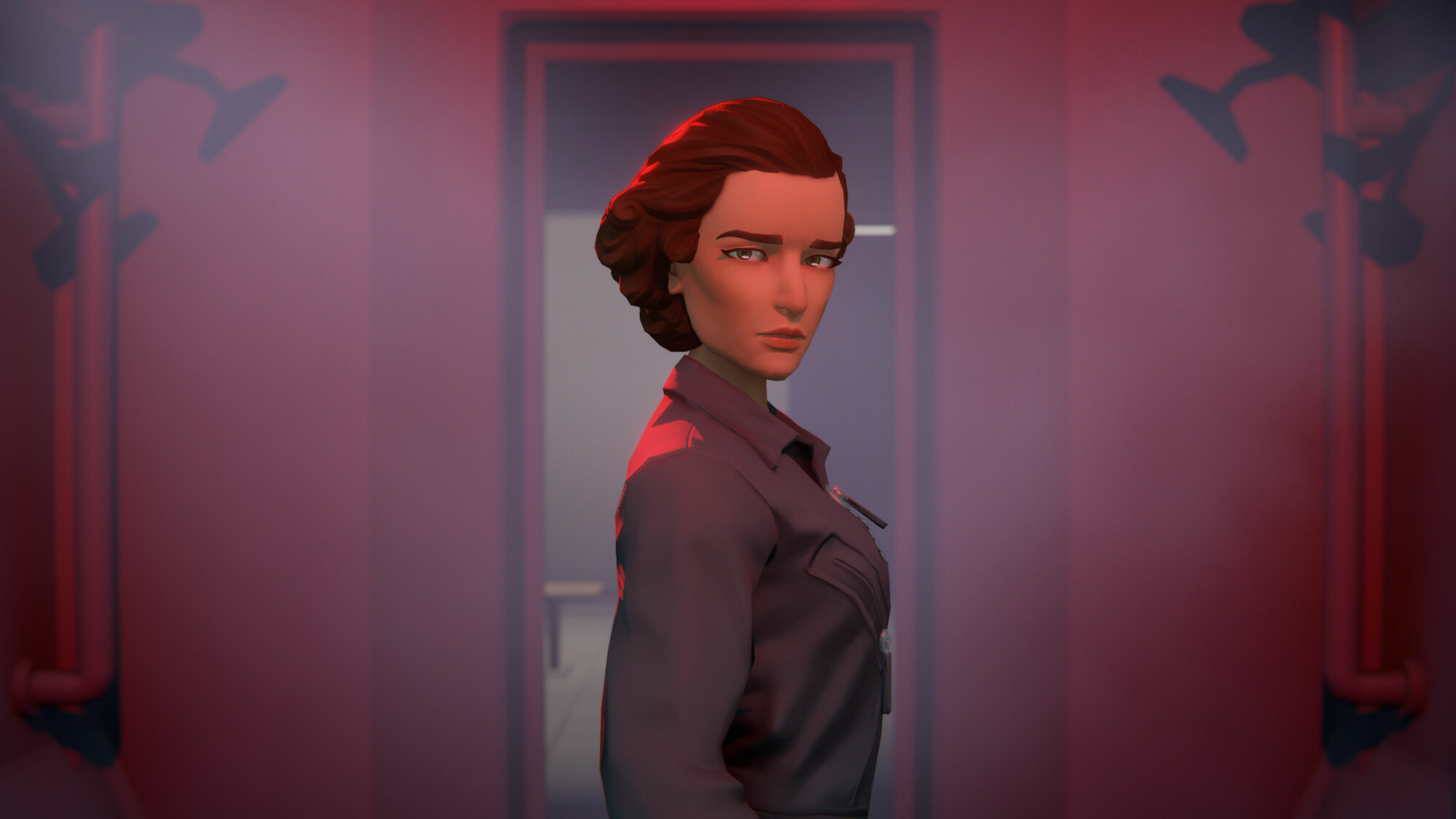 And finally, here’s Meena. Adulterer and cutthroat. Even when you become her throughout “Domestic Affairs,” she’s an enigma.
Credit: variable state

Those endings don’t undermine what is otherwise another engrossing narrative journey for Variable State. And when I look at the whole thing in hindsight, I can almost imagine what the studio might have been going for by making this a game as opposed to something else. When we’re consuming the latest Netflix or Hulu series, the impulse to multitask and reach for a smartphone is ever-present.

Here, though? Your hands are constantly on the controller. Almost every bit of dialogue is timed, too. Look away for too long, and you lose your agency in the story as the game decides for itself on the most appropriate response. The act of navigating through a scene and watching for dialogue prompts actually functions to keep you invested, and the breezily paced episodes keep that constant need to pay attention from getting too tiresome too quickly.

I wasn’t entirely satisfied with the ending, but Last Stop offers up a worthy journey all the same. You’ll enjoy getting to know these characters and living in their lives for a while. The feel of the play cuts closer to a visual novel than even Telltale-style adventure games. But Variable State was smart about it, depending on the question-raising stories and sticky pacing to keep us on the hook for more, and the minimal interactivity to anchor our attention to the game.

Last Stop is out for Nintendo, PlayStation, and Xbox consoles, as well as Windows PCs (via Steam) on July 22.

Related Video: These are the best beginner-friendly video games for your coronavirus lockdown