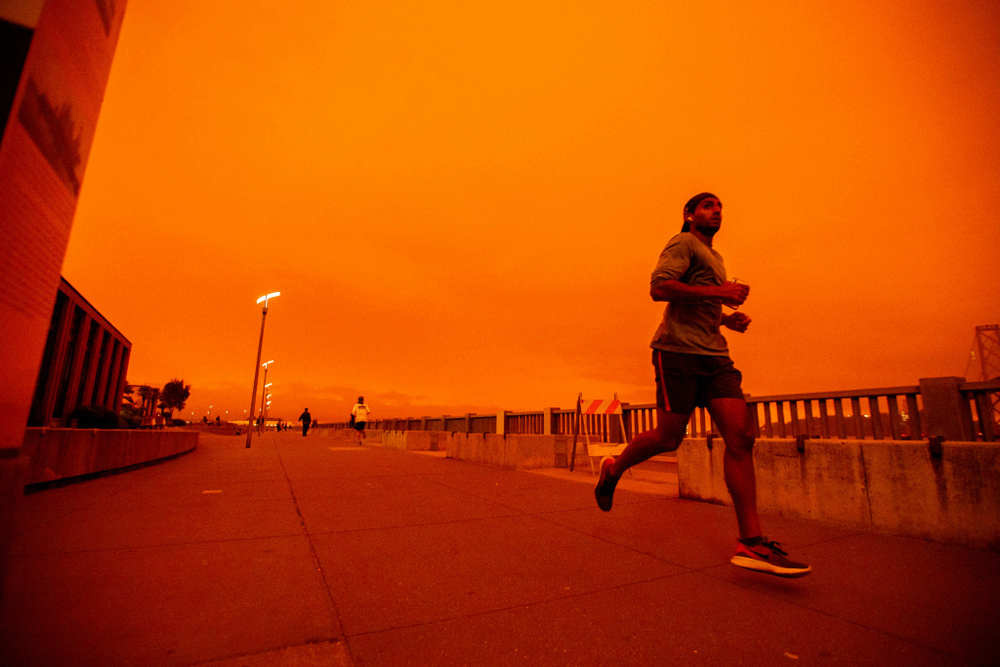 My freshman year of college, my entire campus was covered in soot and ash due to the Camp Fire and AQI levels were in the 300s for weeks. Back in the Bay Area, skies were dark at 9 a.m., roads were unseen, smoke was in the air.

School evacuations, horrible air quality and apocalypse landscapes are just the beginning if climate change is not addressed. Just as the pandemic has interrupted our daily lives, devastating fires and winters can affect every aspect of our world.

If we don’t start pulling the plug on corporations that refuse to acknowledge their part in our dire situation, we’ll keep racing towards a deadly fate. Students across the state are teaming up with CALPIRG to encourage our leaders to work towards 100% renewable energy by 2030. Change is possible.

I was deeply disappointed to read about how the Oakland police chief used the recent homicides in East Oakland as a way to advocate for more funding for the police department, and how he cited the lack of police resources as the reason for increased violence in Oakland.

Policing is not the solution to violence. Violence is fostered by community conditions that result from often discriminatory policies. Violence is greater in communities where people view the police as illegitimate, something that cannot be changed by increasing the police force. As a public health student at UC Berkeley, I recently learned about alternatives to policing that actually result in decreased violence in communities; an example is the Office of Neighborhood Safety in Richmond, which reaches out to individuals prone to violence and redirects them to healthier life paths.

Pump stations can pump this fresh water to Shasta reservoir for easy distribution as well as preservation of these bodies of water year-round. Salt brine will accrue when using a desalination plant. The salt brine could be distributed out to the 12-mile barrier off our shoreline by tanker ships, to reduce salt concentration and protect ocean life. These offshore wind turbines or even tidal surge mechanisms could generate energy reserves for the California coast.

These ideas can help provide jobs and increase the use of vital technologies across our state. If we rethink how we use our already-in-place infrastructure to improve water distribution, we will hopefully prevent disastrous fires and droughts.

Re. “Rise in sea level may mean billions in flood damage,” Page A1, April 13:

Sea rise is a problem national in scale. This challenge is far too large for local funding solutions and must be faced and paid for federally.

According to the National Oceanic and Atmospheric Administration (NOAA) the ocean levels may rise 10 feet by the end of this century if things continue in the bad direction they have been going. Massive ice loss in Antarctica and accelerated melting of Greenland’s ice shelf will inundate us.

Surrounding the U.S. coastlines with levees is far too costly, even with federal money. Restored marshland and graduated, elevated marshes offer better protection, better habitat and can reuse clean dredged materials. Hardscape levees should be reserved for ports and necessary shoreline installations. We also need to stop building along shorelines. Too many structures will already have to be moved inland or abandoned.

We need to act now so we are prepared for sea rise.

Hypocrisy is not dead in Major League Baseball. In an apparent move to placate the opposition to Georgia’s new voting laws, baseball Commissioner Rob Manfred decided to move the All-Star Game out of Georgia.

Evidently, he didn’t mind dealing with one of the world’s most brutal dictatorships when they played an exhibition game in Cuba in 2016. He even stated that Cuba is “a place where we want to play regularly.” Communist Party voting in Cuba is neither free nor fair. At the same time, Manfred contracted with the Communist Chinese company Tencent to broadcast All-Star games as well as spring training and regular-season games in Asia through 2023. Tencent blocked NBA games when support was expressed for democracy protesters in Hong Kong by the Houston Rockets’ general manager.

Amazing how Manfred can espouse tolerance and fairness at home, yet do the opposite abroad.