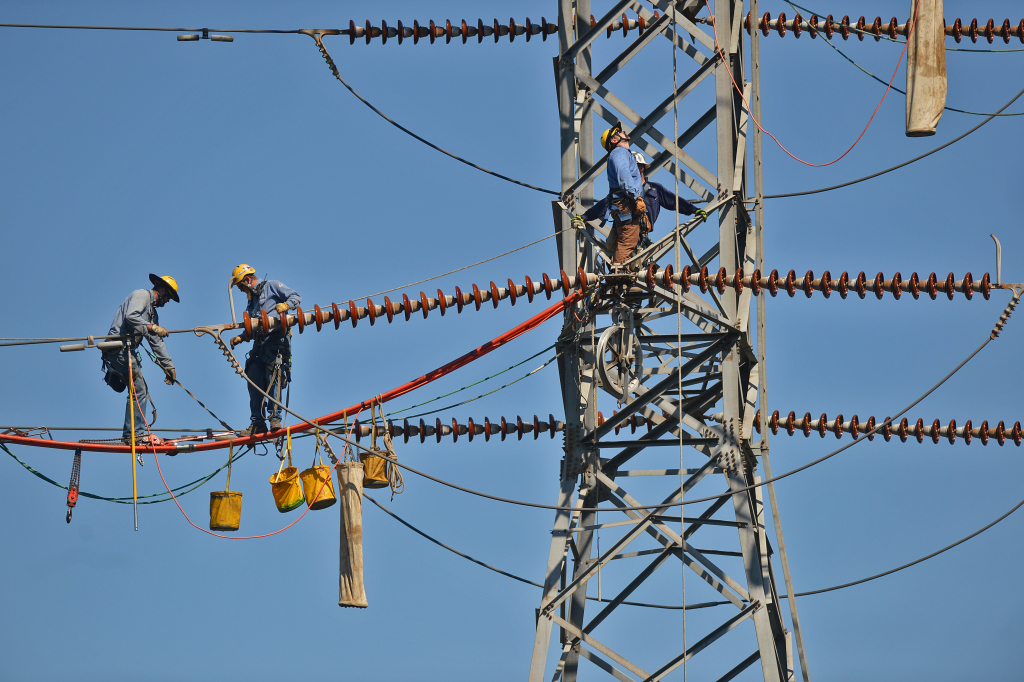 Better use for PG&E
cash than executive pay

I was absolutely astonished when I read the article on PG&E executives getting massive salary raises (“PG&E: Several execs captured pay raises in 2020, SEC docs show,” April 8) after the company was responsible for some of the biggest fires California has ever witnessed and then filed for bankruptcy.

This is another example of executives abusing their power for financial gain. There is no reason for executives to make more money after destroying the homes of thousands of people and affecting the air quality and comfort of thousands more. The money going to those top executives should go to the people that lost their homes because of this tragedy.

That money should also go to creating an infrastructure where electrical lines run underground as opposed to telephone poles above ground. This would not only prevent catastrophic fires but it would also keep animals such as squirrels and birds from injury as well.

Waterways across the nation — including the Sacramento-San Joaquin River delta — have a battle with hundreds of non-native plants and animals.

These invaders outcompete native plants for habitat, obstruct recreational and commercial navigation, and block water intakes for municipal water and agricultural irrigation. We must manage them using fully integrated mechanical means, safe and effective herbicides, and biological tools in the capable hands of the California Division of Boating and Waterways.  Used in conjunction with other proven mitigation measures, specialty herbicides are an essential tool.  Mechanical methods such as cutting usually make matters worse, generating fragments that start new invasive infestations.

Invasives are safely manageable, protecting habitat for native species, ensuring the sustainability of our Delta and recreation in the great California outdoors. The benefits of sustaining a healthy Delta are clear.

Victor Davis Hanson shows us what White privilege is in his last two columns.

In the latest (“What it means to be wealthy and woke in today’s America,” Page A7, April 9), he tells us that since the CEO of Delta and players from the NBA spoke out against the institutional racism of the latest law from Georgia, then the woke revolution is not a grassroots movement. Apparently, when you become rich, you aren’t allowed to see the truth and speak out.

In the column before that (“The 10 radical rules that are changing our culture,” Page A7, April 2), he rails that we are now increasingly defined first by our ethnicity or religion and is upset that statues of his heroes from the past are being toppled. Maybe he should get to know some Black and brown people and see how long they have been defined by their race and how many statues that they have in local parks.

Being woke means that you see the truth of racism in this country, and you refuse to unsee it.

It has been depressingly predictable to hear the right-wing punditry decry the decisions of large corporations in the wake of the new Georgia voter suppression legislation.

For generations, these same voices have argued that unfettered capitalism will cure all ills. Now, as these same corporations have made decisions, no doubt thoroughly vetted by teams of MBAs and determined to be not only on the right side of history but advantageous to their bottom line as well, we hear an unending chorus of “wokeness” and “cancel culture.”

Among other things, the bill: cuts by more than half the time during which voters can request absentee ballots; prohibits election officials from mailing absentee ballots to all registered voters; reduces the number of drop boxes available in the four metropolitan Atlanta counties with large minority populations; makes it more difficult to extend polling hours if there should be an emergency such as a power shortage or storm; bars anybody except an election official from providing food or water to voters waiting in line, a provision that harms minority voters who are far more likely to have to wait in long lines; and transfers much authority from local election officials to the more political and Republican-controlled Legislature.

The effect of each provision is to reduce the number of votes cast.

The Senate could use the reconciliation process to pass Second Amendment “Well Regulated Militia” gun ownership legislation, by taxing gun owners to pay for the costs to the country of gun misuse.

There should be a requirement on our 1040s to list all the guns owned by a person or family and pay appropriate taxes on the type and number.

This would only require a majority vote in the Senate and would go a long way in regulating our unregulated militia by knowing where all legal guns are. Guns not reported can then be confiscated because only criminals will not report their guns. It would also reduce the budget deficit.