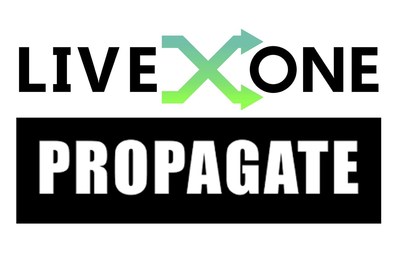 The Inaugural Social Gloves: Battle of the Platforms Event Delivered $15+ Million in Revenue

Social Gloves on LiveOne Garnered Over 3.5 Billion Total Impressions, 136,000 PPV Purchases, and Made History as the First-Ever Event to Offer NFTs with Every PPV Purchase

David Shumsky will serve as the showrunner and will executive produce alongside LiveOne’s Robert Ellin and industry dealmaker Paul Cazers, who created the series, and Propagate’s Howard T. Owens and Ben Silverman.

The initial 32 participants will be announced shortly. Each contestant must fight to win their spot in the USB House through a preliminary single-elimination amateur boxing fight. The 8 men and 8 women who win their fight, will advance to a luxurious mansion where they will live under one roof. Each episode will see the housemates competing in a “clout” challenge and give viewers a unique insight to the feature fight that will see one social media star eliminated from the competition.

“USB trades on a proven format that has been successful in both social and athletic mediums,” said Ellin, CEO and Chairman of LiveOne. “By working with the most influential social media stars in the world, we bring an immediate audience for television and streamers that is supported by LiveOne’s global platform and an unprecedented amount of social engagement that has yet to be seen around a combat sports event.”

“We are pleased to partner with LiveOne on Ultimate Social Boxing, a unique take on the competition and fly on the wall genres,” said Silverman and Owens. “We have a great team assembled to produce the series, and believe the format will engage viewers.”

Ultimate Social Boxing comes on the heels of LiveOne’s original concept of social media stars meeting in the boxing ring. The LiveOne produced “Social Gloves” launched  this new medium, and brought in over 10-million livestream views (2.5x more than Mayweather vs. McGregor) and over 53-million social media engagements.

About LiveOne, Inc.
Headquartered in Los Angeles, California, LiveOne, Inc. (NASDAQ: LVO) (the “Company”) is an award-winning, creator-first, music, entertainment and technology platform focused on delivering premium experiences and content worldwide through memberships and live and virtual events. As of April 1, 2022, the Company has accrued a paid and free membership base of over 2.23 million**, streamed over 2,900 artists, has a library of 30 million songs, 600 curated radio stations, nearly 270 podcasts/vodcasts, hundreds of pay-per-views, personalized merchandise, released music-related NFTs, and created a valuable connection between fans, brands, and bands. The Company’s wholly-owned subsidiaries include Slacker Radio, React Presents, Gramophone Media, Palm Beach Records, Custom Personalization Solutions, LiveXLive, PPVOne and PodcastOne, which generates more than 2.48 billion downloads per year and 300+ episodes distributed per week across its stable of top-rated podcasts. LiveOne is available on iOS, Android, Roku, Apple TV, Amazon Fire, and through OTT, STIRR, and XUMO. For more information, visit www.liveone.com and follow us on Facebook, Instagram, TikTok, and Twitter at @liveone.

About Propagate
Founded in 2015 by Ben Silverman and Howard T. Owens, who pioneered the global format business in the late 1990s, Propagate has offices in Los Angeles, New York and Paris. Its recent credits “Rebelde Way” for Netflix, “UNTOLD” for Netflix, the FOX drama “Our Kind of People,” starring Yaya DaCosta and Morris Chestnut, “Animals on the Loose: A You vs. the Wild Interactive Movie,” starring Bear Grylls for Netflix, “Escape the Undertaker,” an interactive movie starring WWE superstars for Netflix, “Notre Dame: Our Lady of Paris” for ABC and “Go-Big Show” on TBS, and the upcoming American adaptation of The Eurovision Song Contest, as well as the unscripted “November 13: Attack on Paris” “Haunted” and “Prank Encounters” for Netflix, and “In Search Of” and “Kings of Pain” for the History Channel. In scripted, “Blood and Treasure” and “Broke” for CBS, “Charmed” for The CW, the recently aired election-themed puppet special on Fox, “Let’s Be Real” and the upcoming “Zorro” television series for NBC. Propagate also created and produced the podcast, “An Oral History of The Office ” for Spotify. Propagate’s expanding portfolio of companies includes Electus (“You vs. Wild”, “Running Wild With Bear Grylls,” “Jane the Virgin,” “Fashion Star”), Big Breakfast (“Adam Ruins Everything”, “Hot Date”), Notional (“Chopped” franchise), and talent management firms Artists First, Authentic Talent & Literary Management and Select Management.

Forward-Looking Statements
All statements other than statements of historical facts contained in this press release are “forward-looking statements,” which may often, but not always, be identified by the use of such words as “may,” “might,” “will,” “will likely result,” “would,” “should,” “estimate,” “plan,” “project,” “forecast,” “intend,” “expect,” “anticipate,” “believe,” “seek,” “continue,” “target” or the negative of such terms or other similar expressions. These statements involve known and unknown risks, uncertainties and other factors, which may cause actual results, performance or achievements to differ materially from those expressed or implied by such statements, including: the Company’s reliance on one key customer for a substantial percentage of its revenue; the Company’s ability to consummate any proposed financing, acquisition, spin-out, distribution or transaction, the timing of the closing of such proposed event, including the risks that a condition to closing would not be satisfied within the expected timeframe or at all, or that the closing of any proposed financing, acquisition, spin-out, distribution or transaction will not occur or whether any such event will enhance shareholder value; the Company’s ability to continue as a going concern; the Company’s ability to attract, maintain and increase the number of its users and paid subscribers; the Company identifying, acquiring, securing and developing content; the Company’s intent to repurchase shares of its common stock from time to time under its announced stock repurchase program and the timing, price, and quantity of repurchases, if any, under the program; the Company’s ability to maintain compliance with certain financial and other covenants; the Company successfully implementing its growth strategy, including relating to its technology platforms and applications; management’s relationships with industry stakeholders; the effects of the global Covid-19 pandemic; changes in economic conditions; competition; risks and uncertainties applicable to the businesses of the Company’s subsidiaries; and other risks, uncertainties and factors including, but not limited to, those described in the Company’s Annual Report on Form 10-K for the fiscal year ended March 31, 2021, filed with the U.S. Securities and Exchange Commission (the “SEC”) on July 14, 2021, Quarterly Report on Form 10-Q for the quarter ended June 30, 2021, filed with the SEC on August 16, 2021, Quarterly Report on Form 10-Q for the fiscal quarter ended September 30, 2021, filed with the SEC on October 29, 2021, Quarterly Report on Form 10-Q for the fiscal quarter ended December 31, 2021, filed with the SEC on February 14, 2022, and in the Company’s other filings and submissions with the SEC. These forward-looking statements speak only as of the date hereof, and the Company disclaims any obligations to update these statements, except as may be required by law. The Company intends that all forward-looking statements be subject to the safe-harbor provisions of the Private Securities Litigation Reform Act of 1995.

** Included in the total number of paid members for the reported periods are certain members which are the subject of a contractual dispute. LiveOne is currently not recognizing revenue related to these members.