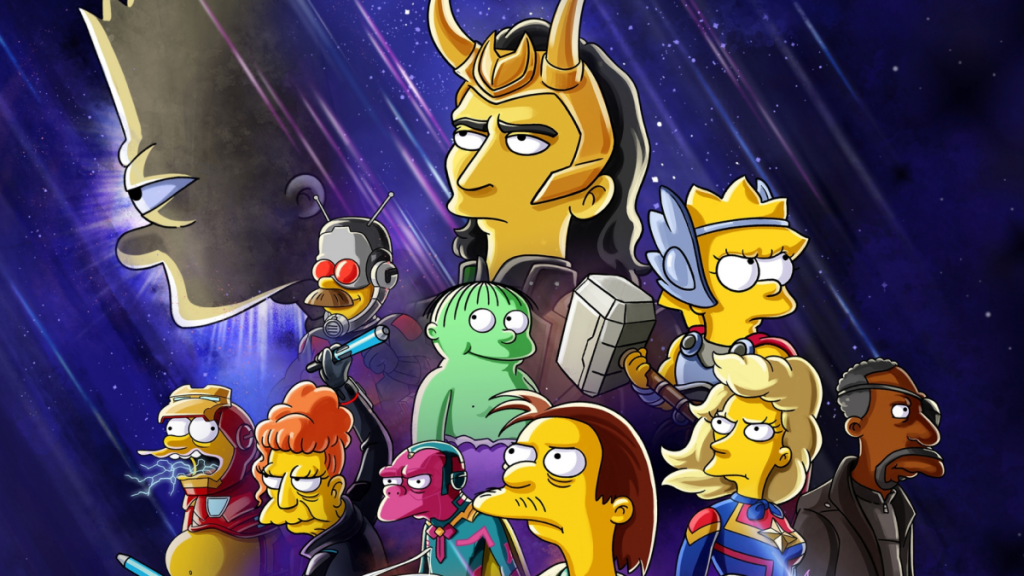 Love Loki but wish Tom Hiddleston would tell someone to eat his shorts? Well, you’re in luck.

Loki and Bart Simpson, both iconic agents of chaos, are teaming up in a new short from The Simpsons titled The Good, The Bart, and The Loki.

The short, coming exclusively to Disney+, pays tribute to the Marvel Cinematic Universe and sees everyone’s favorite God of Mischief banished from Asgard. He’ll square off against the Simpsons and Springfield’s mightiest heroes and join up with Bart, a mischievous kindred spirit. Tom Hiddleston will reprise his role as Loki.

Alongside a slew of MCU Easter Eggs, expect to see a lot of fan-favorite characters from The Simpsons. Key art for the short, inspired by the poster for Avengers: Endgame, features beloved characters like Lisa Simpson as Thor and Barney Gumble as Iron Man.

‘Endgame,’ but make it ‘The Simpsons’
Credit: disney+

This is the second in a series of Disney+ shorts where The Simpsons crosses over with other Disney properties. The first was the Star Wars-themed The Force Awakens from Its Nap. Whatever crossover comes next, one thing is certain: Disney’s got a ton of IP, and it’s going to flex it.

The Good, The Bart, and The Loki is streaming on Disney+ July 7.