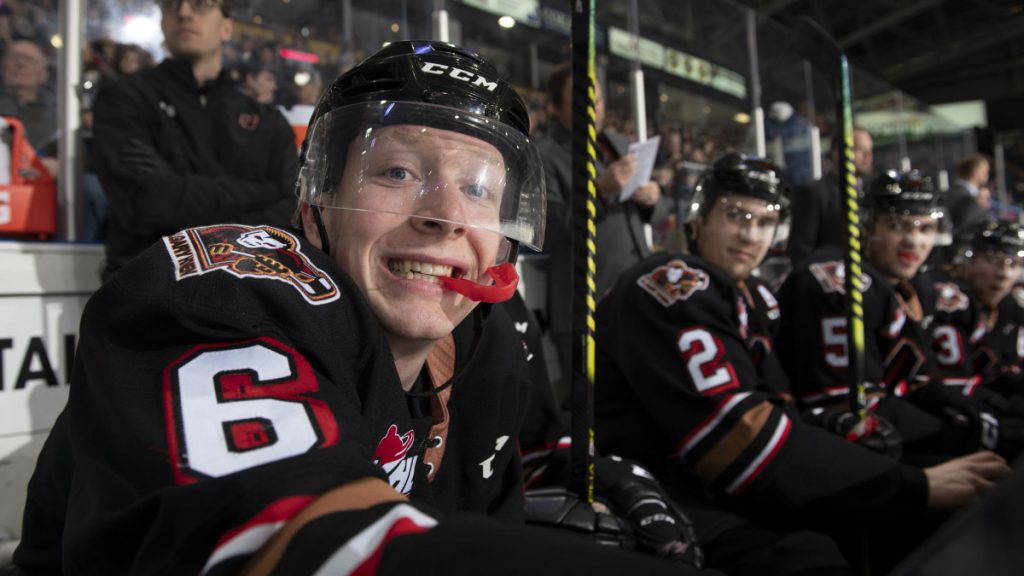 Luke Prokop, a 19-year-old defenseman for the Nashville Predators, is the first player on an NHL contract to publicly announce he is gay, according to The Guardian.

“Today I am proud to publicly tell everyone that I am gay,” Prokop wrote in a statement posted to social media. “It has been quite the journey to get to this point in my life, but I could not be happier with my decision to come out. From a young age I have dreamed of being an NHL player, and I believe that living my authentic life will allow me to bring my whole self to the rink and improve my chances of fulfilling my dreams.”

In his announcement, he said the past year-and-a-half was “crazy” and gave him “the chance to find my true self. I am no longer scared to hide who I am.” And he isn’t alone: The pandemic has offered many people a unique chance to discover their gender identity and sexuality.

He added that he “wouldn’t be able to do this” without his friends, family, and agents, all of whom have known and supported him. Prokop has yet to play for the Predators but signed a three-year contract in December, according to The Guardian. He used to play for the Calgary Hitmen of the Western Hockey League, and told The Athletic that three of his teammates at the Hitmen knew, and have been cheering him on.

“They’ve been really great,” he told The Athletic. “The part of me coming out is that I’m just one of the guys. Who I love and who I go home with that night, that’s private and it shouldn’t matter anymore. I’m just there to play hockey, I’m there to win a championship.”

He said he hopes that by sharing who he is, he opens more opportunities for LGBTQ people in hockey.

“I may be new to the community, but I am eager to learn about the strong and resilient people who came before me and paved the way so I could be more comfortable today,” Prokop said. “This is just the beginning of my journey and I am excited to see where it takes me, both in hockey and in life.”