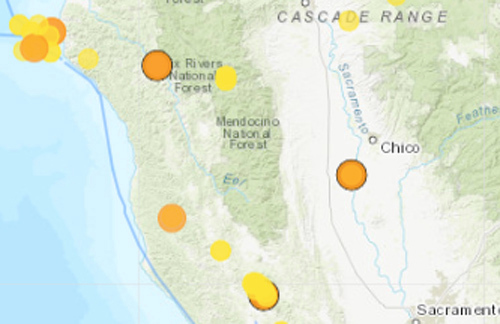 An earthquake of magnitude 4.0 was recorded early Tuesday in Humboldt County, the U.S. Geological Survey said. It followed two of similar size Monday in Northern California.

Tuesday’s quake, at 2:48 a.m., was centered near the Eel River about 13 miles east of Redway. The USGS website received just a handful of reports from the sparsely populated area.

There has not been a quake larger than 4.0 within California since a 4.2 on Jan. 16 near Aromas. Two larger than that were recorded within 50 miles off the coast near Petrolia in the past three weeks.