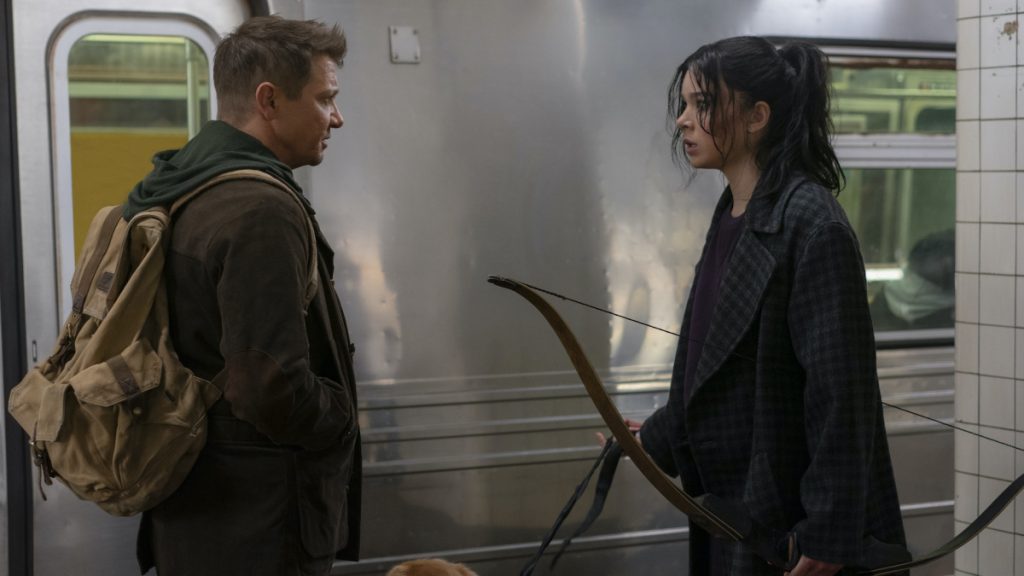 Marvel’s live-action TV shows have a way of making you interested in characters you never quite invested in before, and the trailer for Hawkeye is no exception.

Jeremy Renner’s bow-and-arrow wielding Avenger — last seen in Avengers: Endgame, where he had to watch his best friend die by falling into the abyss — is finally back with his family, all of whom disappeared when Thanos snapped. But Hawkeye spent his Blip worse than most, traveling the world on a murder spree because I guess Steve Rogers’ support group was full or something. The darkest chapter of his past is now catching up with him.

Even with the Hawkeye of it all, this trailer looks like a hoot. For one thing, it’s Christmas, a backdrop which brightens every movie or TV show, most recently AppleTV’s Ted Lasso. For another, Hawkeye’s quest to excise his past introduces him to Kate Bishop (Hailee Steinfeld), a gifted archer who immediately proves to be a valuable partner and protegê, giving the whole show big Accidental Dad energy (Deadpool 2 anyone? Birds of Prey? The freaking Mandalorian?).

Most notably, we now have confirmation that there is a Steve Rogers musical on Broadway in the post-Blip world, and we need it now.