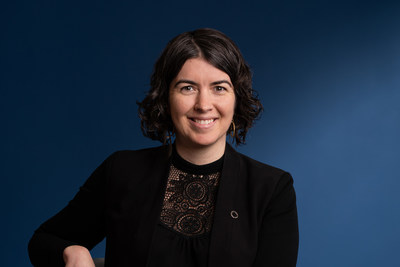 A team at INRS is developing a tool to determine the effects of these contaminants without resorting to animal testing.

QUÉBEC and MONTRÉAL, April 12, 2022 /CNW Telbec/ – Treating pollutants, such as endocrine disruptors, is an effective way to protect the environment. Endocrine disruptors are chemicals that alter the hormonal systems and the development of organisms that are exposed to them, even in small quantities. Doctoral student Julie Robitaille and Professor Valérie Langlois of the Institut national de la recherche scientifique (INRS) are working on an effluent analysis tool to predict their harmful effects.

“There is interest in Québec and around the world in finding ways to track endocrine disruptors.”

“There is interest in Québec and around the world in finding ways to track endocrine disruptors. These methods could even identify where the contamination is coming from in a given area—whether it’s from agricultural, hospital, municipal, or industrial environments,” says Professor Valérie Langlois.

The pair of researchers is also working with municipal and industrial partners to monitor drinking water and wastewater to plan for potential infrastructure changes. Unlike many current techniques that test on fish, their method does not involve animal testing. Instead, their approach uses human cell lines, genetically modified in the laboratory to be sensitive to certain hormones.

“When an endocrine disruptor activates the receptors on these cells, they emit a small light. That’s how we determine whether the wastewater could be posing a risk to the hormonal system,” explains Julie Robitaille, a doctoral student in water sciences. However, she says that further research is needed to reveal how their cellular findings translate to aquatic species.

The challenge in monitoring wastewater comes from the “cocktail” of endocrine disruptors it contains. “You can’t just look at whether each individual substance is present. You need to analyze whether the entire mixture has any effect, since these contaminants can have different consequences when combined with other chemicals,” says the PhD student.

To test the effects of the pollutant mix, the researchers turned to bioassays, using the biological analyses to measure the reactions of their cell lines when exposed to wastewater samples, without knowing exactly which contaminants they contained.

Robitaille used several techniques to demonstrate the effectiveness of this type of approach, one of which involved making an inventory of all the tools available to regulatory authorities. She conducted this literature review in collaboration with scientists who are members of the Intersectoral Centre for Endocrine Disruptor Analysis (ICEDA). The publication appeared in the Environmental Research journal’s 2022 Special Issue on Endocrine Disrupting Chemicals.

INRS is a university dedicated exclusively to graduate level research and training. Since its creation in 1969, INRS has played an active role in Québec’s economic, social, and cultural development and is ranked first for research intensity in Québec. INRS is made up of four interdisciplinary research and training centres in Québec City, Montréal, Laval, and Varennes, with expertise in strategic sectors: Eau Terre Environnement, Énergie Matériaux Télécommunications, Urbanisation Culture Société, and Armand-Frappier Santé Biotechnologie. The INRS community includes more than 1,500 students, postdoctoral fellows, faculty members, and staff.