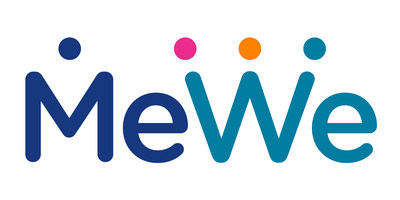 MeWe, a privacy-first social network, adds Tech Titans to Advisors and Board of Directors

LOS ANGELES, Aug. 3, 2022 /PRNewswire/ — MeWe, a 20 million-member, privacy-first social network, announces additions to its Board of Directors and Advisors composed of tech giants who created the social media and technology we know today.

Under the new leadership of media executive Jeffrey Edell as Chairman and CEO of MeWe, the company is expanding its Advisory Board to include the co-founder of Apple, Steve Wozniak, and its Board of Directors to include co-founder of Harvard Connection that paved the way to what we now know as Facebook, Divya Narendra. MeWe’s advisors already included tech royalty, such as the father of the World Wide Web, Sir Tim Berners-Lee. These additions show the growing number of tech leaders calling for a rejection of the surveillance capitalism models of today’s traditional social media companies.

“Social media as we know it has decimated our fundamental human right to privacy. MeWe is doing things differently. MeWe relies on full transparency and does not steal people’s data for their own profit. We must change the business model in order to create a healthier social media environment and MeWe is leading the way.” Steve Wozniak, MeWe Advisory Board Member.

“As someone who was there at the very start of social networking, I believe in the need for a fresh alternative to incumbent mainstream platforms. MeWe aims to be both engaging for its community members but also respectful of individual privacy rights and freedom of speech.” Divya Narendra, MeWe Advisory Board Member.

Launched in 2016, MeWe is a breakthrough social network that respects personal privacy and doesn’t use algorithms to manipulate newsfeeds — allowing for authentic relationships and communities to thrive. Its global membership of over 20 million users spanning North America, Europe, and Asia has created over 600,000 interest groups to date. With members divided equally between the U.S. and international audiences, MeWe’s free service is available in 20 languages.

“People love social media for connecting with their friends, family and community, and that’s what MeWe is all about — authentic relationships, without false amplification and manipulative algorithms.” said MeWe Chairman and CEO Jeffrey Edell. “With the support of this incredible brain trust, we’re building social media differently — putting our users in control of their social experience. More people will be able to enjoy the benefits of social media without fueling surveillance business models that are causing real harm.”

Bringing on these leaders will accelerate MeWe’s work to optimize the benefits of social media, continue to reject financial models that exploit member data, and enable MeWe to expand the company’s global footprint. It will also advance the shared vision of a healthier digital ecosystem where members have agency over their personal information and online networks without manipulation by algorithms.

MeWe is a privacy-first social network that allows you to join groups, enjoy your friends, and puts you in complete control without ads or algorithms. With 20 million members worldwide and unique features such as the MeWe 2-way camera, MeWe is host to over 600,000 member-driven interest groups. The company offers a groundbreaking “Privacy Bill of Rights,” which guarantees members control of their data and newsfeeds. MeWe encourages authentic engagement between members by not manipulating or amplifying content and safeguards its members with strong Terms of Service.