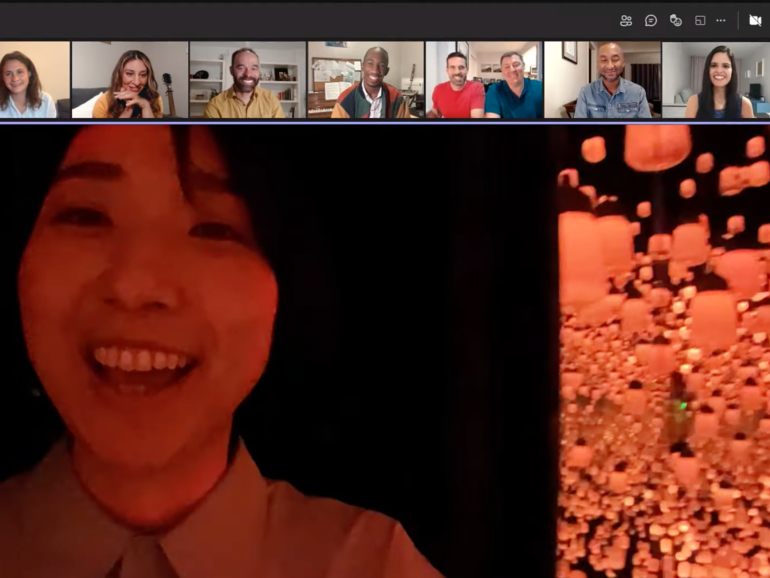 Microsoft cleverly shows why it is hard to beat Zoom

When you’re fighting an action, it’s hard to get the last word.

People have been doing Zoom for the past 18 months while Microsoft would love to have them teaming up.

It’s not that the teams have done poorly. When it’s built into Microsoft products at work, many people feel obligated to use it. Some more reluctantly than others.

Yet people refer to Zoom calls as many still refer to tablets as iPads. That’s annoying for a company with Microsoft’s size, stature, and new-found love-of-needs.

When Redmond pushed teams out into the world, its initial sales were about how to use it by serious, critical people with a deep need for security.

Now, though, Microsoft wants Teams to look as fun-filled as Zoom, just as human and frivolous and endearing. So it’s launched a new ad He, unfortunately, uses sadness as his sign.

I’m not sure whether the Olympics will take place in full, but many were eager to visit Tokyo and cheer on their favorite fencer, swimmer or completely steroid-free lifter.

Kovid canceled those plans. So Microsoft thought it would be an amusing consolation to see some of these people jump on the team call and see Tokyo as something of a locals experience.

It is completely human and entertaining in its own way. Who doesn’t love Cat Cafe and Square Watermelon?

Yet the problem is that in times of despair, the team comes across as a consolation, not some kind of positive addition to one’s life.

Seeing what you may have experienced during one of the most memorable times of your life is like having dinner for those times when your date hasn’t ended. The food may be delicious, but despair looms large like a resultant waiter.

Plus, if you’re a product that was launched for commercial use, it can be difficult to persuade people to have your fun side. Many have experienced teams through work that, in the absence of a truly distinct product feature, any embrace would likely be a bit at arm’s length.

In contrast Zoom, which – perhaps unreasonably – managed to garner all the love, is now fast approaching the business end of things. Only this week, it bought five9, the cloud contact center, to showcase its rigorous business approach to the moneylenders of the world.

Microsoft may try to persuade you that, as this ad emphasizes, “Where there’s a team, there’s a way.” (And goodness, even that line feels off in a corporate tone.)

I’m afraid, though, there’s going to be a lot more to do for the teams to really love.