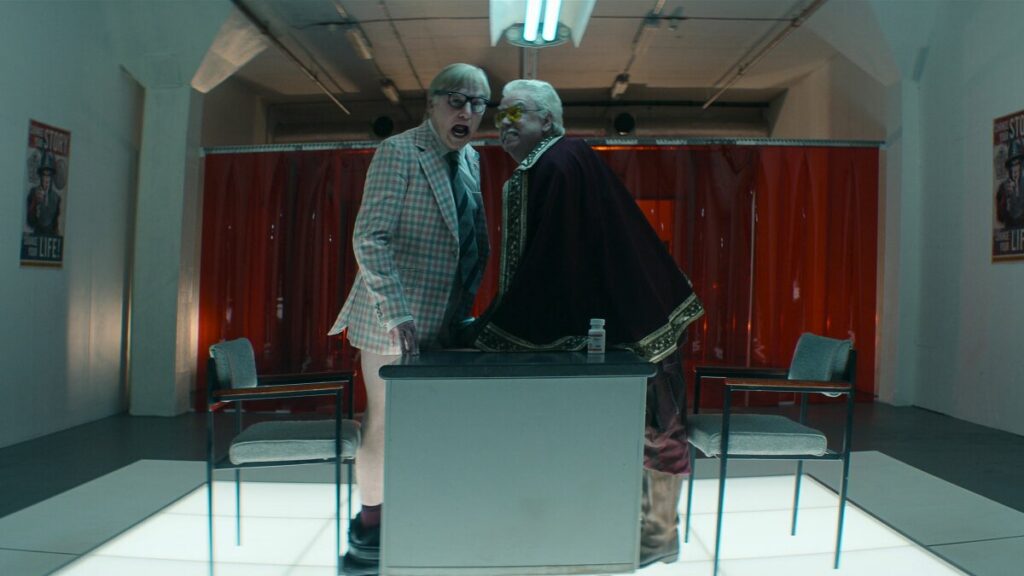 Netflix just dropped a trailer for The Pentaverate, which, as Mashable’s own Alex Perry sharply observed via Slack, is a conceptual riff on a joke from the almost 30-year-old movie. Now I could explain the premise as the upcoming series’ trailer lays it out, but wouldn’t you rather hear it straight from Myers himself?

In addition to Myers, who plays multiple roles, the cast features Keegan-Michael Key, Debi Mazar, Ken Jeong, Jennifer Saunders, Lydia West, Richard McCabe, and Neil Mullarkey. The Pentaverate is coming to Netflix on May 5. And if you’ve never seen So I Married An Axe Murderer, that movie is still well worth watching. Lucky for you, it’s streaming now on Starz.