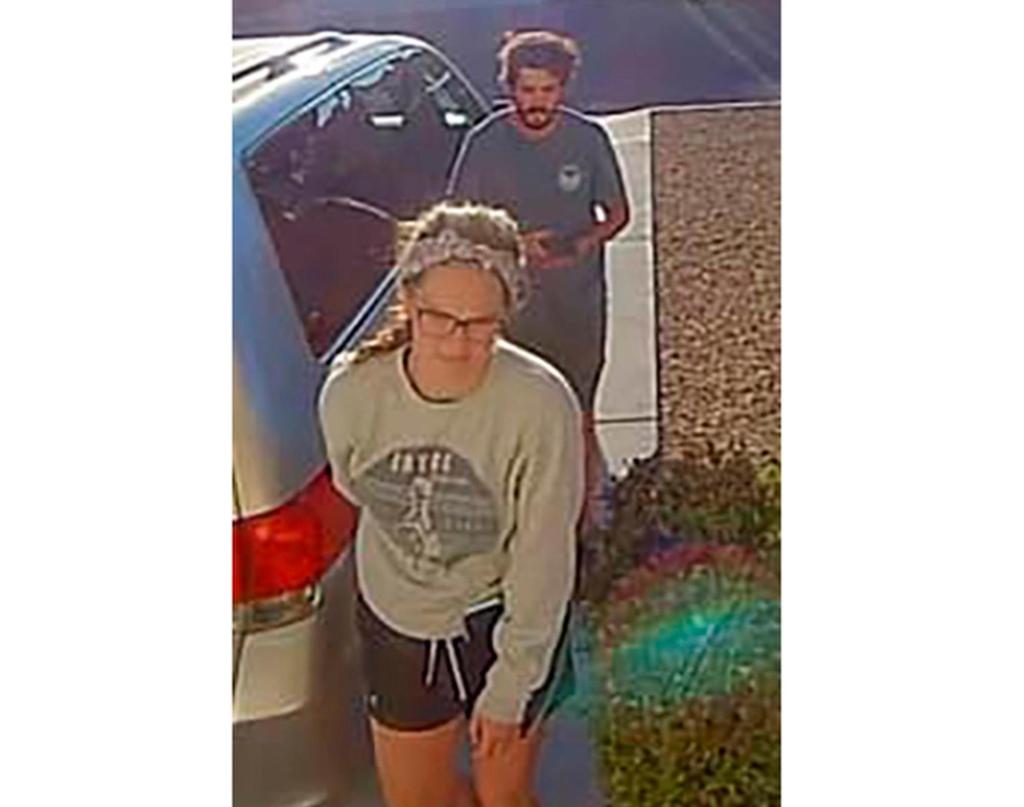 DEATH VALLEY NATIONAL PARK  — An Arizona tourist died and his girlfriend was rescued Friday after their vehicle got two flat tires and they went missing in Death Valley National Park in California.

Alexander Lofgren, 32, and Emily Henkel, 27, were found on a steep ledge near Willow Creek in the desert park, but Lofgren was dead, according to a statement from the Inyo Creek Sheriff’s Office.

Henkel was flown to Lemoore Naval Air Station for treatment, and there was no immediate word on her condition.

The Tucson residents, described as experienced campers, failed to return Sunday from a camping trip and were reported missing Tuesday.

On Wednesday, park staff found the couple’s missing Subaru. According to the Sheriff’s Office, a note in the car stated: “Two flat tires, headed to Mormon Point, have three days’ worth of water.”

That proved to be “a crucial tip in directing search efforts,” the Sheriff’s Office said.

On Thursday, the couple was spotted from the air, but crews couldn’t hoist them up and weren’t able to reach them in the remote area until shortly after 11:30 a.m. Friday, authorities said.

The cause of Lofgren’s death is under investigation.

“This has been a tremendously difficult operation in a very unforgiving geographic area of Inyo County, I sincerely hope for healing and recovery for all involved,” Sheriff Jeff Hollowell said in the statement.

Death Valley, in the Mojave Desert in eastern California, is one of the hottest and driest places in the world. It had highs in the 90s this week.

The rugged park has claimed several lives over the years. In January, an experienced climber who was descending a canyon plunged to his death when he was caught in a rockslide.