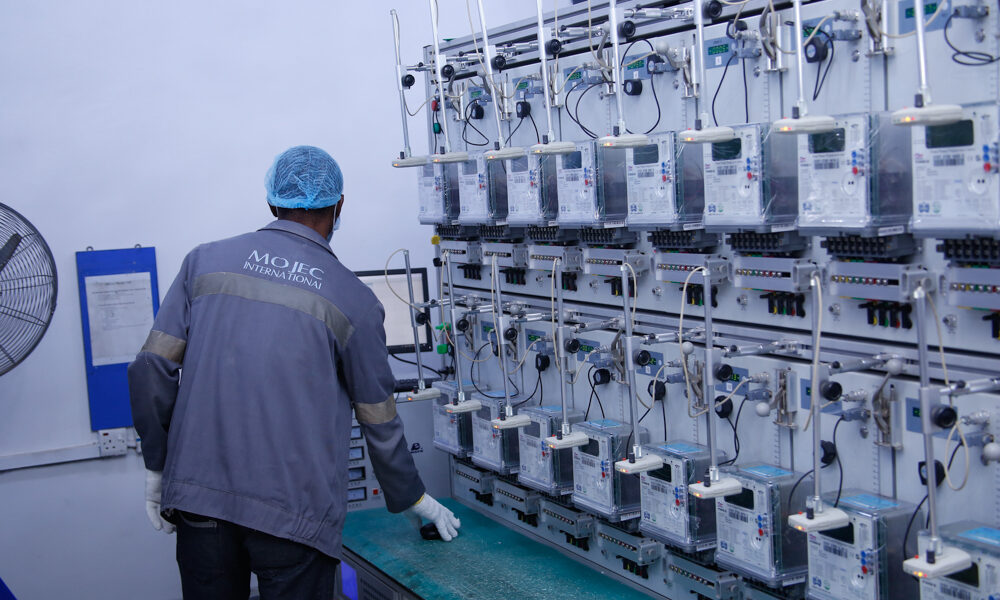 The electricity industry around the world is moving to a digitalized system, which is a drive borne out of the increase in technology and human curiosity to probe and know the digital truth. Hence, the introduction of Smart Meters.

Smart meters allow users access to data that empowers them with the knowledge to make their choices. This includes the ability to decide and pay only for the energy used, or automatically know the equivalent value of electricity consumption.

For instance, in the UK, Electricity de France (EDF) is improving customer experience and cutting losses with its at-home display smart meter that shows customer energy usage almost in real-time. This means that users get to see how much energy they are using in pounds and hence, ultimately eliminate estimated billing, which has been one of the challenges facing Nigeria’s power sector.

Achieving these possibilities in Nigeria a few years ago seemed hard or nearly impossible considering the fact that most electricity consumers were still using analog meters, while some were not using meters at all but estimated billings. However, Nigeria’s leading indigenous meter manufacturing company, Mojec International Ltd which has been in the business of ensuring that Nigerian electricity consumers have access to meters, introduced smart metering technology to solve Nigeria’s power problem.

Mojec International established a state-of-the-art electricity meter plant in Nigeria with a production capacity of over 2,400,000 meters per year, designed to serve local African markets, the EMEA, and neighboring markets, and fully equipped to handle customers’ demand.

MOJEC also pioneered the Advanced Metering Infrastructure (AMI) system in Nigeria and as early as 2011, the company deployed the AMI system in Ibadan DISCO, Ikeja DISCO, EKO DISCO, Enugu DISCO, Abuja DISCO, Yola DISCO, and Jos DISCO. AMI is also called a fast solution system and is more of a monitoring application for the meter.

The Meter communicates with the AMI platform and drops hourly data, i.e. every one hour you get feedback from the meter and it states the load profile and instantaneous energy data from the meter like the voltage, current, frequency, and other information on the consumption of the consumers remotely, the meter enables someone at the back end to see and access your readings and you get billed on it.

As early as 2011, MOJEC has been rolling out smart meters and currently, over eight thousand meters are deployed and monitored remotely.

Currently, MOJEC meters are smart, starting from the residential customers; single-phase, three-phase meters; low voltage city-operated meters, which are called LVMD meters (they could be postpaid or prepaid); and they are for industrial customers that have personal transformers.

According to Wole Solanke, Head, IT/Senior Electrical Engineer research and development manager, MOJEC markets these products, and the introduction of the AMI was meant to push the DisCos to see the importance of smart metering over the normal meters being deployed by people back then.

MOJEC was able to get leverage and increase its market share by utilizing smart metering, and many DisCos bought into it. MOJEC was then able to do several pilot projects with the Discos on the AMI platform, and more meters were bought with this approach, while other Discos came on board to market their meters through the platform.

This pushed it to launch full scale into the electricity market post-privatisation of the power sector in Nigeria, and since its inception, the company has achieved an 80% footprint in 9 out of 11 of the electricity distribution companies in Nigeria.

It would also be recalled that Mojec International donated N2million to the runner-up at the Lagos Smart Meter Hackathon, which was an initiative of the Lagos State Government in collaboration with the Eko Innovation Centre to engage local technological talents to design and produce smart and affordable meters to bridge the metering gap in Lagos State and Nigeria as a whole.

According to the company, it stated that it sponsored the Hackathon as part of its commitment to bridging the metering gap in the Nigerian power sector.

The event witnessed 274 participants in the software and hardware categories, while 65 hardware and software prototypes were submitted by applicants, with 10 teams emerging as finalists.

It is worthy of note that MOJEC International, last year also partnered with Sahara Foundation, Energy Training Centre, and Ikeja Electric to train several metering personnel through an end-user metering capacity building programme in Lagos. The partnership was part of efforts to improve and reinforce competence while driving upskilling among technicians in the Nigerian electricity supply industry.

According to the company, supporting metering technicians with skills needed to drive efficient metering is consequential to enhancing sector performance.

It said this would lead to an increase in revenue collection, which in turn would bolster overall transmission and distribution capacity in addition to significant capital expenditure improvements in the industry.