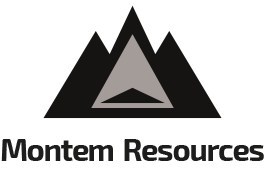 “This innovative project has the potential to be a paradigm shift for green energy in Alberta. The TM-REX will see the conversion of a coal mine into a renewable energy complex, with the ability to host Canada’s first large-scale green hydrogen electrolyser production facility,” says Peter Doyle, Montem’s Managing Director, and CEO. “Tent Mountain’s ideal topography and location provides the opportunity to develop an outstanding renewable energy asset that will provide improved stability to Alberta’s electricity transmission system as the Province looks to further diversify its power grid to reliable, affordable and renewable energy sources.”

“Alberta’s reputation as a reliable and sustainable global energy provider is making the province a destination of choice for green energy investment. We have seen a number of cleantech investments in Alberta recently, and it is encouraging to see investors focused on harnessing Alberta’s history of innovation to build a cleaner, more sustainable future,” says Rick Christiaanse, CEO, Invest Alberta.

The TM-REX will spur economic growth and high-quality job creation within the clean energy and cleantech sectors in Alberta, with the creation of more than 200 local jobs. This partnership will enable Montem to increase its investment in Alberta’s workforce and produce a world-class clean energy project.

It will elevate Alberta’s status as a global clean energy hub as it contributes to the diversification of Alberta’s economy by creating high-quality sustainable employment opportunities, and develop the business environment, workforce and infrastructure required for the clean energy and cleantech sectors to prosper in Alberta.

As global demand for green energy solutions persists, Invest Alberta’s partnership with Montem will support the potential transition of the Tent Mountain Mine, which represents a transformation opportunity for Alberta’s energy sector.

About Montem Resources: Montem Resources (ASX: MR1) (Montem) is a steelmaking coal and renewable energy development company that owns and leases coal tenements and freehold land in the Canadian provinces of Alberta and British Columbia. The Company’s objective is to become the operator of steelmaking coal mines and renewable energy developments in Canada by developing its projects in the Crowsnest Pass. The Company is planning an integrated mining complex in the Crowsnest Pass, focusing on the low-cost development of open-cut operations that leverage central infrastructure. The first component of this objective is to re-establish mining at the Tent Mountain Mine.

Montem completed a Definitive Feasibility Study on the Tent Mountain Mine in 2020, and continues to advance through the regulatory process to re-start the mine. In 2021, the project was designated for Federal review by the Impact Assessment Agency of Canada, and the Company continues to seek approval to re-start the mine. In light of delays to the mine re-start, Montem identified alternate opportunities for Tent Mountain, including transitioning the project to a renewable energy complex, employing an onsite pump hydro energy storage facility, an offsite wind power facility, and onsite production of green hydrogen. The Company is progressing studies to support development of the TM-REX, including a feasibility study.