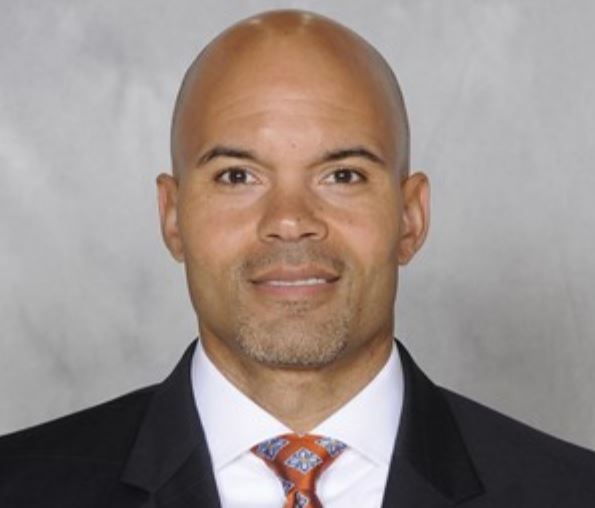 BALTIMORE, Md. (April 8, 2021) — Morgan State University President David Wilson announced the promotion of Edward Scott, Ph.D. to the position of Vice President, which will be added to his current role of Director of Athletics for the University.

“In addition to his leadership of Intercollegiate Athletics, Dr. Scott will add the oversight of Morgan’s Intramural Sports Program to his portfolio,” said Dr. Wilson. “As a result of these additional responsibilities, he will assume the title of vice president and director of athletics.”

Scott became Morgan State’s Athletics Director on October 9, 2016 and has been the architect of the Bears athletic and academic resurgence for the past four-years. He has also guided the department through arguably the most challenging period in the history of intercollegiate athletics due to the unpredictability of the COVID-19 pandemic.

“I am grateful to Dr. Wilson for this opportunity and very much look forward to helping serve the broader campus community in a meaningful way,” said Scott.  “This promotion says as much about the collective success of our department as it does about my individual leadership.  We have worked diligently over the past four-years to create the type of culture in athletics that supports the mission of the entire Morgan community and this expanded role is a demonstration of those efforts.”

A rising figure within the national landscape of intercollegiate athletics, Scott’s most recent appointment adds to his impressive list of leadership roles since arriving at Morgan State:

Notable highlights during Scott’s tenure at Morgan include:

Scott assumes his new role immediately with the goal of enhancing the health and wellness opportunities for the entire Morgan campus and community.