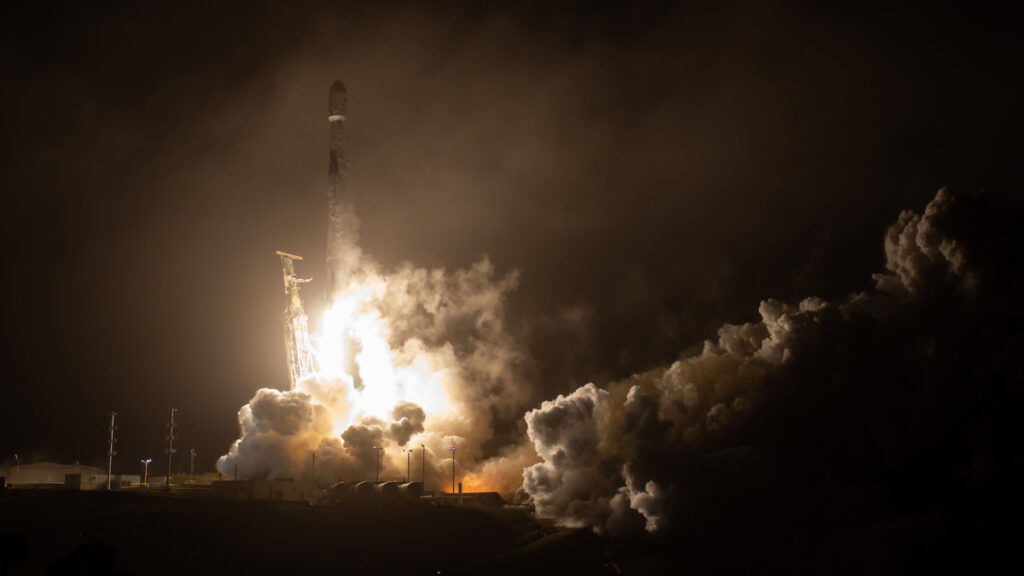 NASA successfully launches mission to slam into an asteroid

Folks, we’re off to slam into an asteroid.

For the first time ever, NASA launched an almost year-long test for deflecting an asteroid on Wednesday, the first planetary defence method of its kind.

Launched at 1:21 a.m. ET, Nov. 24 aboard a SpaceX Falcon 9 rocket from Vandenberg Space Force Base in California, NASA’s DART mission will intentionally collide with an asteroid to change its orbit. As Mashable’s Mark Kaufman perfectly put it, they will “slam a spacecraft the size of a vending machine into a space rock the size of a great Egyptian pyramid.”

The DART mission (or Double Asteroid Redirection Test) was built by the Johns Hopkins Applied Physics Laboratory, and is meant to protect Earth from potential asteroid or comet impacts (though NASA is not currently tracking any, so don’t freak out just yet).

DART’s target is the asteroid system Didymos, specifically a 530-foot-wide (160-metre) moonlet. The system is hanging out near Earth but isn’t a threat, so has been picked for a safe test.

At 2:17 a.m. ET, DART separated from the second stage of the rocket, and mission operators received the first transmission of data, then started to move the spacecraft to a safe spot to deploy its solar arrays.

And it did! It took about two hours, but the spacecraft unfurled its 28-foot-long solar arrays, which will power the craft and NASA’s awesomely named evolutionary xenon thruster — a commercial ion engine, and one of a bunch of tech that’s being tested on this mission for future use.

You’re not going to see any asteroid collisions for a while — it’ll take almost a year. The spacecraft will catch up with Didymos between Sept. 26 and Oct. 1, 2022, and then intentionally body slam it at about 4 miles per second (6 kilometres per second). According to NASA, this impact will cut short the asteroid’s orbit by minutes. After the impact, the asteroid’s changes will be studied and used in future models to determine how effective this method is at averting potential asteroid collisions with Earth.

“DART is turning science fiction into science fact and is a testament to NASA’s proactivity and innovation for the benefit of all,” said NASA administrator Bill Nelson in a press statement on Wednesday. “In addition to all the ways NASA studies our universe and our home planet, we’re also working to protect that home, and this test will help prove out one viable way to protect our planet from a hazardous asteroid should one ever be discovered that is headed toward Earth.”

He’s right. Here’s why the test is crucial for humanity.

If you want to track the DART mission yourself, follow @NASA, @AsteroidWatch, and @JHUAPL as it travels to Dimorphos.