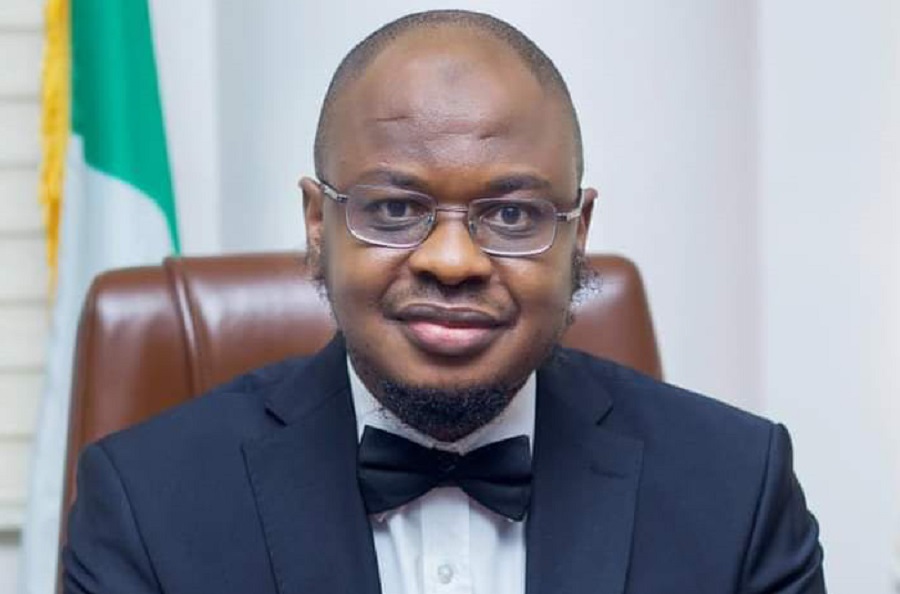 The implementation of the National Digital Economy Policy and Strategy, (NDEPS) in less than two years of its launching has been said to have had a significant impact on the Nigeria’s economy with the digital sector contributing to the GDP an unprecedented 17.90% in second quarter of 2021 from 13.83% in 2018.

The Minister of Communications and Digital Economy, Prof. Isa Ali Ibrahim Pantami disclosed this in his keynote speech titled “Driving the Implementation of the National Digital Economy Policy for a Digital Nigeria: The Journey So Far” in Athens, Greece at the just concluded 14th International Conference on Theory and Practice of Electronic Governance (ICEGOV 2021.)

The Minister, who was represented at the conference by the Mallam kashifu Inuwa Abdullahi, director general, National Information Technology Development Agency (NITDA),  decried Nigeria’s loss at previous industrial revolution maintained that Nigeria has to make strategic decision to join the digital bandwagon as it cannot be left behind in this digital age.

He said, “We lost totally in the past industrial age but we must not lose in today’s digitalization and the digital economy, driven by the Fourth Industrial revolution. Industry 4.0 is the next phase of digitalization. The digital economy is developing at a remarkable rate, and it has been widely accepted that it is the single most important driver of innovation, competitiveness and growth.”

Prof. Pantami expressed that the attainment of the Sustainable Development Goals, (SDG) would largely relies on the increased proliferation of new technologies and innovations that is currently revolutionizing all sectors of the global economy.

While ascribing that the success Nigeria is recording recently is to the re-designation of ministry of communications to Ministry of communications and digital economy and the launch of the NDEPS, the minister said “this timely and strategic actions have positioned Nigeria as an early adopter of the digital economy paradigm with the aim of taking advantage of the many opportunities that it provides.

He stated that the alignment of the NDEPS with the three focus areas of President Muhammadu Buhari administration of economic diversification, fight against corruption and security has contributed to the growth of the nation’s economy.

While listing 16 policies the ministry under his supervision has initiated, the minister noted that the strategic implementation of these policies and foundational initiatives of the NDEPS served as the catalyst for enabling Nigeria to exit recession after the negative effect of the COVID-19 pandemic.

Quoting from the report of the National Bureau of Statistics, (NBS) Prof Patanmi maintained that the Information and Communications Technology (ICT) sector recorded the highest growth rate of all sectors of the Nigerian economy, in both the fourth quarter of 2020 (Q4 2020) and the entire year.

“The 14.7% growth rate of the ICT sector was greater than the combined 14.21% growth of the 2nd to 7th fastest growing sectors in Nigeria in 2020. The telecommunications sector also recorded a growth rate of 15.90% and this was its highest growth rate in the last 10 years. The NBS released the Q1 2021 report and the ICT sector retained its position as the fastest-growing sector of the economy, contributing 14.91%. In the second quart of 2021, ICT contributed an unprecedented 17.92% of Nigeria’s GDP.  The Digital Economy sector has therefore proven to be vital for the diversification of the economy,” the stated.

On the nation’s security, the minister explained that various initiatives adopted are providing necessary solutions to the insecurity challenge the country is facing. He noted that the recent presidential directive for the National Identity Management Commission (NIMC) to be moved to the Ministry is part of the government’s efforts towards accelerating the implementation of the Digital Identity Programme and enhancing security in the country.

He stated further that the country has recorded surge in the implementation of SIM-NIN linkage which stands at 64 million Nigerians with completed NIN registration. He added that the government is committed to ensuring that the nation’s cyber space is safer with various initiatives.

On the issue of fighting corruption in the public sector, the minister stated that the government has establishes an automated IT projects Clearance process which aimed at eliminating duplication and ensure the nation derive value for her money in the implementation of ICT project in the country adding that “From 2017 to date, the IT Projects Clearance program has registered 1,048 users, cleared 485 projects and saved N22,859,306,220.96 billion (about $58,764,283.34) for the Federal Government.”

He mentioned the Nigerian Smart Initiative has seen to the launch of National Adopted Village for Smart Agriculture which is designed to use ICTs and emerging technologies to support the Federal Government in its drive to create more jobs for the youthful population and attract them into agriculture, improve food production, increase wealth and income of farmers and agricultural value chain players, improve food security, promote access to international food markets and ultimately a means of economic diversification.

Similarly, he stated that National Adopted School for Smart Education (NASSE) is a model introduced to the young ones early enough and introduce them to the world of technology in an engaging and innovative way.

On the Nigeria data Protection regulation, (NDPR) Prof. Pantami explained that within two years of launch, it has created about over 2000 jobs with the industry worth over $32 million.

The Minister however used the platform to appeal to the participants at the conference to contribute to the development of Nigeria’s digital economy and that of Africa and the world at large.