In addition, New Electricity Approach also plans to achieve data interoperability with XPeng superchargers by sharing and using each other’s back-end data. By doing so, the charging platform can leverage the combination of data from XPeng and its own algorithms across application scenarios.

Notably, mainstream Chinese EV manufacturers have vastly upgraded the performance of the vehicle’s charging batteries, increasing the driving range from a charge up to 400 kilometers. XPeng, for example, has received unanimous acclaim from drivers while gaining increasing recognition among aggregation charging platforms thanks to its high-quality charging services and supercharger stations at which EVs can get an 80 per cent charge within just 30 minutes.

New Electricity Approach, a leader in the Chinese aggregation charging market, has established connections with many of the leading Chinese EV manufacturers, including NIO Inc, XPeng and Li Auto Inc, as well as the EV of traditional carmakers, among them Honda and FAW-Volkswagen. At the same time, the platform, by connecting to over 350 Chinese charging operators, including State Grid Corporation of China, China Southern Power Grid, TELD and Star Charge, now serves more than 90 per cent of China’s charging piles in operation. 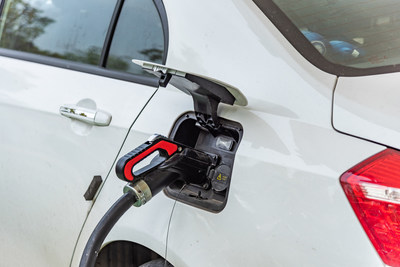 China’s sales of EVs have recently showed significant growth as a result of the rise in oil prices worldwide. Apart from much higher cost of filling one’s tank and the steps being taken by the Chinese government to meet the carbon peak and carbon neutrality goals, the increasing popularity of EVs among Chinese consumers can mainly be attributed to the continuous improvement in the manufacturing process and the driving experience, as well as the optimization of both range and efficiency of energy replenishment, two factors that have long affected Chinese car owners’ decision to purchase EVs.

The massive Chinese EV market is providing unprecedented opportunities to market players, including Xpeng, a maker that has built superchargers that are not open to the public and mainly serve its own car owners. With the partnership with New Electricity Approach, Xpeng expects to significantly expand its user base by enhancing the utilization rate of charging piles and reducing operating costs of its charging stations. Furthermore, the EV producer is well-positioned to increase its sales by taking this opportunity to convert the users brought in by New Electricity Approach into buyers of its own vehicles.

The tie-up between New Electricity Approach and XPeng is expected to become a model for achieving a win-win situation. With the accelerated integration of the “internet of charging piles” connected by New Electricity Approach and the “internet of vehicles ” enabled by XPeng superchargers, both parties will further promote the establishment of a shared charging network in China and boost the development of the entire EV charging market, in tandem with benefiting car owners by allowing them to participate in actions that reduce their personal carbon footprint without worrying about where they will find the nearest charging station.