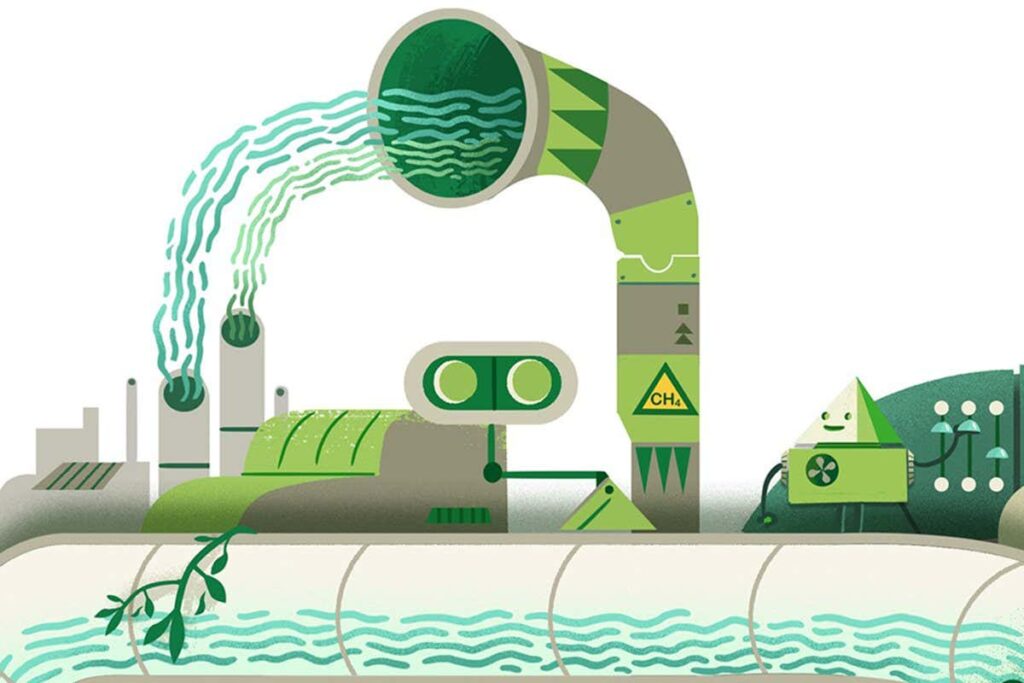 Remove a billion tonnes of methane from the air and we could cool Earth by 0.2°C, extending the window of opportunity to remove carbon dioxide before it is too late

The warming of our planet is usually blamed on carbon dioxide, but there is another major greenhouse gas contributing to the havoc in our skies too: methane. There is far less methane being emitted into the atmosphere than CO2, but during its first 20 years there, methane’s warming effect is more than 80 times greater.

As it is emitted from livestock and leaky pipes, methane also reacts with nitrous oxides to make the gas ozone close to Earth’s surface. Here, ozone causes people breathing problems and is linked to a million premature deaths globally each year.

If we could scrub the air of methane, it would help stop temperatures rising, buying us some time to reduce our other carbon emissions. For every billion tonnes of methane removed from the atmosphere, Earth’s surface temperature would be reduced by a roughly 0.2°C, according to recent estimates from Rob Jackson at Stanford University in California and his colleagues. “It’s not easy, but if we can work out the chemistry, I think it’s a fantastic opportunity,” says Jackson.

Technologies for capturing CO2 have been around for years. The gas given off in power station flues can be trapped by binding it to solvents in a reversible chemical reaction, and that CO2 can then be imprisoned deep underground. But those same solvents can’t absorb methane as easily. One reason for this is that methane molecules are a different shape, meaning those solvent molecules don’t pack around them so easily.

One solution is to forget about capturing methane and instead chemically convert it to CO2. Releasing extra …