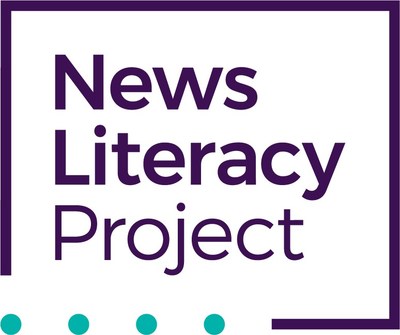 LOS ANGELES, Oct. 31, 2022 /PRNewswire/ — Melanie and Richard Lundquist, co-founders of the Partnership for Los Angeles Schools and two of California’s most significant philanthropists, today announced a $10 million commitment to the News Literacy Project — the largest in the 14-year history of the nonpartisan, nonprofit organization, which is the country’s largest provider of news literacy education. During the 2021-22 school year alone, educators using NLP content, training and programs reached an estimated 2.4 million students.

The Lundquists’ support will dramatically boost NLP’s efforts to increase the reach of its resources and implement its ambitious new four-year strategic plan that seeks to mobilize news literacy practitioners — educators, students and the public — to better navigate today’s fraught information landscape and push back against mis- and disinformation. The Lundquists are signatories to the Giving Pledge and have appeared four times on The Philanthropy 50, the annual list of America’s 50 most generous philanthropists.

NLP provides a wide variety of programs and resources to aid educators in teaching news literacy and to help the public learn to sort fact from fiction. Its primary educational tool is the Checkology virtual classroom, which is a free online platform with 18 engaging, authoritative lessons that focus on such subjects as discerning news from other kinds of content, understanding bias, and identifying misinformation and conspiratorial thinking. Checkology is being used by middle and high school English, social studies, history, government, STEM and journalism teachers, as well as librarians in every state in the country. The platform helps students appreciate the role of the First Amendment and a free press, demystify how journalists do their work, and apply critical-thinking skills to evaluate and seek credible news and other information.

“From COVID to January 6 to climate change, the misinformation crisis facing our country is an urgent threat. Because of its proliferation, democracy is circling the drain,” Melanie Lundquist said. “I spent considerable time researching which organizations had the best resources available to prepare our young people to protect themselves against the tsunami of false and harmful content they come across online daily. It was clear that the News Literacy Project has the best tools for educators to use to develop critical-thinking skills in students that will enable them to win this fight. That’s why my husband and I are making this significant investment to enhance and expand NLP’s vital work.”

The Los Angeles Unified School District — the second largest school district in the U.S. — has entered into a memorandum of understanding with NLP that authorizes the use of Checkology for students in grades 6–12. NLP collaborates with numerous other school systems nationwide, including districts in New York City, Chicago, Dallas, Birmingham, Nashville and Indianapolis. The organization is also working at the state level in Colorado, Hawai’i and Iowa.

The gift from the Lundquists will significantly expand NLP’s efforts in Los Angeles — and across the country — to educate students on using news literacy skills to identify credible sources and understand what information to trust and act on in the news they encounter each day. A portion of the gift will be used as a match to attract additional donors.

In a demonstration of Checkology in September with twelfth-grade government students at Theodore Roosevelt High School, which is part of the Partnership for Los Angeles Schools, Melanie Lundquist and LAUSD Superintendent Alberto M. Carvalho saw firsthand how students use Checkology to understand the difference between fact, opinion and harmful misinformation. (Photos available here.) They were joined at the school by NLP founder Alan C. Miller and other members of the organization’s leadership, including President and CEO Charles Salter; Ebonee Rice, senior vice president of educator engagement; and Shaelynn Farnsworth, senior director of education partnership strategy. Also in attendance was Joan Sullivan, chief executive officer of the Partnership for Los Angeles Schools.

“Anyone can post anything online, making it challenging for our students to know who or what to trust,” Carvalho said. “It is vital our students have the ability to discuss and discern credible information in the classroom as the basis for their actions as citizens and voters.”

“We live in the most complex information ecosystem in human history,” added Miller, a Pulitzer Prize-winning former investigative reporter at the Los Angeles Times who started NLP in 2008 and helped launch the field of news literacy. “News literacy is a survival skill in the 21st century. We’ve seen how it can transform young people’s lives when they learn to question the information they encounter and become more mindful about what they share. This helps them elevate reason over emotion and gain a greater sense of civic engagement. We’re now seeking to reach the public as well to create societal change around how people consume and share information much like we’ve seen with issues like smoking and drunken driving.”

Expanding its mission to teach news literacy skills beyond the classroom, NLP recently launched RumorGuard®, its first learning platform for adults. RumorGuard empowers the public to recognize and resist mis- and disinformation by helping people learn how to identify credible information. The platform also encourages users to stop the spread of misinformation by sharing RumorGuard content and encouraging users to join its community of concerned people who want to keep facts at the center of public discourse.

Miller spearheaded the organization’s efforts to raise nearly $50 million during his tenure, including a five-year, $5 million grant from the John S. and James L. Knight Foundation. Despite launching during the Great Recession, NLP has steadily grown from just Miller to a staff of 43 today, spread across all regions of the U.S. The organization has seen its annual budget increase from $1.7 million in 2016 to more than $8 million currently.

Melanie Lundquist, who is vice chair of the Board of the Partnership for Los Angeles Schools and a member of the University of Southern California President’s Leadership Council, has joined NLP’s board of directors. The board includes current and former nationally recognized print and broadcast journalists, former appointees from Republican and Democratic administrations, and educators. It is chaired by Greg McCaffery, former chairman of Bloomberg BNA (now known as Bloomberg Industry Group).

“The Lundquists’ gift, along with Melanie’s hands-on commitment to roll up her sleeves and help NLP, gives us a real leg up as we implement our new strategic plan and drive toward even greater philanthropic support,” Salter said. “This support is critical to NLP’s expanded impact in classrooms across America and our work to reach the broader public. We’re proud to be taking the lead nationally to help people of all ages fight back against the deliberately inaccurate information they are confronted with daily. Reaching everyone is the only way we can create a more news-literate America to sustain democracy.”

About Melanie and Richard Lundquist

Melanie and Richard Lundquist have appeared four times on The Philanthropy 50, the annual list of America’s 50 most generous philanthropists. The Lundquists are signatories of the Giving Pledge. Their gifts have helped transform non-charter K-12 public education and health care delivery, spur biomedical research and innovation and propel efforts to combat climate change. Melanie is a member of the University of Southern California President’s Leadership Council, the Board of Councilors of the University of Southern California Rossier School of Education, the Board of Trustees of AltaSea at the Port of Los Angeles and is Vice Chair of the Board at the Partnership for Los Angeles Schools. Melanie was named “Philanthropist of the Year” in 2019 by the Los Angeles Business Journal for driving systemic change. She holds undergraduate and graduate degrees from the University of Southern California and a Doctor of Humane Letters from McPherson College.

About the News Literacy Project

The News Literacy Project, a nonpartisan national education nonprofit, provides programs and resources for educators and the public to teach, learn and share the abilities needed to be smart, active consumers of news and information and equal and engaged participants in a democracy.