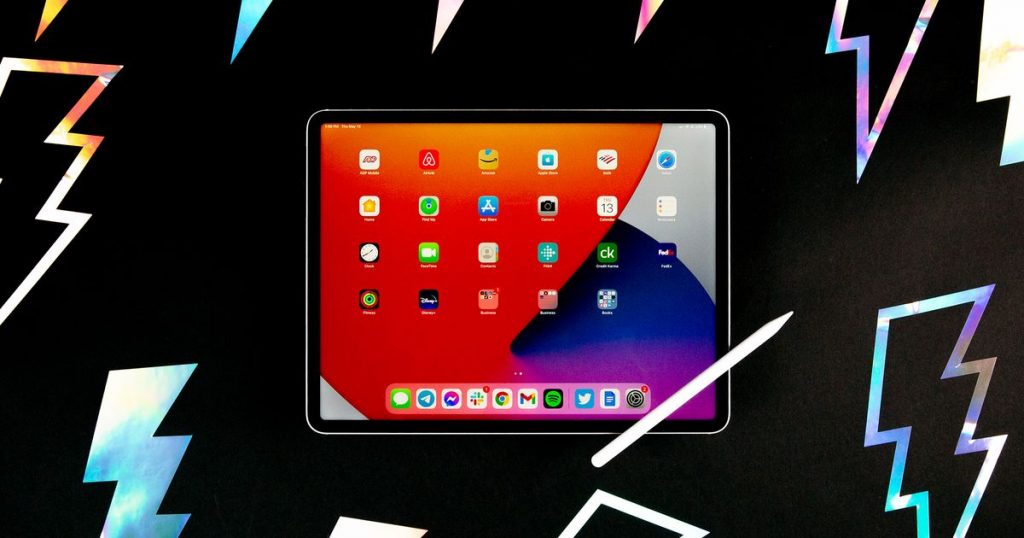 An iPad Pro with wireless charging is currently in the works, according to a report from Bloomberg’s Mark Gurman. The updated tablet is set to be released next year.

Currently, the iPad Pro models have an aluminum enclosure. But in order to implement the wireless charging technology, Apple is switching to a glass back instead, Gurman reports.

Apple is also reportedly testing MagSafe for the iPad Pro. Every iPhone 12 comes with an array of magnets around the charging coils, allowing you to “clip” your phone into a MagSafe charger.

It’s possible the iPad Pro will include similar magnets underneath the glass back.

But, as Gurman notes, wirelessly charging the tablet will most likely take longer than plugging it in. Apple still plans on incorporating a Thunderbolt port, so you’ll have the option to use a standard charging cable.

In addition to MagSafe, Apple is also reportedly testing reverse wireless charging. That way, users would be able to use the back of the iPad Pro to charge other devices — like their iPhone or AirPods.

And, speaking of charging multiple devices at once, a source told Bloomberg that Apple still hasn’t given up on AirPower. You know, the charging mat that Apple cancelled back in 2017 before even launching it. But I wouldn’t get your hopes up, considering it’s been four years since we’ve heard anything about it.

In addition to the new iPad Pro, Apple is also reportedly working on a redesigned iPad mini and a new slimmer entry-level iPad — both of which are set to launch later this year.

Rumors of a new iPad mini first began circulating ahead of Apple’s hardware event in April. However, the only iPad announced was the 2021 iPad Pro with an M1 chip.

Considering the iPad mini hasn’t received a refresh since 2019, a new one is a bit overdue. This time around, Gurman says the iPad mini will include slimmer bezels and no Home button.

WATCH: Apple has a lot of new products, so we ranked them