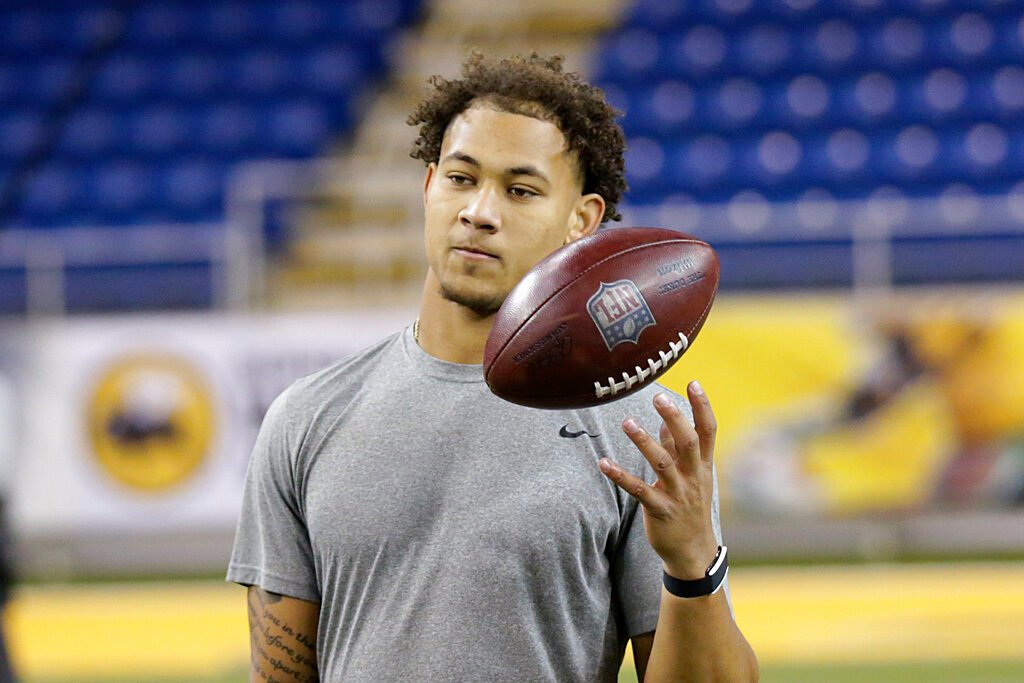 They came. They saw. Now they must conquer the NFL Draft on April 29 by picking the 49ers’ next franchise quarterback from a trio they just visited.

Jordan Matthews, who’s had brief stints with the 49ers the past two years, was among the wide receivers Lance targeted in the private workout that was closed to the media.

”Trey will do great at the next level,” said Matthews, noting he’s previously played with another North Dakota State product, Carson Wentz, the No. 2 pick in 2016 by Philadelphia.

Make that 2 Bisons I’ve caught from! Trey will do great at the next level. https://t.co/m1DbeUsSjI

The 49ers went very public with their quarterback hunt by trading up March 26 for the No. 3 pick, dealing first-round picks the next three years and a third-rounder to the Miami Dolphins to move up from No. 12.

Lynch has attended the pro-day workouts of two other quarterbacks: BYU’s Zach Wilson and Stanford’s Davis Mills. Wilson is expected to be drafted No. 2 overall by the New York Jets after Trevor Lawrence goes first to the Jacksonville Jaguars.

Neither Shanahan nor Lynch has commented to the media since March 29. Lynch’s pre-draft media session is expected to be held next Monday.

The 49ers and NFL teams began nine-week offseason programs Monday with uncertainly still lingering over next month’s first on-field activities. In a Saturday statement through the NFL Players Association, the 49ers joined a group that has swelled to 20 teams in announcing their plan to skip the voluntary program, stating that “many” players would not report because of COVID-19 concerns. The NFLPA is hoping mandatory minicamps will be nixed out of safety precautions.

“This not a boycott, this is not a strike, this is not a labor action,” NFLPA president DeMaurice Smith said on a video call with reporters Monday. “Players have a right to make their own decision about what to do regarding offseason training activities.

“We made it a point if players have money on the line in the form of money for going to OTAs or de-escalators if they don’t go, we’re never going to stand in the way of a player making a financial decision on what he should or should not do.”