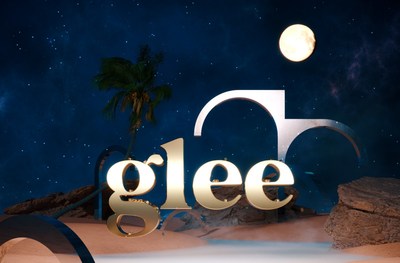 DENVER, Dec. 27, 2021 /PRNewswire/ — NFTglee has partnered with John Salley in a meaningful move to own the rights, distribution, and ongoing value creation associated with his content and brand.

John Salley and NFTglee will launch The SPRK Network, built exclusively on Bitcoin, to unlock the freedom rights that have been taken by media conglomerates for decades. Celebrity tokens will now be associated with the ‘NIL’ (name, image, likeness) rights rather than unfair and upside down contracts pilfered by Hollywood for far too long.

“Bitcoin is freedom. In consistently searching for avenues to empower myself, and all of my friends, I’ve come to the conclusion that true ownership of our work is a must. Non- fungible tokens built on Bitcoin is the foundation of that opportunity.”

“Instead of intermediaries and entertainment industry roadblocks, I’ve found the key that unlocks the direct to consumer media and content model. The technology provides incredible upside and value to both the consumer and the creator – and more and more of us creators are beginning to see it.”

“I’m so excited to be a first mover in taking back what is ours… our work, our content, our names, ownership. And again, Bitcoin provides the rails by which we can connect directly with the public. I can’t wait to show everybody what’s to come!” – John Salley, 4- Time NBA Champion, Media Personality, and Wellness Advocate.

NFTglee’s newly hired President of Media and Entertainment, Jonah Hart, agrees with the explosion in NFT’s associated with content and media across the industry.

“The value proposition for the artist and their fans is unprecedented. I believe 2022 will prove to be a wave of mass adoption of NFT’s across the music and creator economy that will have labels and brands scrambling to keep up. The ability for artists to go directly to consumers with a remarkably better value proposition is powerful. John Salley and his network are on the cutting edge here, but we believe (and are already seeing) a wave of those like him ready to follow in his footsteps.”

The SPRK Network ‘Effect’ And Bitcoin

Building on Bitcoin continues to grab mindshare within celebrity and influencer communities. The Spark Network will capitalize on John Salley’s considerable talents; but also his ability to walk his celebrity colleagues through a narrative that allows them to be set free from the captivity of media conglomerates that do not have the artists best interest in mind.

The SPRK Network — which will be launched along with John’s partners, Greg Romano, Ross Mark, and Dr. Dan Ratner — is the first of its kind: a new streaming network that will be built exclusively on Bitcoin, to unlock the freedom rights that have been taken by media conglomerates for decades. Celebrity tokens will now be associated with the ‘NIL’ (name, image, likeness) rights rather than unfair and upside down contracts pilfered by Hollywood for far too long. SPRK Network launches on 2/22/22 and will include channels on mind body wellness, sports, cryptocurrency, education, documentaries, comedy specials, and original shows and movies.

“The SPRK Network is about making a one to one connection with consumers and fans unlike anything that has been done in media. The artist is in complete control of their work, their revenue, and the ways in which they engage with consumers. The shackles are being removed here, and it’s so exciting.” – John Salley, 4-Time NBA Champion, Media Personality, and Wellness Advocate.

Specifically, The SPRK Network will issue NFT tokens directly to consumers that will give those individuals direct and unprecedented access to celebrities, artists, creators and their content. Podcasts, AMA’s, reality tv series, concerts, appearances, experiences, and events – all facilitated by The SPRK Network token and series of tokens.

“We are passionate about giving creators and artists of every genre access to all of their value. No more friction, middle men, or inflated costs. In many ways this is the real world application of ‘Bitcoin fixes this’ – a well known phrase in the Bitcoin community. We are thrilled to have partnered with John Salley, whose been a voice of economic freedom in many areas.”

“We remain so impressed by his enthusiasm and energy to unlock incredible opportunities for his friends and colleagues across media and entertainment. 2022 is going to be a big year for NFT’s built on Bitcoin.” – Tillman Holloway, CEO NFTglee.

About John Salley: A proud native of Brooklyn, New York, John found a love for basketball at an early age. He accepted a Basketball Scholarship to Georgia Tech to play for legendary head coach Bobby Cremins. He went on to great success in the NBA with the Detroit Pistons, Miami Heat, Toronto Raptors, Chicago Bulls, and Los Angeles Lakers. After he hung up his NBA sneakers Mr. Salley went on to media success via

The Best Damn Sports Show Period and E! Entertainment. Mr. Salley is passionate about health and wellness and practices a vegan lifestyle and is known as an accomplished Chef.

NFTglee’s NFT collections are exclusive to our platform and available through our partners. We believe in the value-driven model of digital access paired with luxury goods, experiences and physical possessions – as much as we value digital access as a stand alone.

About SPRK Network: The SPRK Network is a new streaming network with its main mission being to promote real and meaningful change in the world, whether it comes in the form of financial freedom, mental health awareness and advocacy, or content that gives the creator their full voice and control over their projects. The SPRK Network was formed by John Salley, along with his partners, Greg Romano (TV and film producer/ editor/graphics designer), Ross Mark (long time producer for The Tonight Show), and Dr. Dan Ratner (internationally known chronic pain and symptoms expert).