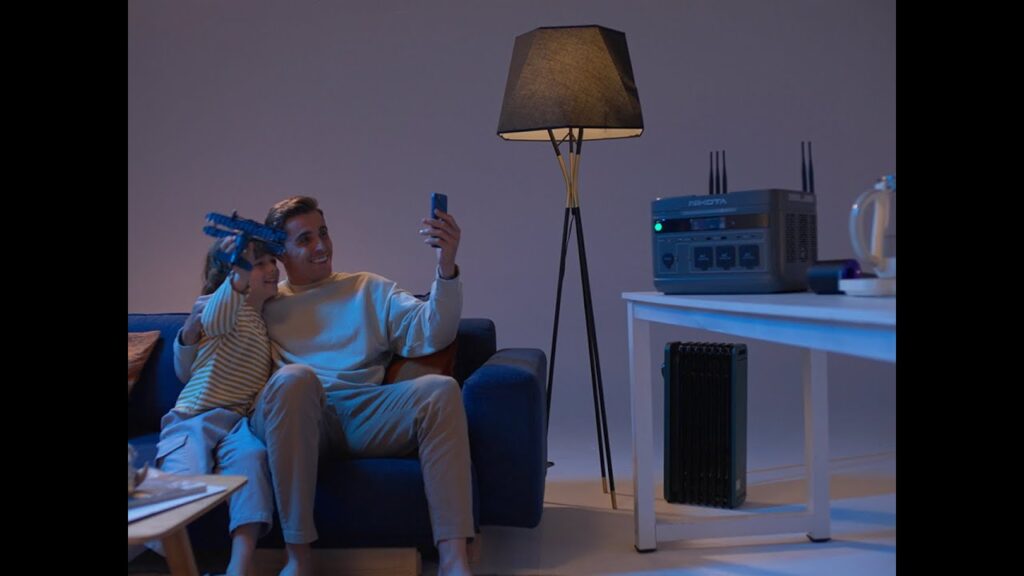 On the Indiegogo page and NIKOTA’s website, a giveaway campaign is going on, and META-2000 will be officially launched to the world on Indiegogo in April.

NIKOTA META-2000 is designed for backup power and Internet use during power outages, providing an integrated solution for consumers around the world and setting a new standard for the industry, said Jeen Yuan, Product Director of NIKOTA.

NIKOTA META-2000 can itself act as a 4G/5G network transmitter to smart home appliances or outdoor electronic devices according to local network conditions with the capacity up to 2016Wh. With NIKOTA META-2000, users can still get access to electricity and network even when off-grid and without power.

NIKOTA also provides comfortable and convenient supporting equipment for users to maximize the function and usage of the portable power station.

NIKOTA META-2000 is not only the world’s fastest recharging power station, but also a portable battery that supports EV charging (Tesla, electric motorcycles, etc.) which combined power and network.

NIKOTA META-2000 can support 2000W charging through EV charging (Tesla, electric motorcycle, etc.), smart home panel or 110V~240V outlet. In addition, it can also be fully charged by solar and wind power in only 1.5 hours after connecting to the META-2000’s Marina control system. It allows users to get rid of the anxious process of waiting for the over-long charging time.

With a high 2016Wh battery capacity, META-2000 portable only weighs 16 kg with a volume of 25 liters. It supports both 50Hz and 60Hz regions with an output power of 2000W. Compared with products with the same 2000Wh capacity on the market, its weight is reduced by about 40% and the power consumption 10%. It supports 4G/5G network transmission and WIFI use, which represents the latest technological innovation and productization of NIKOTA.

NIKOTA META-2000 will be launched to the world in April on Indiegogo.

NIKOTA is a green power company headquartered in the Greater Bay Area, China. NIKOTA has been committed to providing clean, stable, safe and efficient portable power solutions for home, outdoor, emergency, medical and other areas. It also regularly provides innovative products to users around the world striving to meet the needs of the ever-changing world.