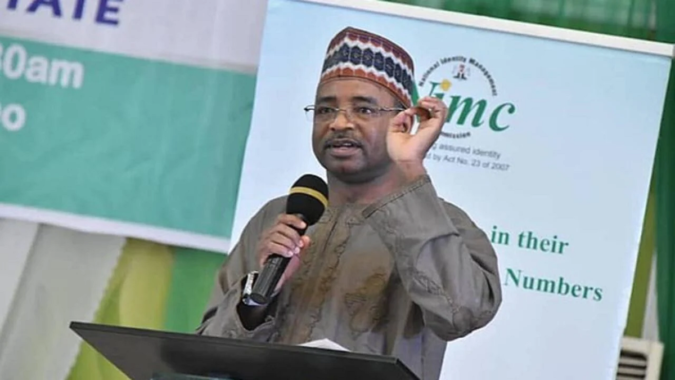 The Tony Blair Institute for Global Change has invited the Director-General of the National Identity Management Commission (NIMC), Engr. Aliyu Aziz, as a key participant in the institute’s Tech Policy Accelerator, a tech policy programme for leaders.

The inaugural of the Accelerator programme takes place in London, the United Kingdom on Monday November 21st, 2022.

Giving the background to the Tony Blair Institute Tech Policy Accelerator programme in the invitation letter to Engr. Aziz and personally signed by Sir Tony Blair, the institute observed that “the technology revolution is the central issue of our age” which is set to present “some profound challenges.”

According to the institute, “too often” however, “the debate around technology is focused on narrow, short-term issues rather than the wider long-term implications.” It stated that “the political leaders willing to grasp this complexity and harness the opportunities will be those who shape the future.”

Blair wrote: “At my Institute, we have built a practical programme to equip current and prospective leaders to master it. This includes new ideas, but also new coalitions between those who are at the forefront of innovation and those shaping policy. Through such thinking, the idea is to build a new platform for prosperity in the 21st Century.”

The former British Prime Minister (1997-2007) went on to inform Engr. Aziz that “we believe you are an important part of making this happen, so I want to invite you to join our inaugural Accelerator” which is for “a select group of leaders in policy and politics to reimagine the role of state in harnessing tech-enabled progress.”

Aziz is flying the Nigerian flag at the forum, being the only Nigerian invited.

He will be joining leaders invited from over 20 countries including Kenya, Sierra Leone, Ethiopia, Rwanda, Singapore, United States, the United Kingdom and Ireland, to the Tony Blair Institute Tech Policy Accelerator inaugural programme.

President Muhammadu Buhari appointed Engr. Aziz Director-General of NIMC in November 2015 when the total National Identification Number (NIN) enrolment figure stood at seven million. Through innovative ideas, policy direction driven by a can-do spirit, as well as support from President Muhammadu Buhari and the Honourable Minister, Professor Isa Ali Ibrahim (Pantami), he has led the NIMC workforce in the face of challenges to reach an all-time high NIN enrolment figure of over 90 million. Despite this achievement however, Engr. Aziz continues to press further to accelerate the pace of NIN enrolment for all Nigerians within the shortest time possible.

The Tony Blair Institute for Global Change works in more than 20 countries across four continents to support leaders with strategy, policy and delivery by providing fresh analysis, practical policy solutions and embedded support in response to the world’s biggest challenges; the institute’s vision is driven by the insights of its founder and executive chairman, Tony Blair who served as Prime Minister of Britain and Northern Ireland from 1997 to 2007. Blair was the Labour Party’s longest-serving prime minister, and the first and only person to date to lead the party to three consecutive general election victories.