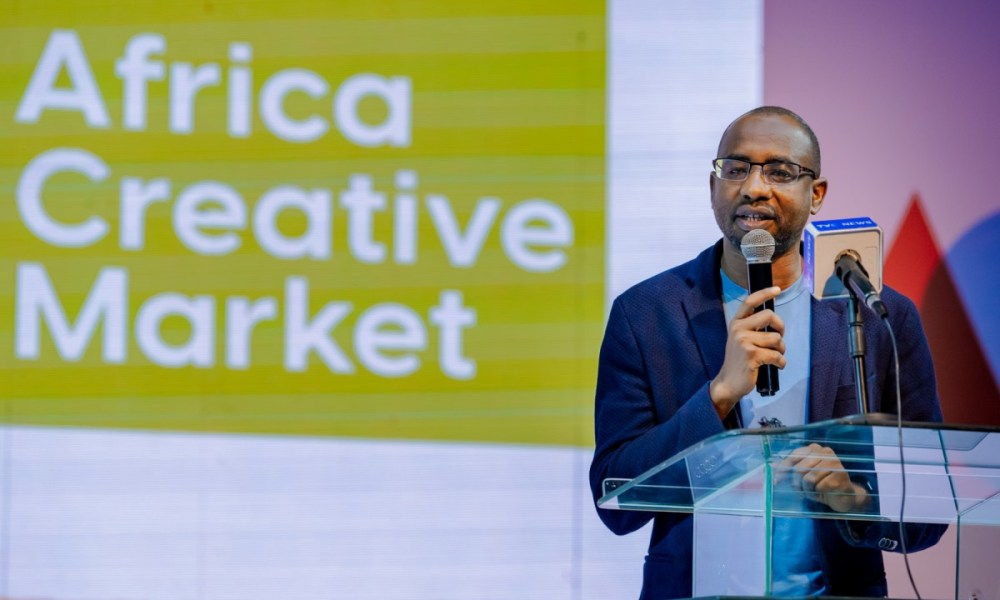 In order to identify and build the teeming talents in Nigeria’s creative industry, Kashifu Inuwa, the Director General, National Information Technology Development Agency (NITDA), has said that Federal Government will partner with Africa Creative Market to train them on how to use emerging technologies, create talents and boost the region’s creative capabilities as well as strategically place it at the forefront of technologically driven business in the African continent.

Inuwa made this known in Lagos while giving a Keynote Address on “The Importance of Tech in the Creative Industry”, at the Africa Creative Market (ACM) event.

He stated that emerging technologies are disrupting the way humans produce, distribute and consume content, and that the creator of content remains central to everything.

The DG affirmed that Federal Government through NITDA, Inuwa confirmed is ready to partner with ACM to create talents and train them on how to use emerging technologies to excel and thrive in all they do, and plans are already underway to train one million app developers in the next 18 months.

“We are partnering with ACM after this Summit to train you on Metaverse, Artificial intelligence, Blockchain and many more. We are identifying people that need the training and we will get the best trainers in the world to come and train the trainers,” he noted.

The DG challenged African creatives to be part of the crop of people who will create Metaverse, as the days of playing the catch-up game by Africa are over.

He said, “the creation of Metaverse will help achieve three things. Firstly, it will ensure ownership and protect copyright. Before now, you can do your work and someone can take it and share it online without even making reference to the owner of that content at all. But with emerging technologies such as Blockchain, NFT, etc, it will help you to be recognized for your work. If anyone buys that work or shares, he will see the owner of the work”.

“Secondly, it will create a source of income for you. Unlike before, well, I can see even now in the most part of the world, when an art work is created, they sell it to one person and that’s it. But with technology, you can earn from every sell; with NFT, you can collect royalties, whenever your product sells in the market you will get some percentage from it and thirdly, it will take you to the global stage”, Inuwa maintained.

Emphasizing on the value emerging technologies come with, Inuwa encouraged the audience to position themselves toward creating value from them.

“There is a lot of research saying that Metaverse will add between five to thirteen trillion US dollars to the global GDP by 2030. So how are you positioning yourself to capture value from this. That’s why we are here today and that’s why the government is partnering with you to help build talents and support the course of building the Metaverse, because it is going to be basically driven by creativity”, the DG said.

The Internet, Inuwa noted, enables viewing of things but affirmed that with the Metaverse, users will have the sense of emersion, and it will help Africans in telling their indigenous stories to the rest of the world while also capturing the needed value.

“According to research, the creativity market or the creative economy is valued at almost six trillion US dollars but Africa is perhaps capturing only 1.4 percent of that value; today in the world African music is one of the best, if you want people to dance, you’d have to play the African music, so why are we not capturing value from it? It is because we don’t own the platforms. So, the only way we can capture the needed value is to be creating and being part of those platforms and allowing African characters to be seen on the platforms,” he added.

While making reference to a report of the United Nations World Mental Health report which says that about one billion people are suffering from mental health, the DG opined that the best medicine for mental health is creativity, as such sued for more creative minds to take up the challenge in innovating for posterity.

“When you create non-digital art work, you can only sell it in a shop or a particular place but with the digital means, you can sell it in anywhere in the world, that’s the power of digital technologies”, the Director-General averred.

He enumerated other emerging technologies which include Artificial Intelligence, Blockchain, Augmented and Virtual Reality, noting that they will all change everything and create value.

The 2022 ACM programme focused on training and empowering youths in creative technologies and covered different areas including: animation, games and metaverse.