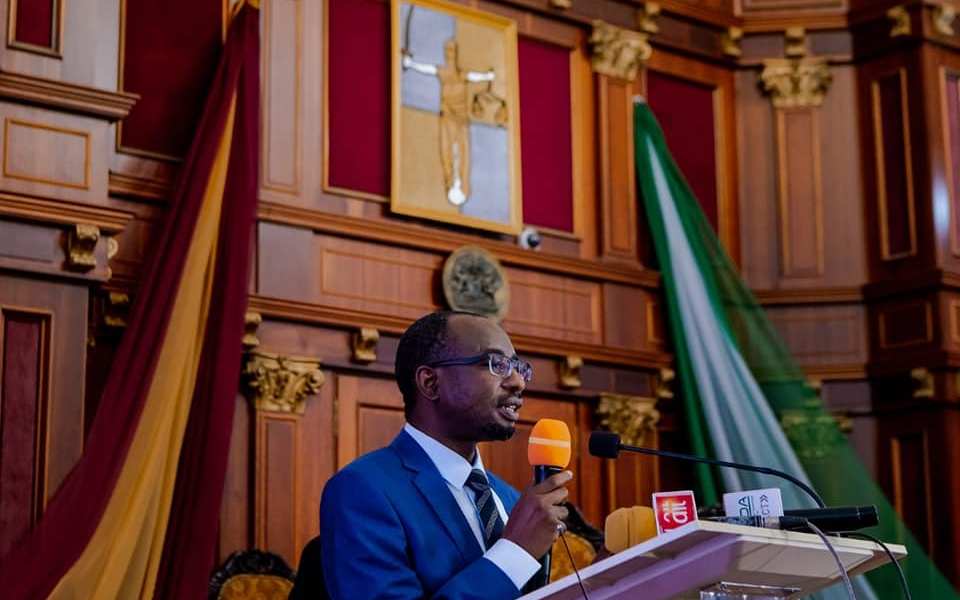 The rise in threats of ungoverned spaces which have pervaded the world has necessitated the need for the National Information Technology Development Agency (NITDA) to collaborate with the Court of Appeal through a comprehensive capacity building for its Justices with the aim of protecting the country’s democracy and security.

Prof Isa Ali Ibrahim Pantami, the minister of Communications and Digital Economy, dropped this hint at the opening ceremony of a 4-Day Capacity Building on ‘IT Infrastructure and Digital Governance’ organised by NITDA for justices of the Court of Appeal, Monday, in Abuja.

While delivering his welcome remarks, the Minister, who was represented by Kashifu Inuwa, the director-general of NITDA, described the training as timely, and explained that judiciary have  a critical role to play in the actualization of the Nation’s digitization.

“It is imperative for the Judiciary as a strategic partner in the development of the Nation’s economy to fully embrace the adoption of Information and Communications Technology (ICT) in order to improve it’s work processes and enhance productivity”, he said.

He noted that the ungoverned space of the digital age has given rise to challenges and it was important for all Justicies to be proficient in the use of digital tools to ease their work processes, safeguard their data and make decisions easily.

“The ungoverned space in the digital age has been a big challenge to the security and democracy of our dear Nation and you are the only people who can help our democracy and our nation in this regard”, Pantami stated.

Speaking further, the Minister said digital technology can be used for operational excellence as well as for business innovations.

He added that technology which is rapidly developing at an exponential rate has been affecting democracy and the civil justice.

He argued that technology is being relied on for information security and is now being used as a powerful influence on our everyday lives.

“We live in an era whereby things that happen online have physical presence in our offline world”, he added.

The Minister also noted that the Judiciary plays an important role in translating laws, in this regard, to ensure that anything illegal offline must also be illegal online and vise versa.

He opined that technology, which is changing daily, ought to be used as an unprecedented approach to solve unprecedented problems.

“These technologies are unprecedented, changing everything and disrupting the way we do things, so we need to use our law to solve these problems”, he averred.

The Minister then urged the Justices to harness the potentials of the digital technology in order to derive maximum benefits for the Judiciary system.

“You need to understand the use of digital technology and translate the laws so that we can build systems with justice in our minds because soon enough, most processes will be automated and systems will be making decisions for us”, he concluded.

The DG NITDA, Kashifu Inuwa, earlier in his opening remarks expressed his utmost pleasure at the training session and ascribed it to a giant step towards the realization of a digital transformation in the Judiciary sector.

He disclosed that the National Digital Economy Policy and Strategy (NDEPS) unveiled and launched by the President Muhammadu Buhari administration is geared towards making Nigeria a digital country and achieving a 95% digital literacy by 2030.

“Our aim is to ensure that irrespective of your age, educational level or afinity, you should be able to use digital devices to access government services which include social justice”, he stated.

Inuwa expressed his delight at partnering with the Court of Appeal in ensuring that every staff in the court is digitally literate for improved efficiency in court processes. “The Ministry and Agencies under it are ready to partner with you to see how we can harness these digital technologies and use them to promote our democracy and National Security”, he concluded.

Justice Monica Bolna’an Dongban-Mensem, the president, Court of Appeal, while delivering her address appreciated the intervention of the Honorable Minister and NITDA DG in organising the laudable training which she claimed would be enlightening to the Justices and ease their work.

“With this training starts the partnership that will ensure that the Judiciary, particularly the Court of Appeal stays on top of ICT development in the country and the world at large”, she said.