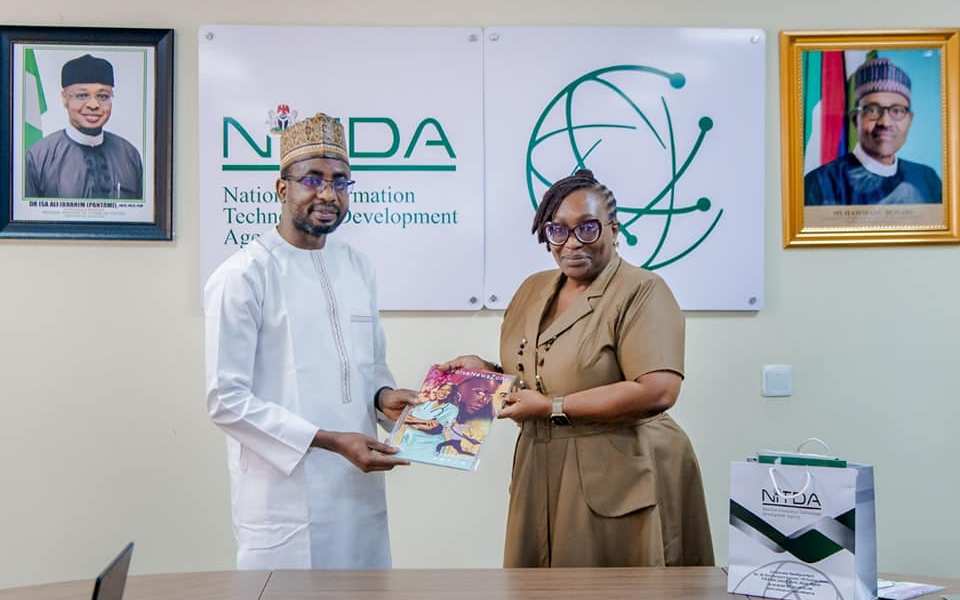 The continued agitation for an end to the proliferation of False News, particularly on Social Media Platforms, will soon be realised, as stakeholders have since swung into action on finding ways of averting the ugly trend that hampers the socio-economic and political space of the country.

Against this backdrop, Meta, an American Multinational Technology Conglomerate, visited the Corporate Headquarters of the National Information Technology Development Agency NITDA, Friday, to discuss many areas of mutual interests and collaboration on ways to move Nigeria’s ICT sector forward, particularly the regulation of social media.

The collaborative effort between NITDA and Meta, according to the Kashifu Inuwa, the director-general and Chief Executive Officer, is apt, given the continued circulation of Fake News and misinformation on social media, which to him, poses a threat to the Nation’s stability.

Kashifu averred that Facebook/Meta is a leading partner in this direction; however, it must make its efforts known to the public to checkmate the excesses of the perpetrators further.

“How can we make it better? to make sure that the menace of Fake News is reduced to the barest minimum. Many people do not read their messages talk more of verifying their authenticity. Therefore, adopting a Simpler Verification Mechanism will reduce the spread of unsubstantiated news,” he said.

On the benefit of bringing Metaverse investment to the African continent, Kashifu describes it as huge and called for the company to consider bringing such to Africa. “We know Metaverse is coming and is coming big, and you are investing in Europe; what are you doing for Africa?” he inquired.

Commenting further on Digital Technology, the Director-General said that things had changed now, there is nothing like a Digital Space in reality, what constitutes that digital space is Physical Computers, Network Cables, Humans that use the computers and so on, but noted that the Digital Space exists on a Sovereign Nation. “What becomes an offence offline is equally an offence online,” he submitted.

On the benefits of Metaverse to Nigeria, Kashifu said, “we need to look at the laws in our country, what can we do to make sure whatever you are doing is following the rules and carry our people along in building the Metaverse same way you are taking the Europeans.

On Nigeria’s journey to the realisation of Digital Literacy by 2030, the NITDA boss mentioned that the target remains sacrosanct, as it is critical to the Buhari administration; however, he appealed for collaborative support from Meta.

“We cannot do it alone; we have an ambitious target where we need partners like you to achieve that. It would help if you equally had people that will consume your services, and they need to be digitally literate before they can access your services.”

While appreciating Meta’s support in broadband penetration, he added that there are other collaborative efforts between NITDA and META, especially in Digital Literacy, saying that an Online Massive Open Course Platform is being developed to facilitate courses in Nigerian native languages, the Agency needs Meta’s support to achieve this more effectively.

Earlier, the leader of the team, Adaora Ikenze, and Head of Public Policy (West Africa) Meta describes NITDA as “our Principal Regulator in Nigeria.” “We recognised the importance of this Agency, and as the catalyst for the sector and economic development in Nigeria, we equally recognised the importance of the vital regulatory role you are providing in this space,” she retorted.

Officials from NITDA and Meta

Ikenze explained that Meta’s visit to the agency is the beginning of a more cooperative and collaborative relationship. she noted that the sector and Nigeria are reflective points at the moment.

“We are fortunate enough to be one of the more supportive platforms in the country; we understand the importance and value that our platforms and products bring to the country; by that, we would like to have a more open collaborative relationship with our regulators,” she added.

The visiting team from Meta took turns making their presentations on a few of their products and services while demonstrating various ways of avoiding Cyber Space attacks.