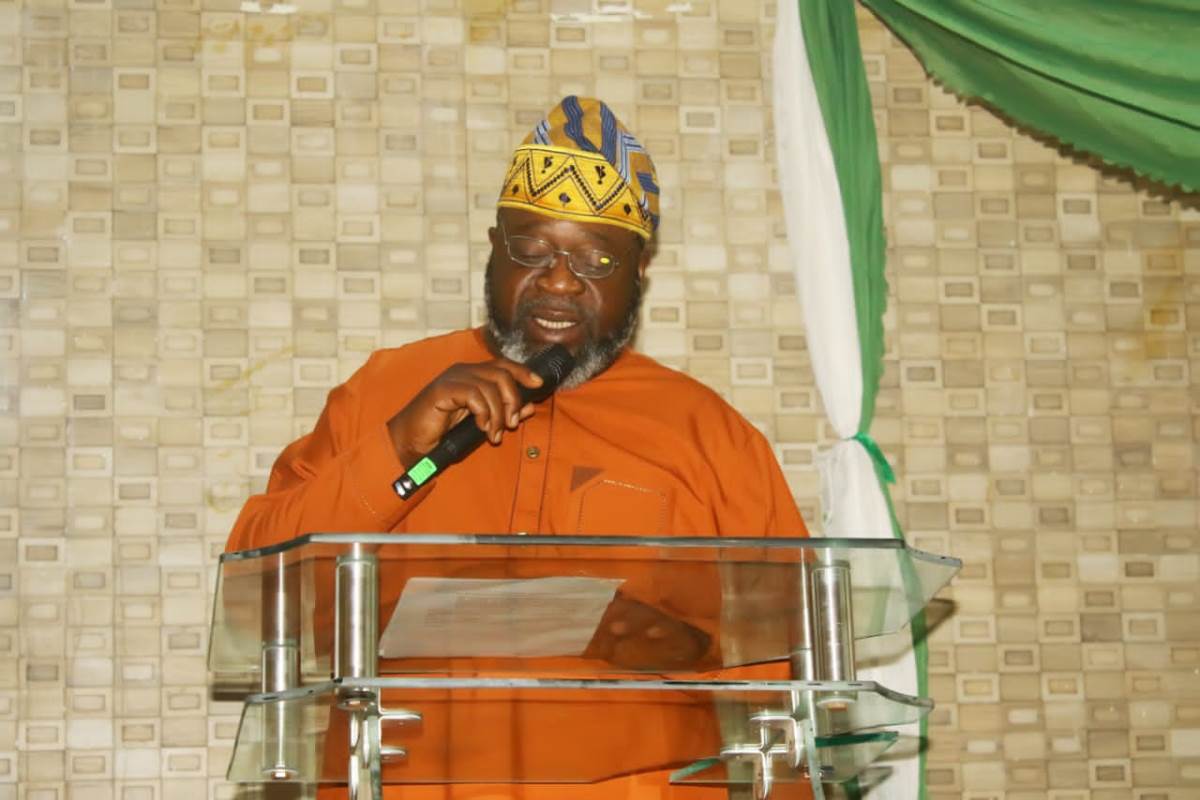 The National Information Technology Development Agency (NITDA) has continued to demonstrate its commitment in bridging the digital divide in the country by organising one-Day stakeholder engagement programme in Oyo State to identify challenges in the state’s ICT ecosystem, co-create solutions through shared knowledge and expertise as well as extend NITDA’s services to grassroot stakeholders.

Kashifu Inuwa, NITDA DG, while giving his opening remarks at the event themed, “Creating Opportunities, Breaking Boundaries: Towards Digitalisation and Entrepreneurial Evolution” which was held at the Carlton Gate Exclusive Hotel, Ibadan stated that delivering value to the Agency’s Stakeholders is a prioritised objective of the Agency.

Inuwa who was represented by Mr. Babajide Ajayi, the Agency’s Director, Zonal Offices Directorate, hinted that the quest in delivering excellent customer services has continually driven the Agency in developing strategies and initiatives that will boost digital inclusion in the country.

Highlighting some of the people-oriented programmes that have been implemented in consultation with stakeholders, Inuwa disclosed that the National Adopted Village for Smart Agriculture (NAVSA), the National Adopted School for Smart Education (NASSE), Digital Literacy Capacity Training for Persons Living with Disabilities, ICT Innovation Hubs and a host of other activities have had direct impact on the citizens of the country.

“As the needs of the Digital Economy Ecosystem grow, the Agency has striven to respond appropriately. This has been demonstrated in the strategic actions the NITDA has taken in the implementation of critical areas of the National Digital Economy Policy and Strategy”, he stated

He maintained that through the constant reset and invigoration of the Agency’s vision and mission, it has evolved from a highly centralised organisation to a functionally decentralised one with the foundational aspiration of always being close to its stakeholders.

While giving assurances that the stakeholder engagement programme which has been done in some states would be extended to other states nationwide, Inuwa expressed his optimism that the programme would birth fresh understandings on how to deliver more impactful values to Nigerians.

He further stated that, “the objectives of the programme are to offer stakeholders the opportunity to express their views on matters related to the Agency’s implementation of its mandate, establish sustainable collaborations and consistent channels for feedback and share with stakeholders our vision, regulatory instruments for national development and our journey so far”.

Giving his keynote address, the Special Adviser to the Executive Governor of Oyo State on ICT and e-Governance, Mr. Adebayo Akande appreciated NITDA for putting together the stakeholder’s engagement programme.

He described the initiative as invaluable and expressed his conviction that the programme would enable stakeholders share ideas together rather than work in silos.

“When we came in newly, we had to create our ICT policy then move on to Digital Literacy. We also had to constantly train and retrain a lot of civil servants and a lot of digital transformation has taken place with regards to providing the right ICT infrastructure which led to digital innovation with regards to government processes in the state”, he mentioned.

Stressing the importance of collaborations especially between the federal and state government, he gave assurances of the state’s support to the Agency always.

Seye Oluseye, the Director General of the Development Agenda for Western Nigeria (DAWN) Commission,  in his goodwill message appreciated NITDA for bringing the initiative down to the grassroot.

Describing as the next oil in the country, Mr. Oluseye called for collaborations between the Agency and the Commission.