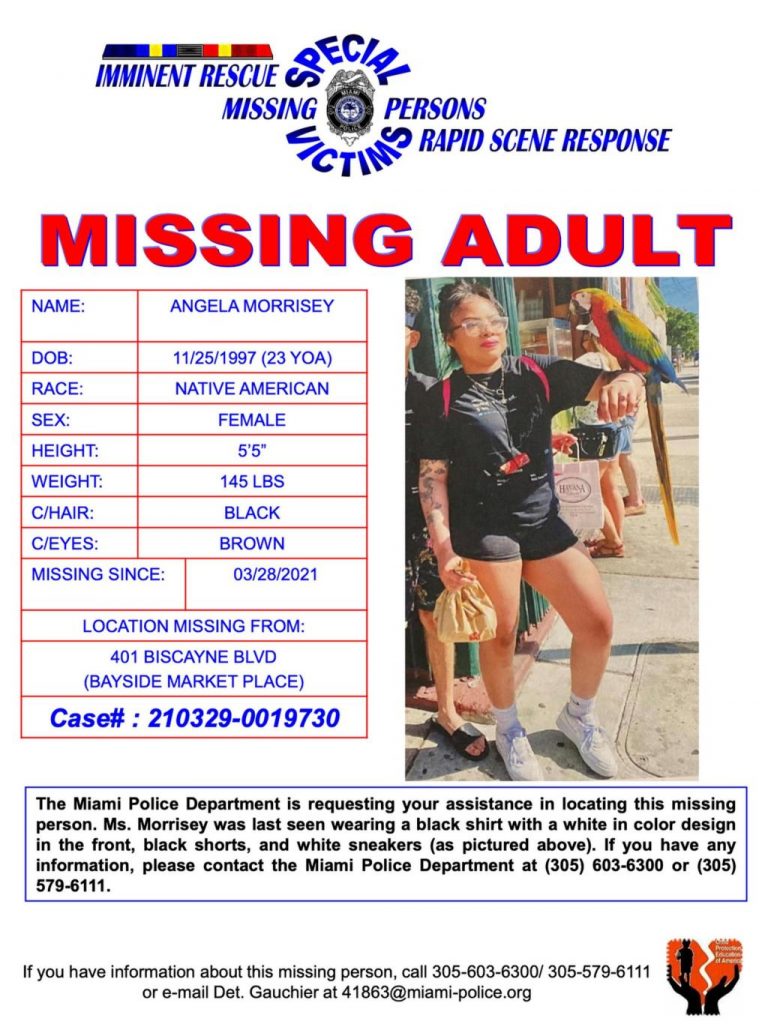 An Arizona woman is pleading for the public’s help after her daughter, a 23-year-old California mother of two, disappeared last month while vacationing in Miami.

Morrisey was in Miami with her boyfriend, who told police he last saw her March 28. The two were waiting for a boat tour at the downtown Bayside Marketplace when she headed to the restroom and never returned, investigators said.

The next night, Morrisey was spotted on surveillance video at a gas station in the suburb of Hialeah. She was alone and did not appear to be in distress, Miami Police Assistant Chief Armando Aguilar said.

“Even though we don’t have any evidence that she is in imminent danger, we are treating this as a very important … missing persons case,” he said at a recent news conference.

Melancon said it’s not like her daughter to go this long without being in touch, and noted Morrisey didn’t seem like herself on the surveillance video.

“The way she was walking, her whole gait’s off,” Melancon said. “Something’s not right.”

Melancon said she has been searching the city and posting flyers, and has appreciated the outreach and support from the Native community at home and in Miami.

“Every day I am getting a call from somebody. They want to help in all different aspects, and it’s making it so much better.”

She asked that anyone with information call the authorities. Morrisey was last seen wearing a black T-shirt, black shorts, white shoes and glasses, and was carrying a pink backpack and a white plastic bag.