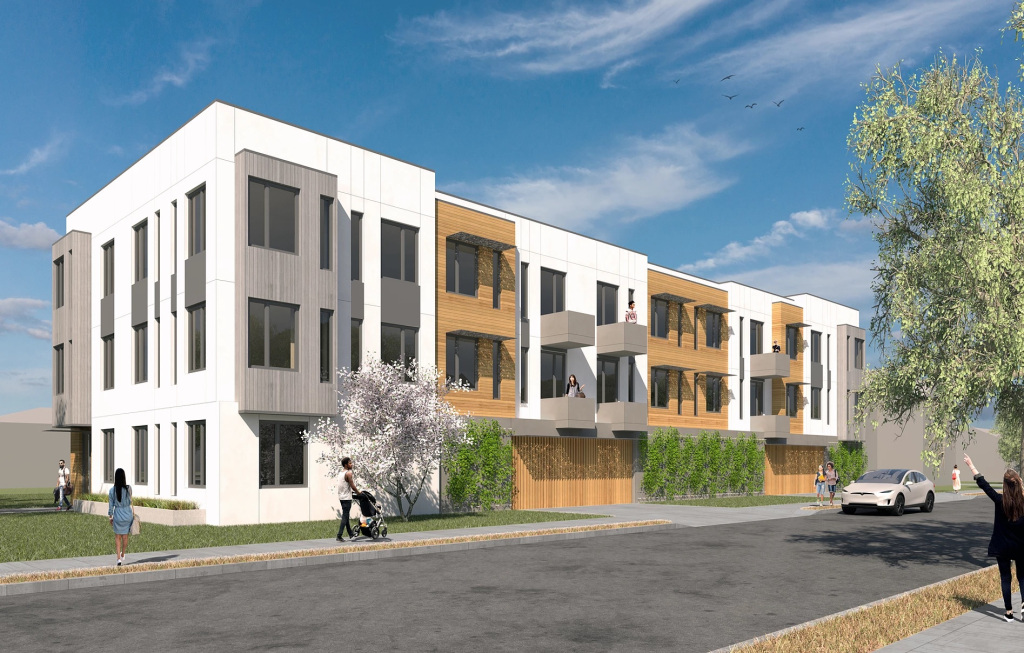 After deliberating for hours Monday night, the council voted 5-2 to make clear that the “planned home” zoning tool it approved in February 2020 to expedite housing projects only applies to commercial and industrial districts, not residential neighborhoods.

As a result, Cato Investments’ plan to build a three-story, 24-unit apartment building on Wellesley Street in the heart of the College Terrace neighborhood likely isn’t going anywhere.

The council’s decision to basically let single-family zones stay pat runs counter to the direction some other Bay Area cities are taking in an effort to eliminate zoning that critics say had the effect of excluding people of color from neighborhoods. In  February, for example, the Berkeley City Council voted to eliminate residential zoning restrictions by December 2022 and allow other types of “missing middle” housing to be built, like apartments, duplexes and triplexes.

Housing advocates who spoke Monday suggested the Palo Alto City Council’s move limits the city’s ability to build thousands of homes in the next several years as mandated by the state.

“That was the mindset, even if it was not articulated in the dialogue,” Planning Director Jonathan Lait said of the council’s February 2020 discussion of the planned home concept.

“I was part of this discussion last year, and I don’t think we ever intended it to be applied citywide in the middle of these residential zones,” Mayor Tom DuBois said. “I wanted to respond to what I think have been incorrect implications of Palo Alto being this homogenous place with single-family homes. I don’t think we are that community.”

“We proposed a missing middle and affordable housing project near transit, jobs and retail,” Gildea said. “Instead of engaging with the idea constructively, the city decided to change the rules in the middle of the game to outlaw this kind of housing from 87% of Palo Alto’s neighborhoods. This blanket ban for denser housing in R-1 is a giant ‘keep out’ sign to firemen, school teachers and others who serve our community.”

She said in a followup statement to this news organization that the company intends to proceed with its application.

Others who addressed the council were equally incensed. Angie Evans of Palo Alto Forward said the proposed changes were “wrong-headed” and “inappropriate.”

“The ‘planned home’ zone never mentioned exceptions” for single-family lots, Evans said. “This is a bad-faith effort that block new affordable housing. Palo Alto is going to make it impossible to equitably zone for housing in every neighborhood. This is the wrong time to propose new housing rules.”

Social activist and former Santa Clara County Assistant Public Defender Aram James said residential zones were “birthed to racially exclude and keep communities of color out” and that the city is setting itself up for a lawsuit.

James said he anticipates an equal protection and due process argument to come before the council saying that members are “violating the rights of people that should be able to live in those R-1 zones by limiting it to something that’s been birthed in racism.”

“It’s embarrassing and I hope you get sued,” James said.

But Councilman Eric Filseth said he is “cautiously optimistic” about the results the planned home zones have delivered so far, including several hundred units already in the pipeline.

“What I thought I was voting for was a mechanism to relax design standards for larger projects in already dense areas,” Filseth said. “I was really surprised that that would get conflated with the issue for whether we should have R-1 zoning. It certainly wasn’t going through my mind when I voted.”

Councilman Pat Burt argued the city doesn’t actually have residential-only neighborhoods anymore after it voted in 2015 to allow up to two accessory dwelling units on single-family lots, a policy that housing advocates wanted for years. Burt said the city “went way beyond” the request of housing advocates “and now the goal posts have been move by some of them.”

In an interview Tuesday, DuBois also agreed with his colleagues that it was never the council’s intent to allow planned housing projects in residential areas. He said the council’s action means an “aggressive policy” of building housing in commercial districts, and he hopes “people appreciate what we’re trying to do.”

DuBois said he wants to preserve the city’s residential zones for people who want to live in those areas, especially new immigrant families who are buying homes in Palo Alto and have certain expectations of neighborhood character.

“We can spur housing production without threatening people who put money into buying a home and into a neighborhood,” DuBois said. “What’s right for Berkeley may not be right for Palo Alto. It’s about each city choosing the strategy that works for their situation.”