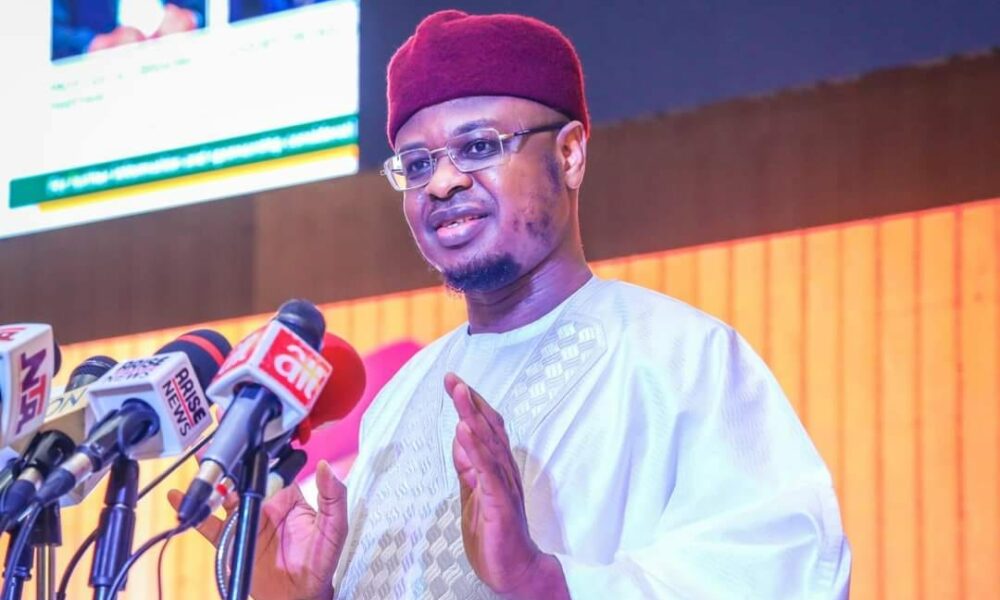 According to a statement obtained by TechEconomy, the Minister said the first book is titled, “Datafication of Society to Foster an Internet Economy” and the foreword was written by the Secretary General of the International Telecommunication Union (ITU), Mr. Houlin Zhao.

“Mr. Zhao has had a long distinguished career at the ITU and has served as the Secretary-General since 2014. The ITU is the oldest UN agency and is a specialized agency of the United Nations responsible for many matters related to information and communication technologies.”

The statement added that the second book is titled “Cybersecurity Initiatives for Securing a Country,” with the foreword written by the President of the International Federation for Information Processing (IFIP), Professor Mike Hinchey.

Professor Hinchey is a professor of software engineering at the University of Limerick, Ireland, and was previously Director of the Software Engineering Laboratory at the National Aeronautics and Space Administration (NASA) Goddard Space Flight Centre in Greenbelt, Maryland, United States of America.

Emerging technologies are playing a vital role in the development of digital economies around the globe.

With respect to datafication, it shows how data- its generation, processing, and use play a critical role in determining success in the digital economy.”

“The book on cybersecurity discusses the importance of cybersecurity in protecting data and infrastructure to secure the digital economy of countries.

Mr. Zhao and Prof Hinchey, both renowned global ICT personalities will serve as special guests at the public presentation,” it added.