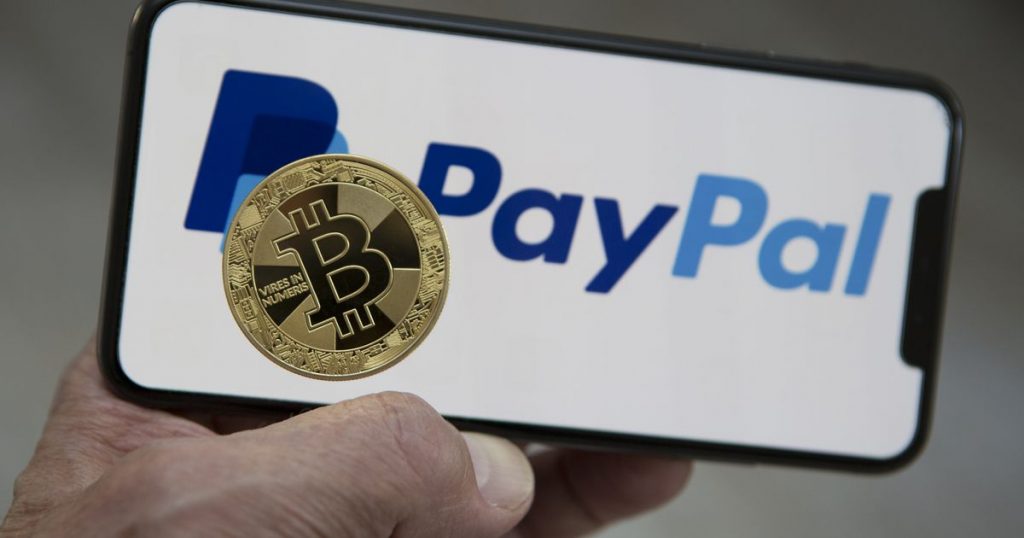 PayPal will soon let you exchange Bitcoin across third-party apps

After years of hesitation, PayPal continues to double down on cryptocurrency.

Soon, PayPal users in the U.S. will be able to transfer, withdraw, and exchange their crypto (like Bitcoin) across popular third-party platforms and digital wallets like Coinbase, the company’s VP of Global Business Development Jose Fernandez da Ponte announced Wednesday at the Consensus 2021 conference. It is yet another step in PayPal’s recent efforts to fully support and become a part of the unwieldy landscape of the cryptocurrency ecosystem.

For a while, the OG online payment platform resisted crypto, preferring to mostly stick with good old-fashioned IRL money. In 2019, it even backed out of supporting Facebook’s ill-fated Libra project. But in October 2020, PayPal made a big move to embrace digital currency by announcing it would finally allow users to buy, sell, and store cryptocurrencies through its own online wallet service. Then in March 2021, it finally allowed Bitcoin to be used as a form of payment, and the PayPal-owned Venmo app quickly followed suit by permitting users to buy and sell Bitcoin in April.

But the latest announcement more fully enmeshes PayPal into the ever-expanding and decentralized world of cryptocurrency exchange.

By not restricting users to users to utilizing their digital currencies exclusively through PayPal platforms, it addresses previous backlash the company got from the crypto community. Its previous approach, which excluded third-party wallet apps where a lot of people’s crypto lives, was criticized for running counter to the most fundamental principle of crypto.

The whole point of this digital currency, according to advocates, is to create a system of commerce that is not controlled by any single organization, company, or country. So by trying to keep things exclusive to their platform, PayPal was accused of placing a stranglehold on users that inherently devalued the crypto bought through it. If the Bitcoin on PayPal could not be freely exchanged across third-party wallet apps, critics said, then how could it even be considered “real” cryptocurrency (whatever the hell “real” even means in the context of virtual commerce tied to a blockchain)?

“We understand there is more utility to those tokens if you can move them around,” da Ponte said at the conference, according to Gizmodo. He even alluded to eventually allowing users to transfer their crypto to and from PayPal addresses. “We want to make it as open as possible, and we want to give choice to our consumers, something that will let them pay in any way they want to pay… They want to bring their crypto to us so they can use it in commerce, and we want them to be able to take the crypto they acquired with us and take it to the destination of their choice.”

However, it should be noted that da Ponte offered no further details on how this new policy would be implemented, nor a timeline on when it would be made available to users.