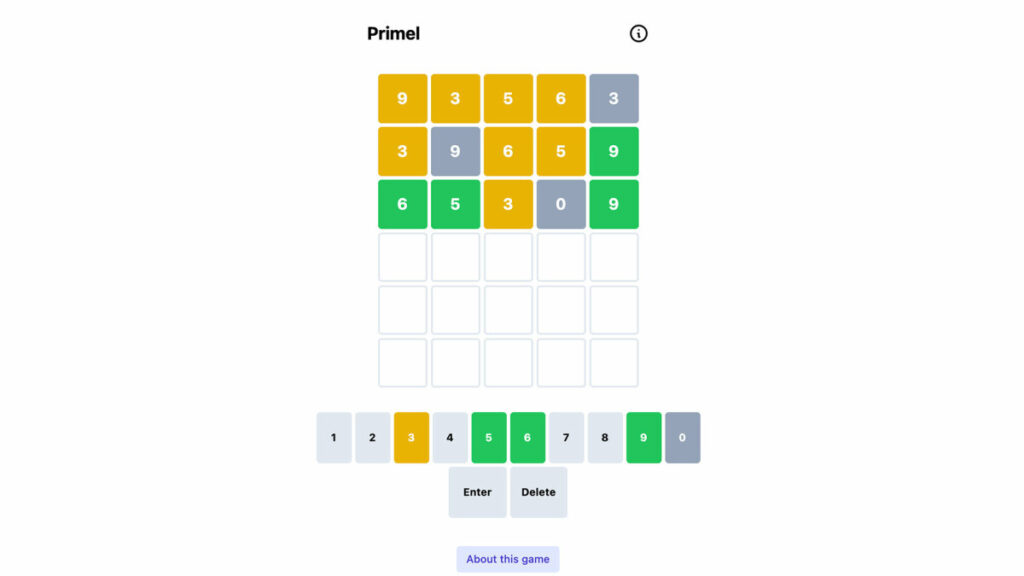 First we had Wordle, then we had Absurdle, and now we have Primel.

Yep, that’s right — yet another iteration of the viral grid-based daily guessing game has surfaced online, and this one may be the most fiendishly head-scratching so far.

First a quick recap: Wordle is a puzzle game that involves guessing a secret word by trying out different word combinations, with clues coming in the form of the different colours the letters in each of your guesses change to (green means a letter in the exact right place, orange means a correct letter in the wrong place, and grey means the letter doesn’t appear in the word at all).

So, how does Primel differ?

Created by Full Stack Developer Hannah Park — who shared the code on github — Primel is pretty much the exact same deal as Wordle, just with prime numbers instead of words.

That’s right, this one involves maths.

You basically have to guess five-figure prime numbers, zeroing in on the correct answer using the colour-coded clues you receive along the way.

Is it as fun as Wordle? Well, given that we continually struggled to think of prime numbers that were five figures long, we’d have to say no — but anyone with a maths brain might enjoy giving it a go.