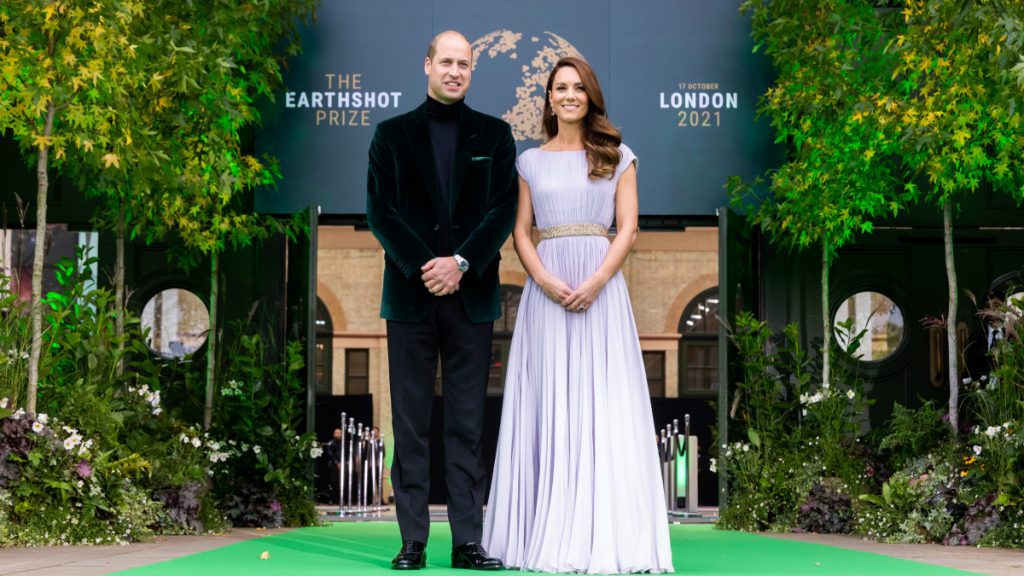 Prince William unveils the 5 winners of the Earthshot Prize

The first-ever Earthshot Prize ceremony, run by The Royal Foundation of The Duke and Duchess of Cambridge, saw some of the world’s leading public figures congregating to honour pioneers in climate activism and those spearheading environmental initiatives globally.

At the ceremony in London, five winners were awarded prizes of £1 million each. The prize is architected to “incentivise change” over the next ten years, with the intention of launching collective and optimistic activism.

The prize name and principles are derived from President John F. Kennedy’s Moonshot initiative, which pushed the U.S. as a nation to reach a goal of landing human beings on the moon. The Earthshot Prize is organised around “earthshots” — five goals to bare in mind as the world fights to preserve the earth, including: protect and restore nature; clean air; build a waste-free world; revive our oceans; and fix the climate.

The Republic of Costa Rica was awarded for its restoration efforts, particularly for its scheme based on paying and working with local citizens to restore their natural forests and ecosystem. Since this programme launched, Costa Rica has reversed decades of deforestation, also leading to a boom in ecotourism and funnelling funds into the country.

New-Delhi based Takachar, a technology start-up, won for its infusion of inventive technology to put an end to the burning of agricultural waste. The technology attaches to tractors in rural and remote farms in India, converting the crop residues into products like fuel and fertiliser.

Coral Vita, an initiative in the Bahamas, also received the prize for helping to restore the world’s dying coral reefs, working with local communities and public officials to do so. Meanwhile, the city of Milan, Italy, was recognized for a city-wide initiative tackling hunger and reducing waste. Their aim is to cut waste in half by 2030, working with the likes of food banks, charities, NGOs, and universities.

Finally, Enapter, a company specialising in hydrogen generators, was awarded for its green hydrogen technology, an inventive electrolyser aiming to transform how the world powers homes and buildings.

“Our five inspirational winners show that everyone has a role to play in the global effort to repair our planet,” said Prince Williams, per a press release sent to Mashable. “We need businesses, leaders, innovators, and communities to take action. And, ultimately, we need all of us to demand that the solutions get the support they need. Because the success of our winners is our collective, global Earthshot.”

The winners were chosen out of 15 finalists who were shortlisted out of a whopping 750 nominations. An expert panel made the final decision, with members including Sir David Attenborough, natural historian and broadcaster, Indra Nooyi, former CEO of PepsiCo, Jack Ma, co-founder of Chinese tech company Alibaba, and singer Shakira.

Discussions are already sprouting between the foundation and the winners to determine how their prize money will be utilised. All 15 finalists will receive support from the The Earthshot Prize Global Alliance, a network of NGOs, philanthropies, and private sector businesses.