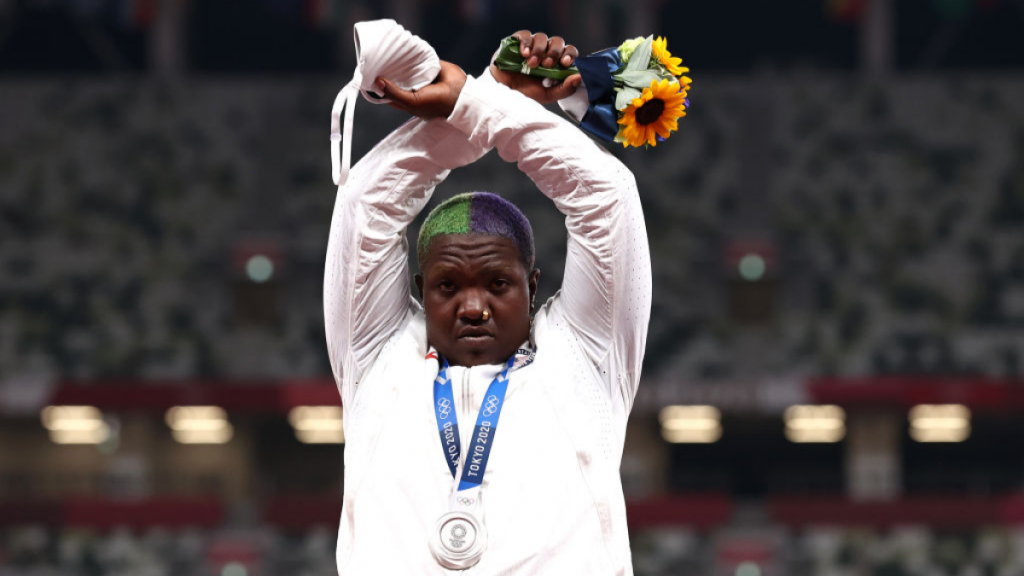 Team USA athlete Raven Saunders has made the first podium protest of the Tokyo Olympics after winning a silver medal in the women’s shot put final.

Saunders crossed her arms in an “X” gesture during the medal ceremony on Sunday, on the podium alongside gold medalist Lijiao Gong of Team China, and bronze medalist Valerie Adam. The gesture, she later said, symbolised “the intersection of where all people who are oppressed meet.”

It is the first on-podium demonstration to have taken place at the Tokyo Olympics. The International Olympic Committee (IOC) changed the rules ahead of the Games, notably relaxing Rule 50, which forbade athletes from participating in any protests.

Athletes are allowed to express views during press conferences and to make gestures on the field as long as it doesn’t cause disruption and is respectful of other competitors. Protests on the medal stand remain banned, however.

Saunders has previously been vocal about her mental health struggles after taking time out of competing in 2018 after attempting suicide. In 2020, she tweeted, “If not for sending a text to an old therapist I would not be here.”

On Instagram, Saunders posted about her victory on Sunday, “Gave EVERYTHING for this. If you are BLACK, LGBTQIA+, Or mentally Struggling. This one is for you. S/O to all my fighters.” 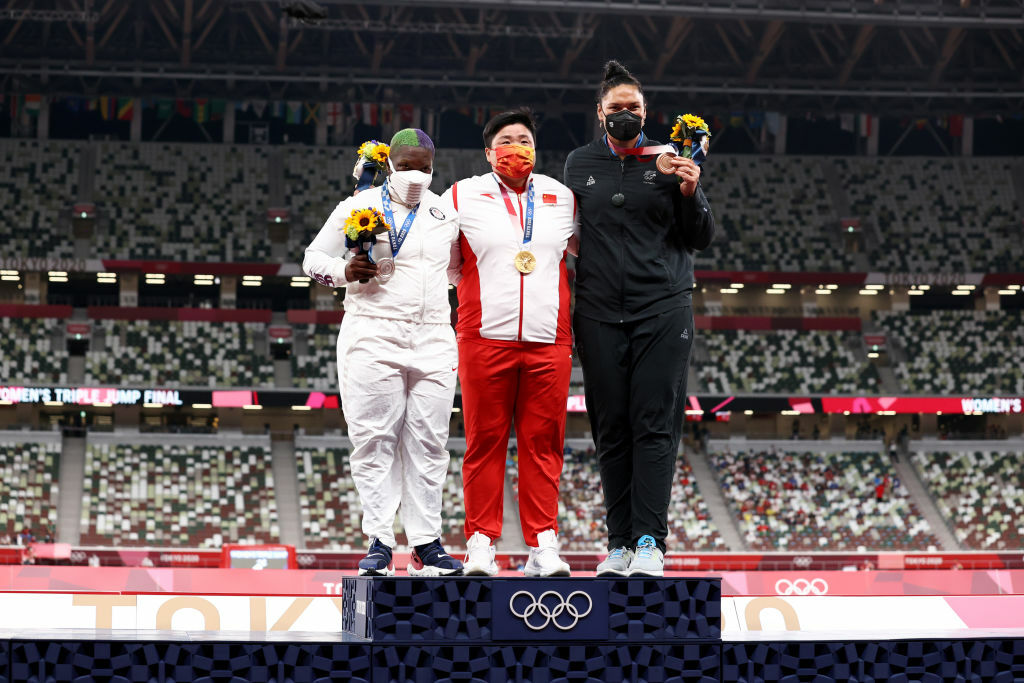 The IOC said it was “looking into” Saunders’ demonstration.

Meanwhile, the United States Olympic and Paralympic Committee (USOPC) conducted its own review and said it in a statement that it had “determined that Raven Saunders’ peaceful expression in support of racial and social justice that happened at the conclusion of the ceremony was respectful of her competitors and did not violate our rules related to demonstration.”

Beth Shriever won gold in BMX racing at the Olympics. She crowdfunded to get there.

The USOPC added that Team USA is “governed by the Olympic Charter and rules set forth by the IOC for Tokyo 2020.”

The consequences of breaching the rules are unknown at this stage as the IOC hasn’t disclosed the potential penalties for podium demonstrations during medal ceremonies.

Following the protest, Saunders tweeted, “Let them try and take this medal.”

If you want to talk to someone or are experiencing suicidal thoughts, Crisis Text Line provides free, confidential support 24/7. Text CRISIS to 741741 to be connected to a crisis counselor. Contact the NAMI HelpLine at 1-800-950-NAMI, Monday through Friday from 10:00 a.m. – 8:00 p.m. ET, or email [email protected]. You can also call the National Suicide Prevention Lifeline at 1-800-273-8255. Here is a list of international resources.